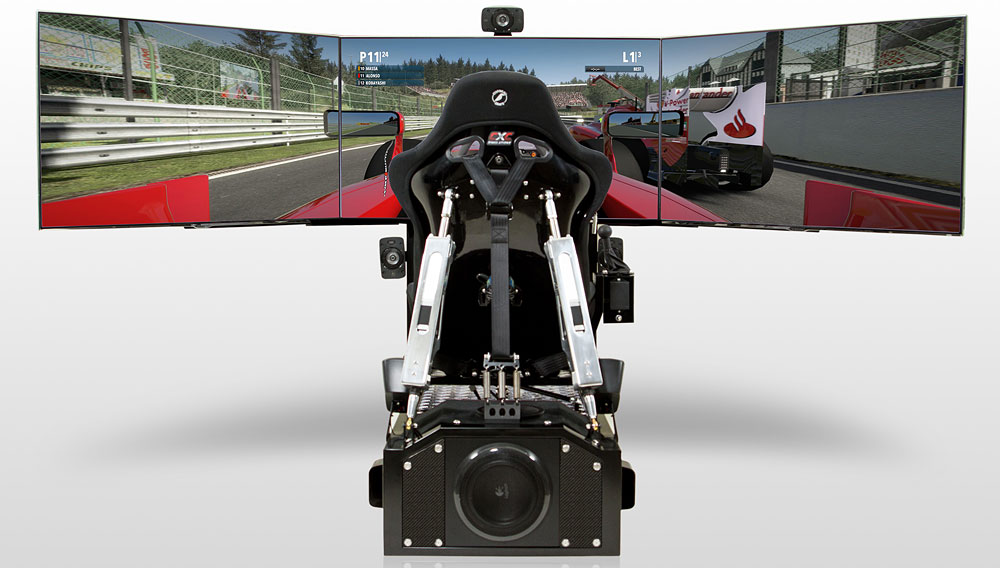 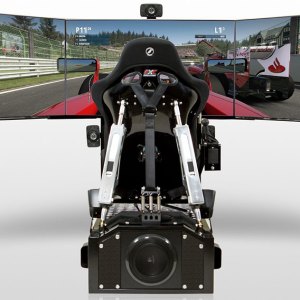 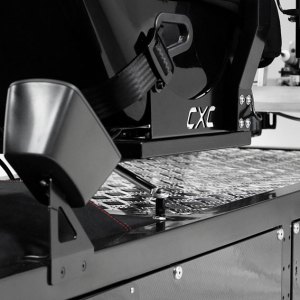 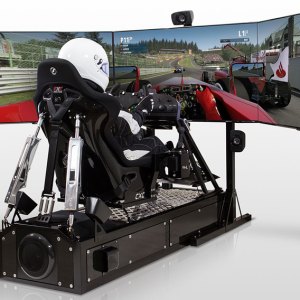 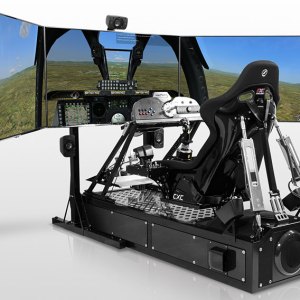 Let’s get this straight: The CXC Motion Pro II is not some video game on steroids. Rather, this full-motion simulator was built specifically as a trainer for professional racers, according to Chris Considine, who founded CXC Simulations in 2007 to develop a machine that would accurately re-create the forces felt in the cockpit of a racing car. (He is the son of the actor, auto journalist, and racer Tim Considine.) Just under 100 CXC simulators have been sold, and the system has been embraced by the pros; no fewer than 12 of the drivers in this year’s Indy 500—including five of the top seven finishers—have trained on them.

Considine says improvements to the system and its software have made the simulators more user-friendly and have brought an increase in sales outside the racing community. “We are seeing some sales to the ‘big boy toy’ market, weekend recreational racers, and it’s a great promotional tool for companies,” he says. Cadillac, for example, has two CXC simulators it takes to races and trade shows, putting more than 2,500 people per event in the cockpit.

The standard single-screen Motion Pro II starts at $45,000. Step up to the Racer, at $59,325, and you get a three-screen panoramic view, an advanced digital-display dash, seat-belt tensioners, and a Formula 1 car steering wheel. The Pro package at $76,675 adds interchangeable components that include a 6-speed shifter, a sequential shifter, and vintage and go-cart wheels, as well as a combat flight package with joystick. All simulators come with a two-year warranty that incorporates free software updates for the graphics, which include legendary racetracks from around the world as well as a full flight simulator.

Considine says that while he can create simulators that incorporate a racecar’s bodywork, that is not the intent of his simulator. Instead, it is geared at giving the driver the most realistic experience possible, through feedback in the steering wheel, pedals, and seat. “The thing that our customers love,” he says, “is that it’s all about the driver.” (888.918.2010, www.cxcsimulations.com