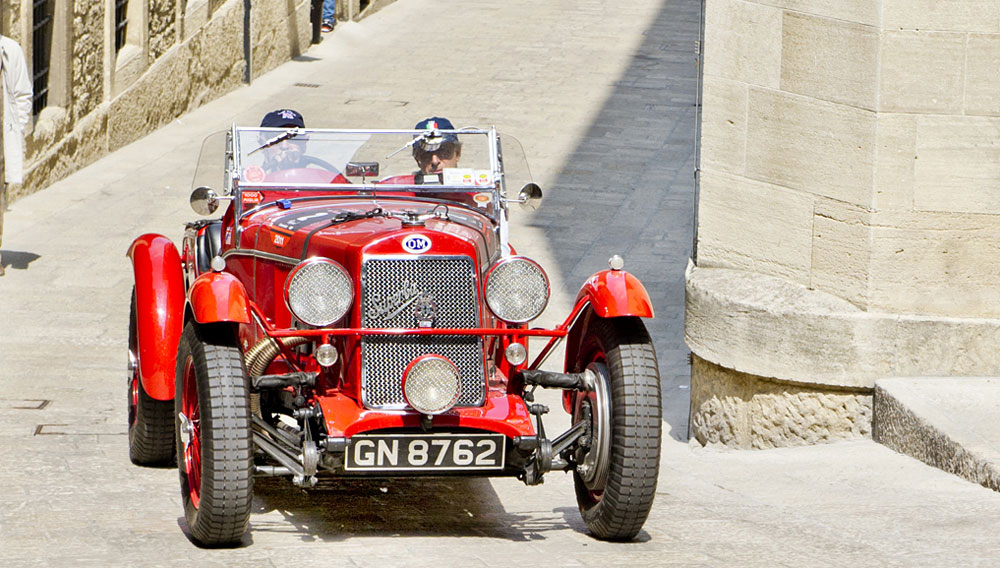 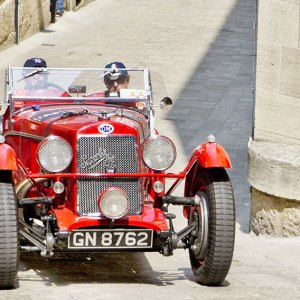 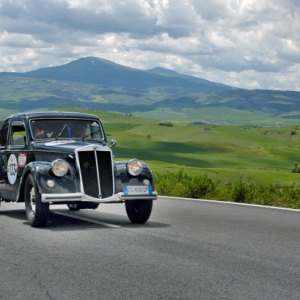 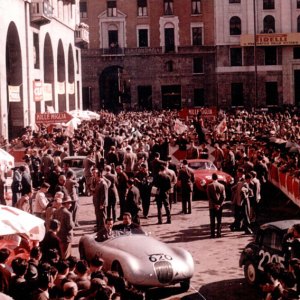 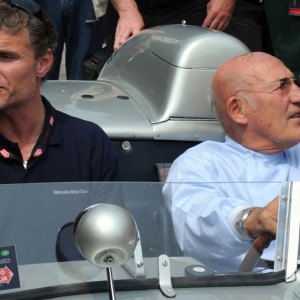 La Mille Miglia, whose name translates from Italian as “1,000 Miles,” is one of Italy’s most celebrated road rallies. Held 24 times from 1927 to 1957, the Mille (as it is more affectionately known) was a flat-out race from Brescia to Rome and back that was forced to stop due to the perilous nature of high-speed driving on open roads—over 50 people lost their lives to the rally. But the Mille was also a place where legends where born; Sir Stirling Moss set a course record in 1955, achieving victory in an amazingly quick 10 hours, 7 minutes, and 48 seconds. So naturally, today the Mille is a place where legends are celebrated.

Revived in 1977, it is now more of a parade for pre-1957 cars; but simply having a vehicle that fits the bill does not guarantee entry. Only 375 cars of the thousands that enter each year are allowed to participate, chosen exclusively from the models that took part in at least one of the original Mille Miglia races. Provenance and rarity play a significant role in the selection process. Witnessing many of the exact models that ran in the original race is not a rare occurrence, and Moss often makes an appearance to remember his victory at the wheel of a Mercedes-Benz 300 SLR.

Unfortunately, registration is currently closed for participation in this year’s Mille. But for those interested in reliving a little bit of history, opening ceremonies take place in Brescia on May 16. (+030.231.8211, www.1000miglia.eu)

Can the Recording Academy Make the Grammys Shine Again?