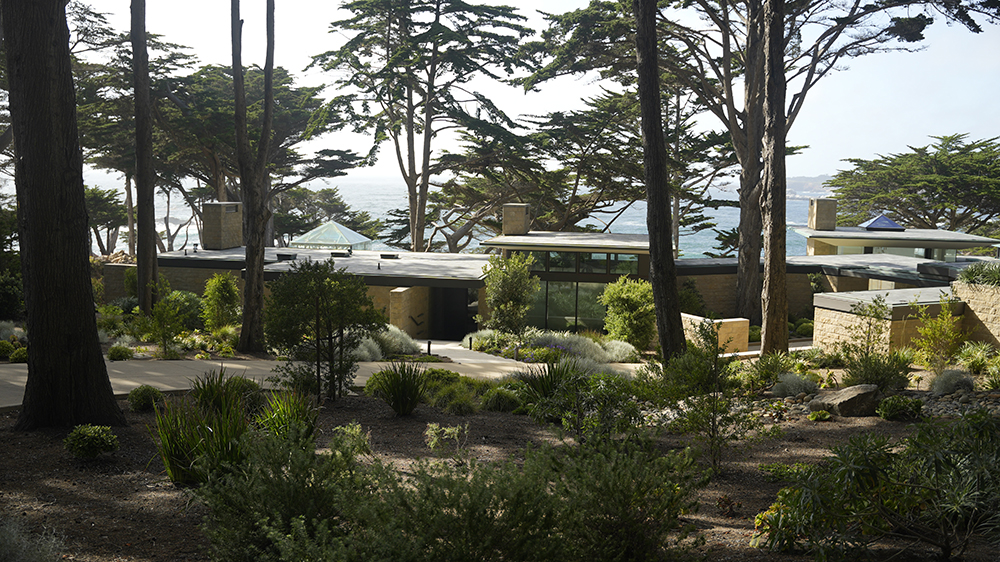 The private home, owned by a Range Rover customer who loaned it exclusively to the carmaker, assumes a more comprehensive, dedicated role than most carmaker-hosted spaces. One Jaguar Land Rover spokesperson says the home was part of a larger global exercise “to create an oasis among everything going on.” Curated events were hosted over six days, from personalized perfume-making sessions to sound baths and yoga classes. Experts on hand included marine biologists to discuss ecological and sustainability issues, and astronomers offering insights about the night sky. Live music, cuisine prepared by house chef Shon Foster and a selection of Napa’s prized vintages rounded out the experience. Through its experiential environment, the home evokes what many automotive lifestyle brands are seeking to project: an emphasis on wellness and environmental awareness.

While the singular setting is the kind of space expected by discriminating clientele, it also served as the backdrop for the debut of the Range Rover SV Carmel Edition, itself a bit of a moon-shot within the ever-escalating arms race of ultra-luxury SUVs. Limited to only 17 units and priced at a celestial $345,000, the Carmel Edition appears to evoke the region’s stunning surroundings through its avant-garde design language: Liberty Blue front seats, Caraway contrast rear seats, and an exclusive satin bronze finish, along with white ceramic switches offsetting the hues with a nautical touch. Powered by a twin-turbocharged 523 horsepower V-8, the sleek sled also houses an electrically powered Club Table and deployable cupholders, as well as an integrated refrigerator and Dartington Crystal glassware etched with SV logos. Included in the ownership experience are two custom club fittings at the Titleist Performance Institute along with two full club sets. First dibs on the 17 super SUVs were offered to Range Rover owners visiting the home, and a portion of the sales proceeds will be donated to the Monterey Bay National Marine Sanctuary.

While the Carmel Edition SV stands apart from less exclusive SUVs, the home heightens the idea that in the face of a clamorous outside world, Range Rover understands its owners aspire not only for beautiful surroundings, but for a sense of peace.

Click here to see all of the photos of Range Rover’s “Wellness House.”