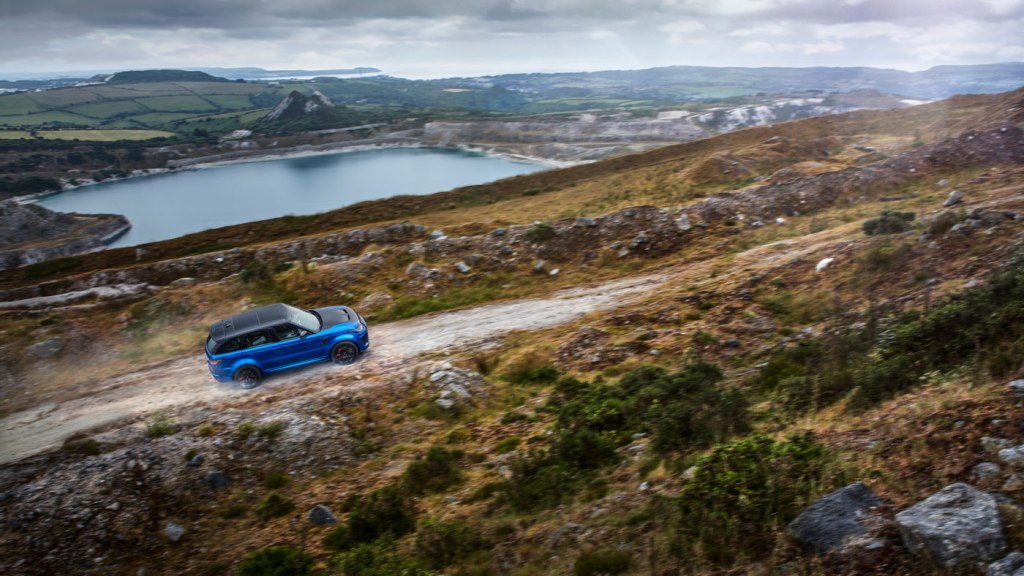 Sometimes you have to go back to a product’s roots to truly appreciate how special it is. I was reminded of this on a recent visit to the United Kingdom, where Land Rover was born. I was there to drive two of the most technologically advanced Range Rovers ever created. One was a plug-in hybrid Range Rover Sport, the company’s first; the other was a new souped-up Sport SVR, as fast as most sports cars.

The two new Range Rovers were fabulous, but my attention was arrested on another model entirely—a very old and beaten Series 1 Land Rover, which was rotating atop a pedestal. On my tour of the English countryside, I’d stopped at the Jaguar Land Rover Classic Works facility in Coventry. Opened only last year, Classic Works is both a showroom and a huge garage devoted to classic Jaguars and Land Rovers. (Both brands are now owned by Tata Motors.)

The Classic Works facility is new, but its products are not. You can bring your vintage Jaguar or Land Rover there to be either completely restored or serviced. Even better, you can buy a fully restored classic directly from the company.

The Series 1 that I was fascinated by was one of the first Land Rovers ever made, a prototype shown in 1948 at a European auto show. It spent decades rotting in an English field until the company found and rescued it. The paint is mostly gone, the sides dented, and the grille a mess, but it still speaks clearly to the brand’s mix of bold design and genuine utility.

The back garage and front showroom are stuffed with vintage gems like an original 1970s-era two-door Range Rover, several Series 1s, and all kinds of Defenders. The mix serves to remind that this is Land Rover’s 70th anniversary. Even over that much time, the vehicles remain remarkably focused.

Granted, that original 1970 Range Rover in the showroom is a far cry from the 2019 models in the parking lot. The former is painted in Bahama Gold, has only two doors, and is powered by a carbureted V-8 that makes all of 132 hp.

Reluctantly leaving the Classic Works, I got behind the wheel of the plug-in Range Rover Sport. Officially known as the P400e, it uses a conventional supercharged four-liter gasoline engine working in tandem with an electric motor. The electric range is modest at only 31 miles. That works fine if your daily commute is short, but it is also an eye to the near future when some city centers (like London) will likely only allow hybrid or electric vehicles inside certain neighborhoods.

My concern that the P400e will feel slow or laborious is soon allayed. It won’t break speed records (zero to 60 mph in 6.4 seconds), but it indeed drives and handles like a Range Rover Sport. I even got to take it off-road on a very muddy track and crossed a shallow lake, both located in an old forest outside an English palace from the 1700s. The vehicle has an updated interior, with twin digital touch screens. Pricing for the Sport plug-in will start at around $80,000.

To be honest, I got a bigger charge out of the Range Rover Sport SVR, a product from the company’s Special Vehicle Operations team. It starts at around $115,000 and gets a supercharged five-liter V-8. The engine, good for 575 hp, allows a zero-to-60-mph acceleration time of 4.3 seconds. The Sport SVR easily owns these roads.

A note about these roads . . . they are narrow. Many are bordered by stone walls. And, of course, everyone drives on the left side. My circuitous route took me around the West Midlands and famous villages such as Stratford-upon-Avon, and also the Cotswolds’ gorgeous rolling hills.

These are the areas where Land Rover first cut its teeth, and even today you’re as likely to see a Land Rover product driving around as you are a Porsche 911 in Los Angeles. They are everywhere.

It must be said that there’s something to clambering into the driver’s seat on the right side rather than the left. They were originally designed for right-hand drive, after all. Another thing: You are also acutely aware of its size. The villages were not designed for SUVs.

But, you want to fit in. Whether it’s driving across a muddy farmer’s field or to a charming inn that is centuries old, the Range Rover Sport is the vehicle to do it in. You’ll be like a local.