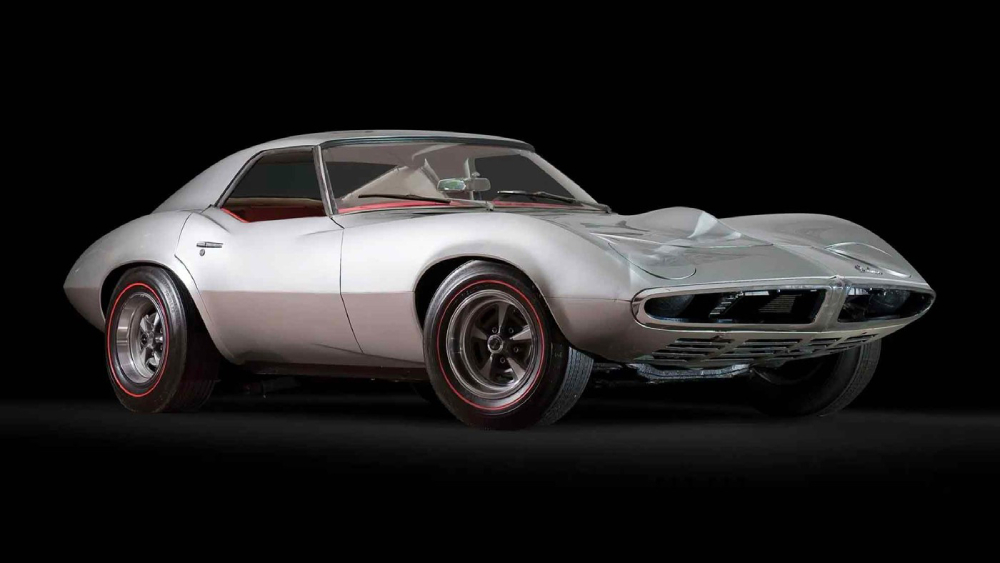 Created by a car design icon, Pontiac’s Banshee never went into production. But the opportunity to own a piece of automotive history is now yours as the only example is going up for sale. All you’ll need is $750,000.

Officially known as the XP-833 Banshee coupe, this experimental car was developed in 1964 by one John Z. DeLorean––yes, that John DeLorean. At the time, DeLorean was urging General Motors to make a two-seater sports car to compete with Ford’s iconic Mustang and eventually got his wish.

DeLorean and his team devised the Banshee with flowing lines that seemed to foreshadow the muscle cars which would come to dominate the following decade. But its aesthetics might have been just too good for its own good. Possibly concerned that the sleek new sports car would eat into the Corvette’s market share, Chevrolet killed before it got off the ground. The car would go on to inspire Pontiac’s legendary Firebird and, ironically, Corvette’s 1968 model.

The Banshee as seen from the rear.  Courtesy of Napoli Classics

So, how did this one-off survive given its competitive downfall? One savvy GM employee managed to convince management to sell it to him. That employee remained the owner until the car was put up for sale in 2006 when it sold for $214,500. Its current seller, Lenny Napoli, is a second-generation car dealer who’s father founded a Pontiac dealership and operated it until GM did away with the marque. “I have an assortment of many kinds of collector cars,” Napoli told MotorTrend. “But Pontiacs are my favorite. A factory concept car like this is about the most exclusive Pontiac you can get your hands on.”

Of course, there is one drawback to owning the Banshee, as Napoli notes. As a one-of-a-kind, hand-built car, finding replacement parts is an impossibility, especially when it comes to the lightweight fiberglass body panels. The vehicle is a lightweight 2,200 lbs. and runs on a Pontiac Overhead Cam six-cylinder engine that has only racked up a meager 1,500 in its several decades of life. Learn more at the Napoli Classics website.