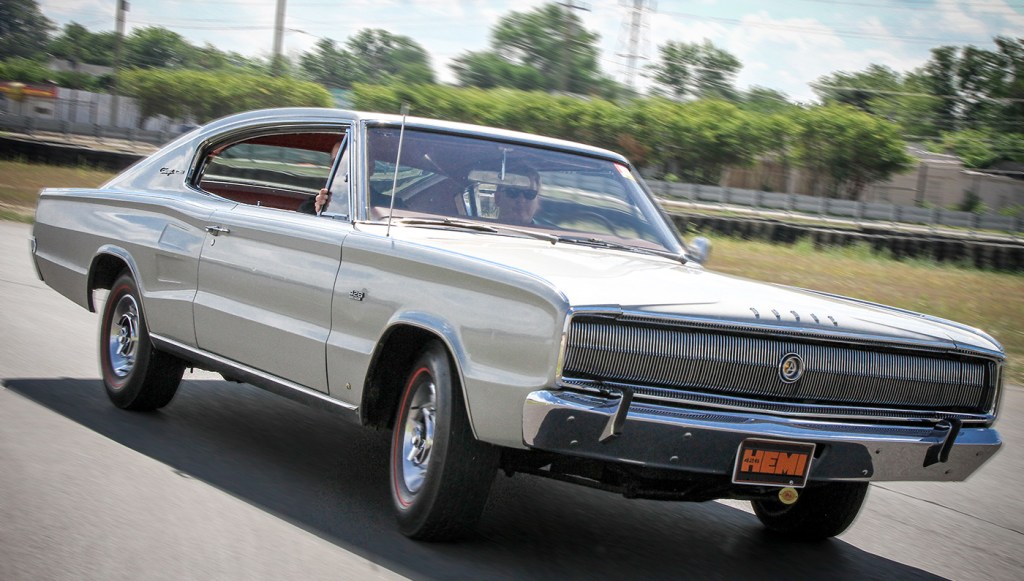 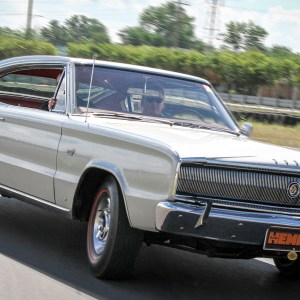 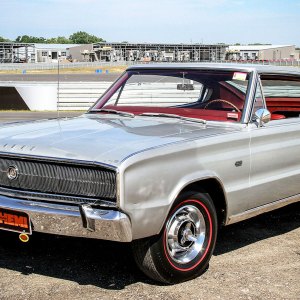 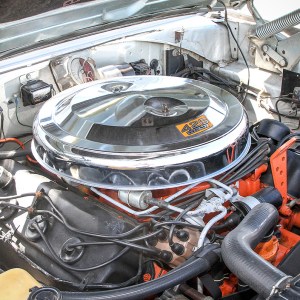 Making a pilgrimage back to its point of production, a rare 1966 Dodge Charger Hemi has rolled into Detroit, Mich., to commemorate the model’s 50th anniversary. Invited by the Historic Vehicle Association (HVA), the blue-chip beauty owned by Ohio residents Jason and Brenda Hephner is a pristine representation of the muscle car that helped make Motor City and the Chrysler marque famous.

Of the more than 37,000 examples purchased in 1966, only 468 were ordered with the optional (and expensive) 426 Hemi V-8 engine—available to the public for the first time to meet NASCAR’s homologation requirements. The engine ponies up 425 hp, enabling the two-door fastback to bolt from zero to 60 mph in under 7 seconds. And the power paid off, as racer David Pearson drove a competition version to victory at the NASCAR championship that same year.

Priced at about $4,500 when new, the model is now highly collectible with a value of up to $119,000 for those in premier condition. Though not for sale, the Hephner’s classic stallion stands out even further in value as it is one of only three unrestored 1966 Charger Hemis still around and the only one that maintains its original color scheme (a silver exterior complemented by a red interior). Fittingly, it is currently in the process of being recognized on the National Historic Vehicle Register. (historicvehicle.org)