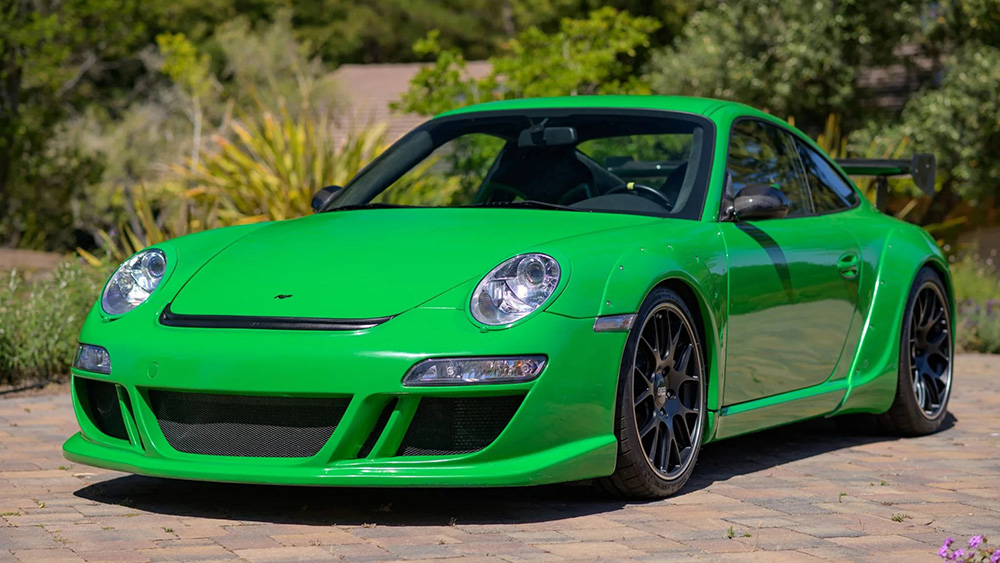 Rufs are particularly coveted among Porsche buffs. For proof, look no further than the rarity up for auction on Bring a Trailer.

The 2007 RGT in question, which was only listed at the start of the week, has sparked a bidding war among collectors and is sitting at $130,000 at the time of this writing. That makes it around the same price as the new 911 GTS.

For the unversed, Ruf is a legendary Porsche tuner that is known for putting a high-powered spin on Stuttgart’s finest. Since Ruf builds vehicles from the ground up, it is considered a legit German marque and even has its own certified VIN that starts with “W09.”

The Ruf RGT churn out just shy of 500 horses.  Bring a Trailer

This particular model is one of Ruf’s second-generation RGTs. Released in 2005, the RGT 3.8 is based on the 997 GT3 and features Ruf bodywork, including carbon-fiber panels, kevlar doors and a polyurethane front air dam. The engine lid, mirrors, ducktail spoiler and adjustable rear wing are also crafted from carbon. As a result, the Ruf weighs just 2,932 pounds.

Under the hood, meanwhile, the regular RGT 3.8 usually packs a 3.8-liter naturally aspirated flat-6 mated to 6-speed manual transaxle and can produce 445 hp at 8,400 rpm. This powerful ride, however, comes fitted with a SharkWerks-modified engine that’s been bored out to 3.9 liters. As a result, it can churn out just shy of 500 horses.

The car sports a black leather interior with green trim.  Bring a Trailer

As for looks, the four-wheeler is finished in Viper Green over black leather. The cabin sports an integrated roll cage, Recaro seats with six-point harnesses and a high-tech Bose sound system. Of course, there is the obligatory RUF badging throughout, along with green accents to tie in the exterior.

To top it off, the Ruf RGT has only 16,000 miles on the dial and is offered in California with complete service records. Bidding wraps up in four days’ time.