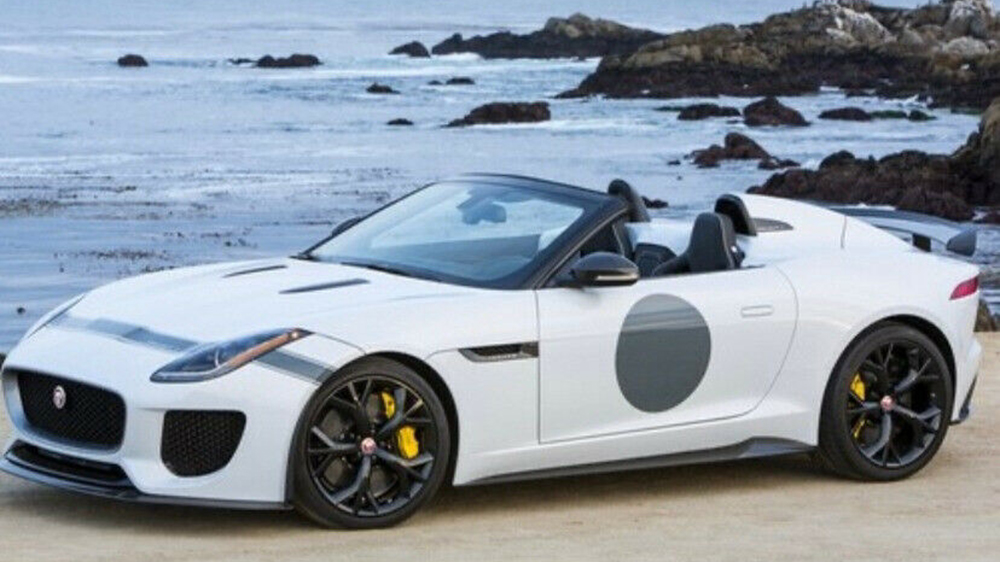 Serious auto buffs know that when they want to add a special vehicle to their collection, the major auction houses, like RM Sotheby’s, Barrett-Jackson and Gooding & Company, are usually the best bets. But, sometimes, rare vehicles can be found in the most unlikely places—like eBay, which just so happens to be offering an extremely rare 2016 Jaguar F-Type Project 7.

The Jag is one of only 250 examples of the limited-edition F-Type that were ever built, only 50 of which made their way to the US. While that would be more than enough to turn most collectors’ heads, this model is also in excellent condition, having totaled just 481 miles since leaving the factory.

But as rare as it may be, the F-Type Project 7 is also a beautiful sports car. The exclusive variant was designed to commemorate the racing success of the automaker’s C- and D-type cars in the ’50s and ’60s, according to Road & Track. While the body of the Glacial White vehicle is thoroughly modern, it features a period-appropriate race car-style livery that features a front stripe, side gumballs and a rear decklid like the one on the D-Type. Even its name is meant as a celebration of the company’s on-track glory, referring to Jaguar’s seven Le Mans wins during the era.

But there’s much more to the F-Type Project 7 than some cosmetic flare. The car features the same massive 5.0-liter supercharged V8 that was in the F-Type SVR. Mated to an eight-speed automatic transmission, the brawny motor is capable of churning out 575 horses and 516 lb-ft of twist. The power translates into speed; the rear-wheel-drive vehicle can go from go from 0-60 mph in just 3.8 seconds and reach a top speed of 186 mph. Other enticing features include a performance-tuned suspension, a switchable active exhaust system and a carbon ceramic matrix braking system.

If the F-Type Project 7 has caught your eye, you’re in luck. There are still five days before bidding ends. As of writing, the car, which is being sold by Primo Classics International in Florida, is up to $70,100, though the unlisted reserve has yet to be met. Get in while you can, gents.