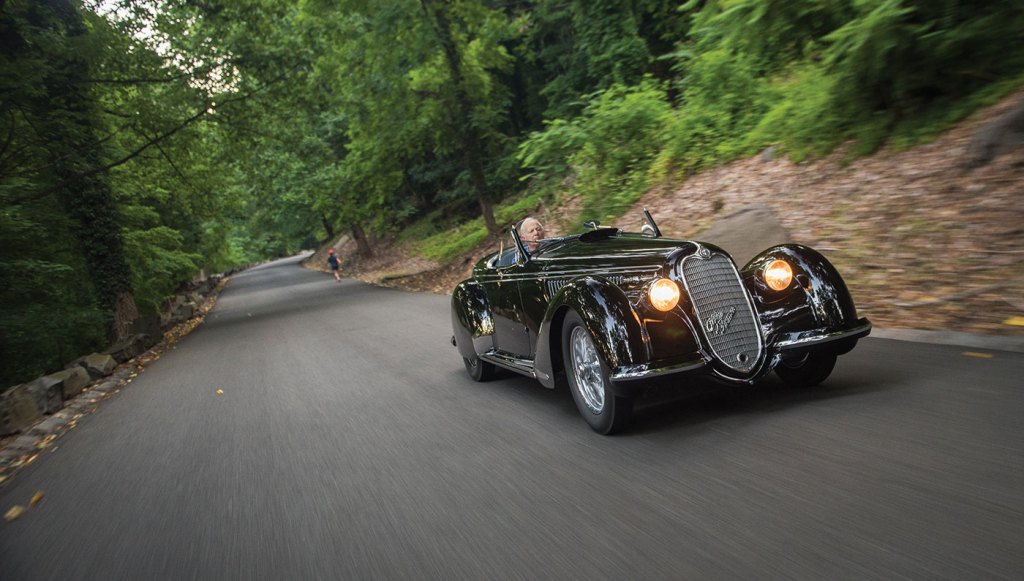 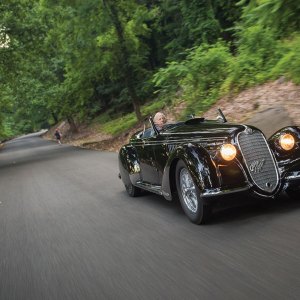 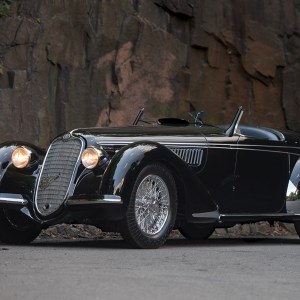 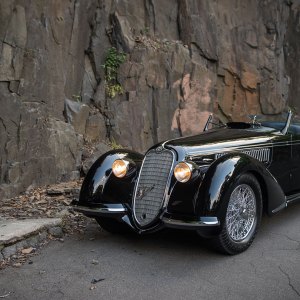 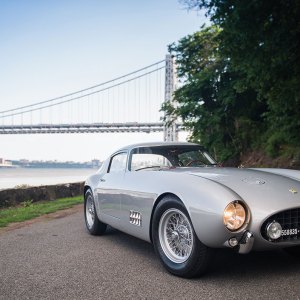 A premier example of prewar automotive excellence, a 1939 Alfa Romeo 8C 2900B Lungo Spider by Touring will surely spark a battle of bids at the RM Sotheby’s Monterey sale in Monterey, Calif., on August 19 and 20. Nicknamed the “Alfa 2.9,” it was one of the true templates for the gran turismo and rivals Bugatti’s Type 57 variations in art deco artisanship.

Of the 32 original chassis known to have been built, No. 412041 is one of only about 12 spiders in the line with bodywork by Carozzeria Touring. The long-wheelbase tourer touts a power train that includes a 182 hp, 2.9-liter supercharged straight-8 engine mated with a 4-speed gearbox. The particular prize on offer has spent 20 years under the stewardship of collectors Sam and Emily Mann who logged over 12,000 miles on its odometer participating in numerous classic road rallies. It has also been showcased in author Simon Moore’s definitive book The Immortal 2.9: Alfa Romero 8C 2900 and has undergone a restoration by Tony Merrick that merited an award from the Pebble Beach Concours d’Elegance. The example on the block is expected to break the record for price paid at auction on any car manufactured before World War II. Those interested can preview the vehicle until early August at Sotheby’s New York.

Another momentous automobile from the Mann Collection will be a 1956 Ferrari 250 GT Berlinetta Competizione “Tour de France” that has been with the connoisseur couple for over 15 years. Powered by a 237 hp V-12 engine, the model line earned its name with a first-place finish at the famed French endurance race in 1956. Of the 77 examples built, chassis No. 0507 GT competed in the Mille Miglia that same year, as well as the 1959 Tour de France. In 2006, the car collected the Best of Show GT accolade at the Cavallino Classic in Florida. And while it is estimated to fetch up to $9 million, it should be noted that another of the same model Prancing Horse from that year sold for $13.2 million through RM Sotheby’s in 2015.

Along with a total of five cars from the Mann family, the 100-lot compilation will also comprise the one-of-a-kind Shelby Cobra CSX 2000, the Jaguar D-Type that won Le Mans in 1956, and historic horsepower from the Jim Click Ford Performance Collection.