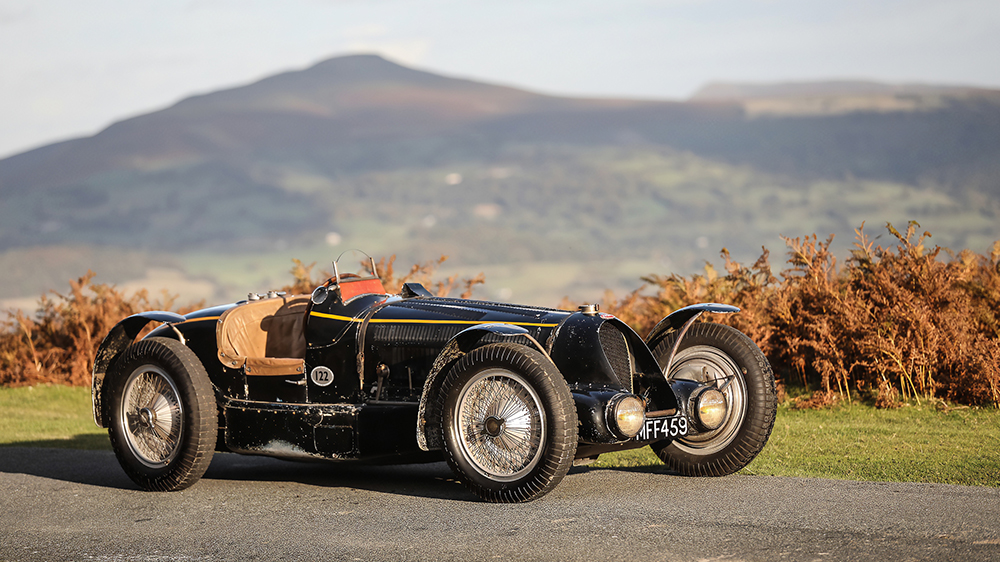 Picture your dream lineup of classic cars and you’ve pretty much captured Gooding & Co’s latest auction. Fittingly titled Passion of a Lifetime, the sale includes collectible four-wheelers from almost every era and is crowned by a coveted 1934 Bugatti Type 59.

The auction is part of automotive heaven a.k.a. the Concours of Elegance 2020 and will take place at Hampton Court Palace in the UK on September 5. The 15 dream machines on offer hail from one of the world’s most revered private collections and together are expected to fetch in excess of $56 million (£43 million).

The crème de la crème is, of course, the Type 59. The crown jewel in Bugatti’s unmatched portfolio of brilliant automobiles, this historic vehicle was actually an original competition racer and has a number of pole positions to its name. Once retired from racing in 1938, it was sold to King Leopold III of Belgium and remains in the pristine condition in which he kept it. Quite literally fit for a king, the regal racer is expected to sell for more than $13 million (£10 million).

Another standout is a remarkable 1961 Aston Martin DB4 GT Zaga. One of just 19 ever made, this is the sole example finished in fetching Peony Red and is considered to be one of the best DB GT Zagatos in existence. Fittingly, the crimson beauty has a top estimate of $11.8 million (£9 million).

The sale also includes a 1937 Bugatti Type 57S Atalante that’s expected to eclipse $9.2 million (£7 million), a 1955 Aston Martin DB3S which has a high estimate of $5.3 million (£4 million), along with a handful of Lamborghinis, a couple of Bentleys and a Rolls-Royce just for good measure. (You can peruse the full catalog here.)

The drool-worthy lots will be on display at Hampton Court Palace from Friday, September 4 through to Saturday, September 5 and you can purchase tickets to the Concours of Elegance here. If you’re unable to make it in person, auto enthusiasts can watch the live auction via Gooding & Company’s website or YouTube channel.

You can check out more photos of the cars on offer below: