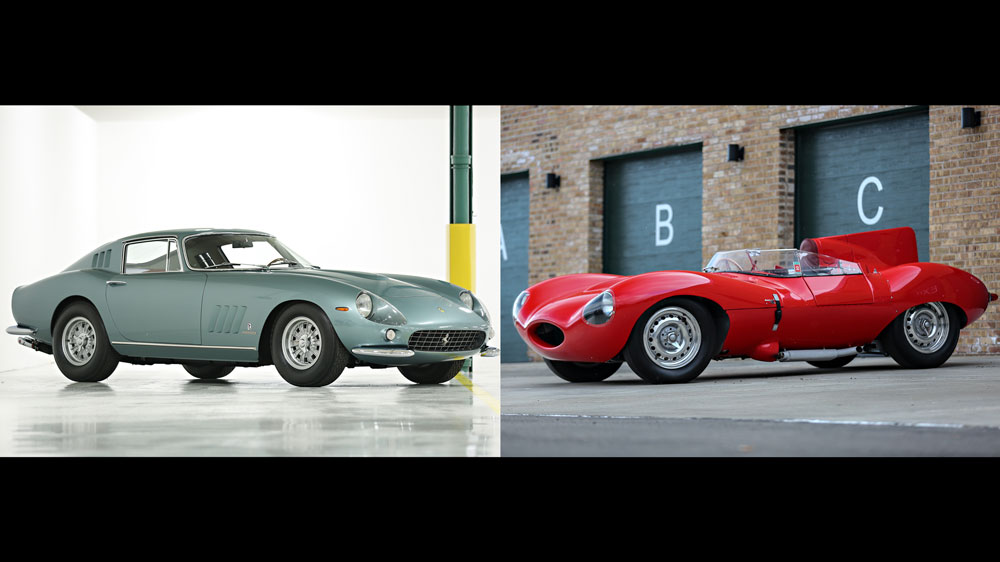 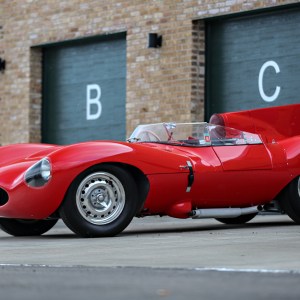 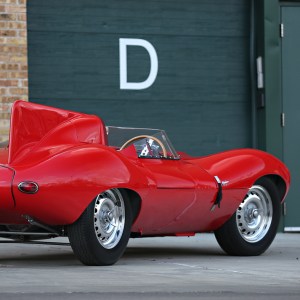 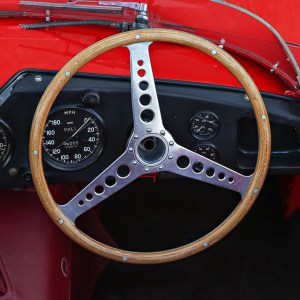 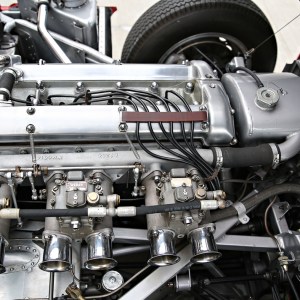 Life is full of difficult decisions, and avid car collectors are about to face a doozy due to Gooding & Company’s Scottsdale Auctions in Scottsdale, Ariz., on January 19 and 20. Among the 131 automotive lots will be two superlative supercars from their respective decades: a 1956 Jaguar D-Type and a 1965 Ferrari 275 GTB Speciale—each expected to move off the block for multiple millions.

As the alphabet would suggest, Jaguar’s D-Type was the successor of the marque’s successful C-Type that finished first at the 24 Hours of Le Mans endurance race in 1951 and 1953. The D-Type followed down the same road with a trifecta of Le Mans victories from 1955 through 1957, along with a litany of top spots in other major motorsport competitions. The innovative racer was developed to include an alloy monocoque chassis with tubular subframe, Dunlop disc brakes, and aerodynamic accents inspired by the aviation industry.

“The D-Types were among the most incredibly advanced and beautiful cars of their time, and they are still charming and arresting,” says Gooding & Company founder David Gooding. “Frankly, the model caught a lot of the other race manufacturers off guard and had elements that made Ferrari, Maserati, and Aston Martin take notice. It was a car that they definitely kept a close eye on, and oftentimes lost to.”

The Jaguar D-Type was developed with aerodynamic accents inspired by aviation.  Photo by Mathieu Heurtault, courtesy of Gooding & Company.

The example on offer, chassis No. XKD 518, was purchased by its first private owner, Peter Blond, in 1956. Blond competed with it extensively in the United Kingdom and drove it to victory at the Snetterton National Race the following year. The car—carrying a 250-hp, 3.4-liter engine mated to a 4-speed manual transmission—had 13 different owners after Blond, including racer Jean Bloxham who campaigned it in contests at Silverstone and Goodwood. The purchase price for this distinctive D-Type is estimated at up to $12 million.

The iconic cockpit of the 1956 Jaguar D-Type.  Photo by Mathieu Heurtault, courtesy of Gooding & Company.

The second headliner at Gooding & Company’s upcoming sale is a true rarity—even in the rarified world of one-offs. The 1965 Ferrari 275 GTB Speciale being presented by the action house is the sole example of a 275 GTB with a body by Pininfarina. The vehicle (chassis No. 06437) was exhibited at motor shows in Frankfurt, Paris, Torino, and Brussels before becoming the personal conveyance of Battista Pininfarina, founder of the famed coachbuilding firm.

“There’s so many things about this car that will not fit on the more common-production, Scaglietti-bodied cars, and it was custom-built for Battista Pininfarina,” explains Gooding. “The only person that’s probably more significant in Ferrari history than Battista Pininfarina is Enzo himself—and they were very good friends.”

Finished in the striking Acqua Verde Metallizzato color scheme, the premier prancing horse—with a 265-hp V-12 engine paired with a 5-speed manual transmission—has had seven stewards since Pininfarina began its provenance. Battista’s former beauty is expected to garner up to $10 million.

When asked which of the two exceptional automobiles he would choose to own if forced to pick, Gooding was gobsmacked. “That’s tough. God, you know, I truly wouldn’t be able to decide.”

The auctions, expected to bring in between $78 million and $95 million in total sales, will take place at the Scottsdale Fashion Square. Bidding will be accepted in person, by telephone, and in absentia.