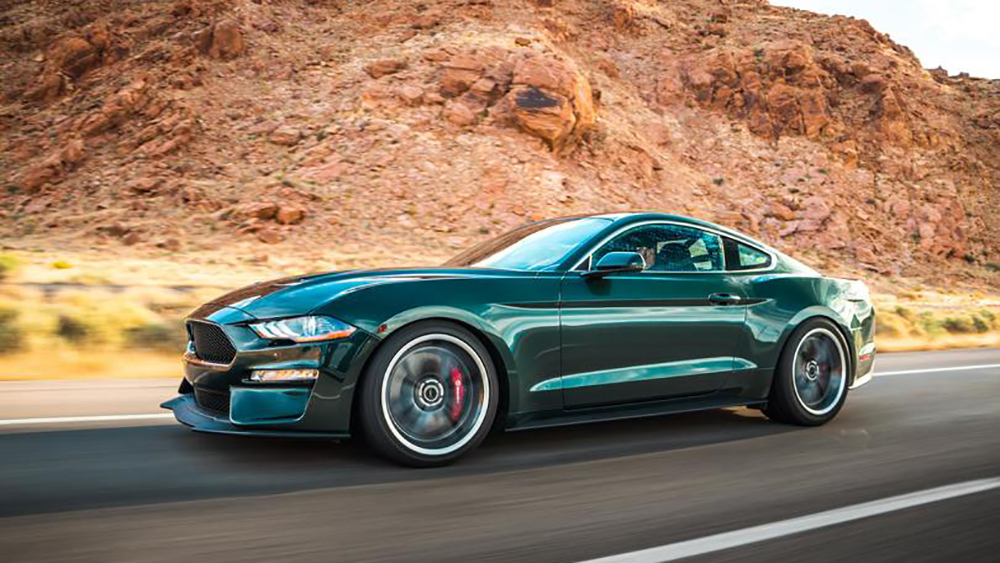 Collectors looking to channel the King of Cool have just been gifted a golden opportunity. A limited-edition Ford Mustang based on the exact one Steve McQueen drove in the ‘68 classic Bullitt will soon go under the gavel at Monterey Car Week.

The commemorative pony was released back in 2019 to celebrate the 50th anniversary of the beloved ‘60s thriller. In one of the most memorable scenes, the Hollywood legend drove a Highland Green 1968 Ford Mustang GT Fastback through the streets of San Francisco in an exhilarating high-speed car chase. The lean, green muscle machine pretty much stole the show, and its modern-day successor is no slouch, either.

Steeda Performance Vehicles worked alongside Chad McQueen of McQueen Racing to create this special edition modified version of the standard road-going Bullitt. Under the hood, it packs a 5.0-liter V-8 mated to a six-speed manual transmission and can churn out 480 hp for a top speed of 163 mph. In case that’s not enough grunt for you, the Bullitt is also equipped with a Gen 5 Whipple supercharger system that can produce more than 775 hp, along with an array of performance upgrades.

The Bullitt packs a 5.8-liter V-8 plus supercharger and can churn out more than 775 hp.  Russo and Steele

Needless to say, this thing can run. In fact, Robb Report put the Bullitt through its paces two years ago on the roads surrounding the Bay Area. Although there were no jumps over the hills of downtown San Francisco, the four-wheeler’s nimble handling and impressive performance still provided its share of thrills.

As for aesthetics, the Bullitt sports the same green hue as the original, though it has a sleeker, more sculpted exterior. The interior has been updated, too, with a modern infotainment system and electronics package that includes a touchscreen, a Bang & Olufsen audio system, navigation, blind-spot monitors and a memory function for the driver’s Recaro seat. It’s a far cry from the predecessor’s vintage analog gauges and dials.

The Bullitt’s interior is decidedly more modern than the original.  Russo and Steele

The Bullitt will lead Russo and Steele’s collector car auction, taking place August 12-13. The auction house hasn’t given an estimate, but the starting price for the new Bullitt was $47,595 back in 2019.

“This commemorative Mustang is perfect for car enthusiasts seeking the thrill McQueen felt as he sped around San Francisco in the classic Bullitt movie,” Drew Alcazar, auction president and CEO, said in a statement.

Check out the photos below: