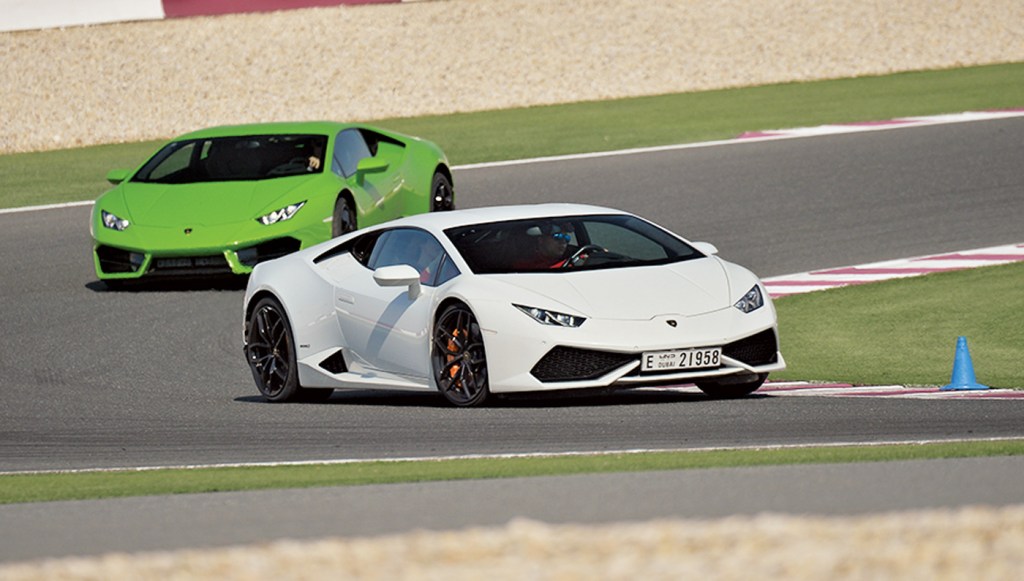 Extreme design, a naturally aspirated engine, and all-wheel drive have long been the essentials of road cars from the Italian automaker Lamborghini. The new Huracán LP 580-2 has only two of the three. It’s a rear-wheel-drive variant that, according to Lamborghini CEO Stephan Winkelmann, “is an opportunity to enlarge [the brand’s] fishing ground.”

Winkelmann was speaking at the Huracán LP 580-2’s media launch in December at Qatar’s Losail International Circuit. There the car demonstrated how it may lure enthusiasts who are seeking an even more thrilling driving experience than the higher-powered and higher-priced all-wheel-drive Huracáns offer. Lamborghini will begin deliveries of the LP 580-2 in March. At just under $200,000, it’s the lowest-priced model in the brand’s lineup, but it’s intended for purists, not entry-level Lamborghini owners.

The new Huracán resumes Lambor­ghini’s practice of producing mid-engine, rear-wheel-drive road cars, which began in 1966 with the Miura. All-wheel drive became a priority for the company when it launched the Diablo VT in 1993 and remained so with the subsequent Murciélago and Gallardo ranges. Rear-wheel drive didn’t return until 2009, with the limited-edition Gallardo LP 550-2 Balboni, named for Lamborghini’s former test driver Valentino Balboni. Other rear-wheel-drive Gallardos followed. Lamborghini adapted the Gallardo LP 550-2’s drivetrain from the existing all-wheel-drive system, but it developed the Huracán LP 580-2 as a rear-wheel-drive model from scratch.

The LP 580-2 joins the LP 610-4 coupe and Spyder in a model range that also includes the LP 620-2 Super Trofeo racecar. The new Huracán shares some commonalities with the racer, but its 5.2-liter V-10 engine has been dialed back to 580 hp, as the model name denotes. Nevertheless, the LP 580-2 accelerates from zero to 62 mph in 3.4 seconds and reaches a top speed of 199 mph. At 3,062 pounds (dry), it weighs 73 pounds less than the LP 610-4 coupe. Recalibrated stability- and traction-control systems and driving modes—Strada, Sport, and Corsa—further contribute to the LP 580-2’s lively performance.

Compared to the other Huracán models, the LP 580-2 has larger front air intakes below the dagger-point headlamps, unique 19-inch wheels, and special Pirelli P Zero tires, which combine with a stiff front suspension to enhance turn-in response.

For the laps at Losail, Lamborghini’s current test driver, Mario Fasanetto, recommended the Sport setting and manual control of the 7-speed dual-clutch automatic transmission. In this mode, the LP 580-2 felt vibrant and precise. The throttle controlled the car’s attitude as it slid through the corners, and it was easy to correct oversteer. It may have been possible to log faster laps in an all-wheel-drive Huracán, but it probably would not have been as much fun.