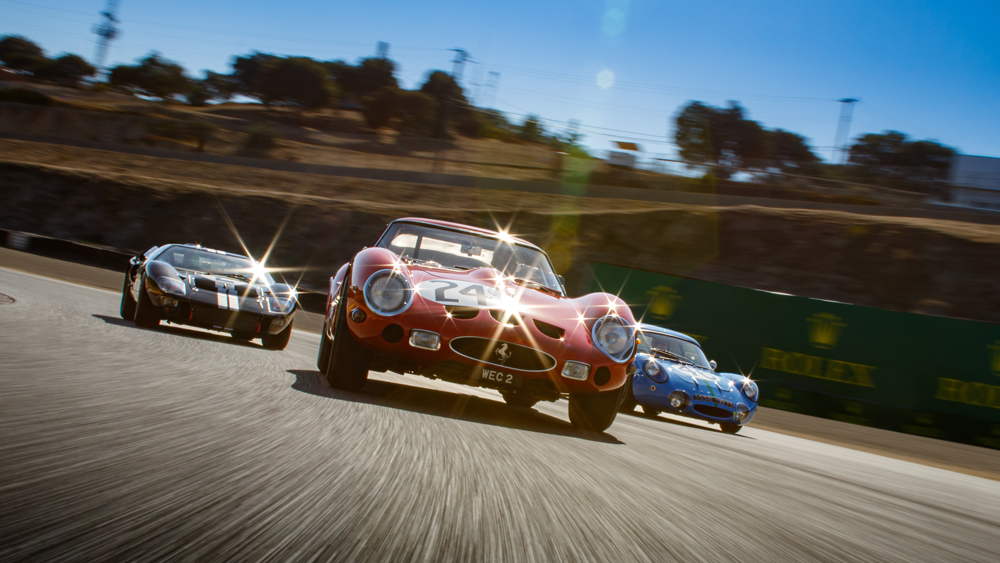 Like swallows returning to Capistrano or gray whales gunning it back to Baja, automotive cognoscenti the world over migrate en masse each year to Northern California’s Monterey County in August. They have been answering the innate call since the first Pebble Beach Road Race, circa 1950. Although the latter was short-lived, the accompanying concours grew exponentially over the decades, becoming the driving force behind numerous ancillary events, from classic tours to historics racing to automobile auctions. Soon, each iteration became the temporary epicenter of car culture.

The multiday exhibition now exerts an unparalleled influence on the industry, evidenced by the fact that most high-profile automakers use it to showcase new concepts and production models. It’s also a time to strengthen the bonds of an already tight-knit community, one that’s seeing its landscape shift like never before. Now that the last of the confetti has fallen, here’s what we’ll remember from Monterey Car Week 2022.

On August 17, the Monterey Jet Center once again played host to the aviation and automobile fete that has been known as the McCall’s Motorworks Revival for the last three decades. For 2022, however, the expo debuted as Motorlux with its new owner Hagerty at the helm. Judging by the size of both the exhibition and crowd, the transition seems to have rolled along as smooth as a Mercedes-Maybach on butter.

Approximately 3,000 guests filled the event space over the course of about six hours, gazing at more than 150 exotic automobiles, 10 airplanes and 3 helicopters, while grazing on cuisine from numerous top chefs in the area. Complementing the culinary spread were an array of spirits, as well as wine from 10 surrounding vintners.

One of the most dominating displays was Phillip Sarofim’s 1951 Grumman HU-16 B, a stunning reminder of the Golden Age of aviation. A fortunate few were allowed to tour the interior, which presents an aesthetic more akin to that of a superyacht in fit and finish. The periphery of the aircraft was accented by several Myers Manx dune buggies, both original examples and the new one Sarofim developed with designer Freeman Thomas after taking ownership of the name. Also elevating the experience were a 2022 Cirrus SF50 Vision Jet and examples of Bell’s 407 and 505 helicopters, among other top-tier flying machines. As for some of the supercars and classics, read about them here.

The Quail, A Motorsports Gathering

On August 19, top-tier automobile manufacturers and collectors converged on Northern California’s Carmel Valley for their annual version of show-and-tell known as The Quail, A Motorsports Gathering. And just as with classmates competing to impress their peers, the game of one-upmanship seems to escalate every year.

The 2022 edition of the combination concours and exposition, held at the Quail Lodge & Golf Club, served as the platform for 19 model premieres as well as a competition that saw more than 200 classics, supercars and exotics judged for the title Best of Show—an honor that went to a 1956 Jaguar D-Type.

Fitting for summer, reveals of new open-air models seemed to make the most impact. Maserati presented its 621 hp MC20 Cielo Spyder, Bugatti displayed its 1,600 hp W16 Mistral—inspired by the 1934 Bugatti Type 57 Roadster Grand Raid—and Hennessey showcased the new 1,817 hp convertible version of its Venom F5. To find out more about this hypercar and other debuts, read about them here.

Every year, WeatherTech Raceway Laguna Seca becomes the racing world’s equivalent to the ballpark in Field of Dreams, a near-mythic testing ground where bygone-era race cars come back to compete as part of the Rolex Monterey Motorsports Reunion. Held from August 17 through 20 this time around, the four-day racing retrospective commemorated the 100th anniversary of the 24 Hours of Le Mans, the world’s most renowned automotive endurance contest. As seemed only appropriate, the Grand Marshall was none other than Tom Kristensen, the winningest driver at Le Mans with nine overall victories. Among the machines on hand that had won at France’s fabled Circuit de la Sarthe was Kristensen’s own 2005 Audi R8 LMP1, accompanied by the likes of other first-place finishers such as the 1964 Ferrari 250 LM and the 1966 Ford GT40.

In between the various waves of qualifying sessions and competition, VIP attendees and invited guests were given hot laps by pro drivers or, in some cases, even invited to drive behind Kristensen himself while tracing the best line through the infamous “Corkscrew” and rest of the more than 2.2-mile track. Now that’s one for the ages. More of the race action can be seen here.

Every renowned golf venue in the world has its vaunted traditions; Augusta with The Masters, St Andrews and the British Open, but for Pebble Beach, the top-ranked and revered public course in the United States, its legacy is equally tied to a very different game. Near the end of summer each year, among the most avid car collectors and restorers in the world drive for show, positioning themselves on the final fairways as part of the storied Pebble Beach Concours d’Elegance, an automotive contest that played through beautifully again on August 21.

By day’s end, the confetti fell on a stunning 1932 Duesenberg J Figoni Sports Torpedo, owned by Lee R. Anderson Sr, of Naples, Fla. But a lot transpired prior to that much-anticipated moment. This year, the field comprised more than 200 cars divided into 28 classes that ranged from Antique to American and European Classics to several marque-specific and commemorative categories. The latter featured tributes to the 100th anniversary of Lincoln as well as that of the 24 Hours of Le Mans.

Yet it wasn’t just the classics that garnered attention. As per usual, the Concept Lawn in front of the lodge was barely visible due to the crush of photographers and admirers trying to get eyes on the latest dream machines. Read more about the winners and Bugatti’s rarified roadster here.

The 5 Most Expensive Cars Sold at the 2022 Monterey Auctions

“This year’s Monterey auctions were eagerly anticipated as a barometer of the state of the industry, particularly with respect to the impact from a potential recession, higher interest rates, war in the Ukraine and post-Covid behavioral shifts,” says Juan Diego Calle, car collector and co-founder of Classic.com. “During Monterey, it seemed as if all of those were non-issues. It was business as usual—booming, in fact.”

The five that fetched top dollar this year at public auction were all from last century—the most recent built in 1957—and all from the storied marques you would expect. Also no surprise is that they came from auction houses the likes of Gooding & Company and RM Sotheby’s, the latter responsible for not just the highest seller, but four out of the five. Who knows? One or more of these may be rolling onto the final fairway at Pebble Beach to compete for Best of Show when Monterey Car Week Gears up again next August. Read about, and see, the cars here.