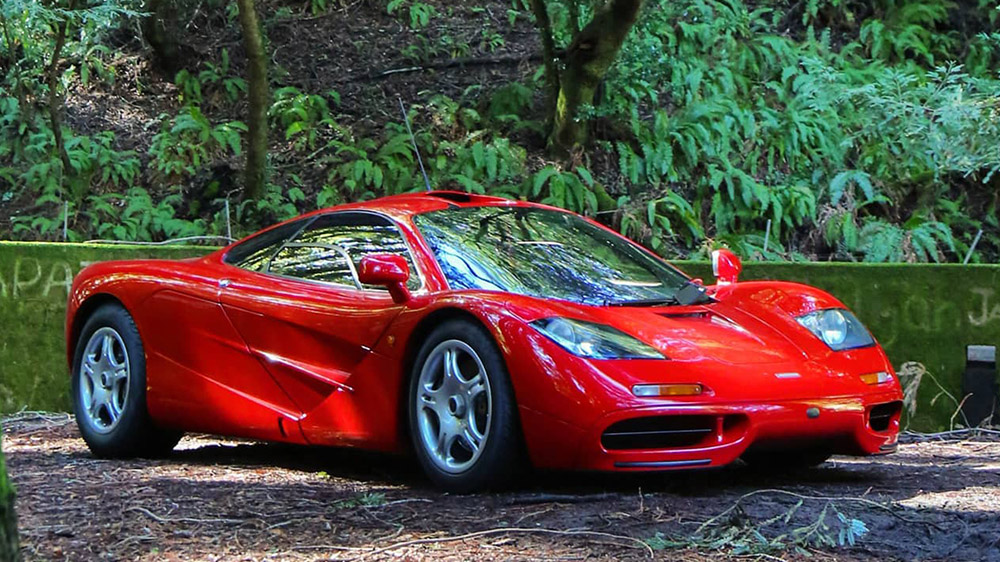 The McLaren F1 isn’t just one of the most important supercars of all time, it’s also one of the most exclusive. Because of that, serious collectors must act quickly on the rare occasion one goes up for grabs.

Now, one of those moments is upon us, as a red 1995 F1 was just listed for sale by second-hand supercar dealer, Issimi. Even better: This F1, one of just seven ever sold in the US, is in excellent condition.

Introduced in 1992, the Gordon Murray-designed speed machine changed the course of supercar history with its aerodynamic design and cutting-edge technology, and is even viewed by some enthusiasts as the first hypercar. It’s easy to see why. Underneath its gorgeous carbon-fiber body is a 6.1-liter BMW S70/2 V12 mated to a six-speed manual that can churn out 627 horses, 479 ft lbs of twist and redline at 7,500 rpm. Nearly three decades later, it’s still considered one of the best powertrains of all time.

This particular example is from the 1995 model year—the car was only in production from 1992 to 1998—and has been “superbly maintained” since rolling off the line, according to Issimi. It’s finished in red and has a interior done up in black with red accents that has enough room for you and two passengers. It’s gone through two owners during its lifetime, though the dealership did not reveal the exact number of miles on the odometer.

But its this F1s rarity that makes this sale so notable. 106 examples were built during its seven-year production run, and only 64 were street legal. Of those, only seven were sold to owners in the US. The new owner will be

Issimi doesn’t list a price for the vehicle but urges those interested to contact one of its advisors. If you do miss out on this F1, don’t fret, though. We don’t know of any other examples of the supercar due to hit the market in the near future, but Murray’s current creation, the T.50, is scheduled to go on into production next year. That high-tech speedster is expected to cost around $3 million.