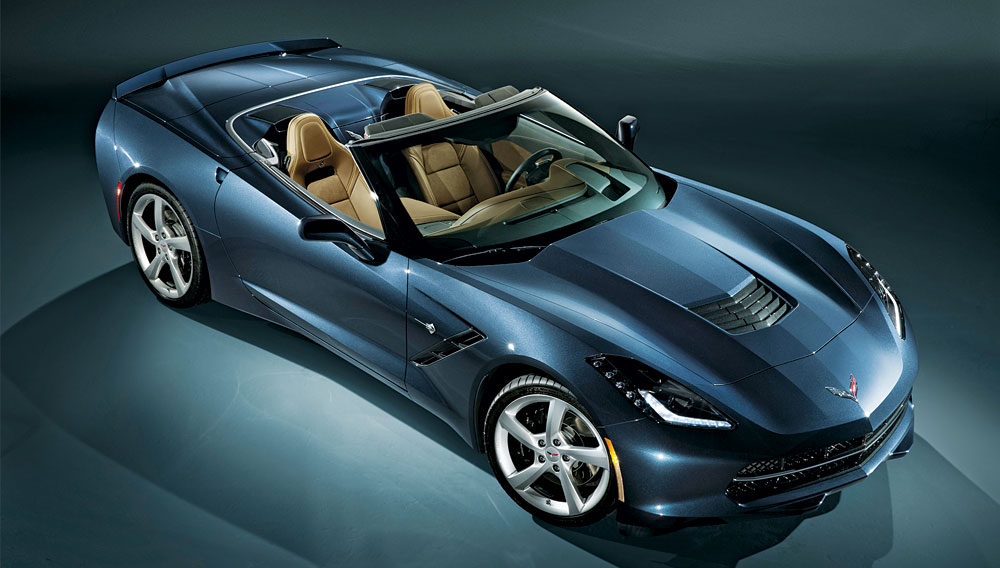 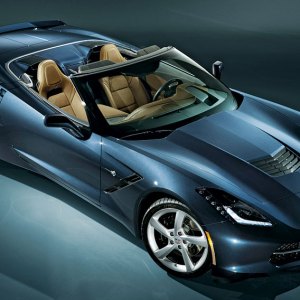 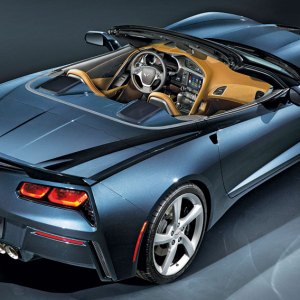 At a stoplight on a December day in Palm Springs, Calif., a woman in an adjacent car admired the 2014 Chevrolet Corvette Stingray convertible (painted what Chevrolet calls Night Race Blue Metallic) and asked, “When do I get mine?” This is the type of question that onlookers often jokingly ask writers as they test-drive the cars that populate the pages of this magazine. But in this case, the question was serious. “I’ve already ordered mine,” she explained. “It’ll be my third ’Vette convertible, and now I’m just waiting for the dealer to call so I can pick it up.”

Similar scenes unfolded throughout the day, with drivers and pedestrians querying seriously about the car’s availability. Each encounter served as a reminder of the test-drive’s location—Palm Springs, where a Corvette certainly is affordable compared to many of the other cars on the roads. The questions also demonstrated Corvette fans’ zeal and eagerness as they await the arrival of each new generation of the model.

The Stingray is the seventh generation of the Corvette, a model that has been in production since 1953. The convertible’s debut, last March at the Geneva International Motor Show, followed that of the Stingray coupe earlier last year. The new convertible and coupe retain the core characteristics of a Corvette—high performance, relatively low price, distinctive design—but compared to the sixth generation, the C6, the Stingray (convertible and coupe) has a more comfortable interior and edgier, more aggressive-looking exterior styling that includes angular lines and rectangular taillights, which replace the round lamp design that was a signature of previous generations of the Corvette. The Stingray also features more sophisticated driving dynamics.

The convertible’s chassis is identical to the coupe’s; it did not require any modifications to maintain its rigidity. And the roof-folding mechanism adds only 64 pounds to the car’s weight. The convertible’s performance specifications also are the same as the coupe’s: Its 6.2-liter V-8 produces 460 hp and 465 ft lbs of torque, which rocket the car from zero to 60 mph in 3.8 seconds when it is equipped with the optional Z51 performance package. The only negative for the convertible is trunk space, which shrinks to 10 cubic feet (versus 15 cubic feet for the coupe). But the gains in style, scenery, and soundtrack more than compensate for that small sacrifice.

The Stingray’s top drops in 21 seconds and can do so while the car is traveling as fast as 30 mph. The naturally aspirated V-8 is throaty and thunderous and may compel a driver to goose the throttle just to hear its sound. The V-8 has no sweet spot; it delivers immediate neck-snapping power and a head-turning snarl at virtually every rpm.

Enjoyable as the Stingray is to drive on the open road, it reveals more charm in the corners, where it remains perfectly poised and demonstrates spectacular grip, even when the roads are shoddy and especially when the car is equipped with the optional Magnetic Ride Control adjustable damping shocks.

The Stingray convertible has a base price of just under $57,000 and can cost more than $80,000 for the highest trim with all the mechanical, interior, and exterior options. As for its availability, the new Corvette has now arrived at dealer showrooms—in case you see one on the road and don’t want to ask the driver.