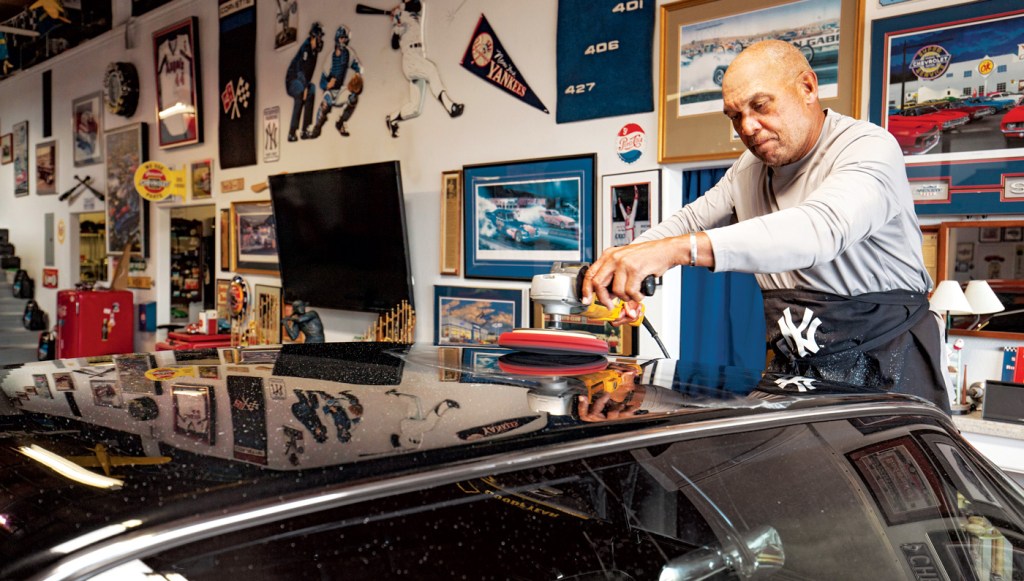 Collectors can regard their cars as parents do their children: They won’t pick a favorite. However, Reggie Jackson does acknowledge a particular fondness for these three gems in his garage.

On the morning of October 19, 1977, the day after he hit home runs in three consecutive at-bats in the clinching game 6 of the World Series at Yankee Stadium, Jackson rewarded himself. “I walked into an exotic-car dealership owned by a friend and paid $64,250 for the Rolls, which was silver and Seychelles blue—perfect Yankees colors,” he recalls. “I immediately drove cross-country in it. I was on the CB radio, and was stopped five times by the police, but not for speeding. The officers said they just wanted to meet me.”

Jackson’s black ’Vette is from the final year of the model’s first generation, which still featured a wraparound windshield and exposed headlamps and was available only as a convertible. He purchased it in 1978. “It was once owned by this famous old drag racer, [Bill] ‘Grumpy’ Jenkins,” Jackson says. “A couple of buddies of mine drove Corvettes in high school, and I always wanted one but could never afford it. So buying that ’Vette really was a kid’s dream come true.”