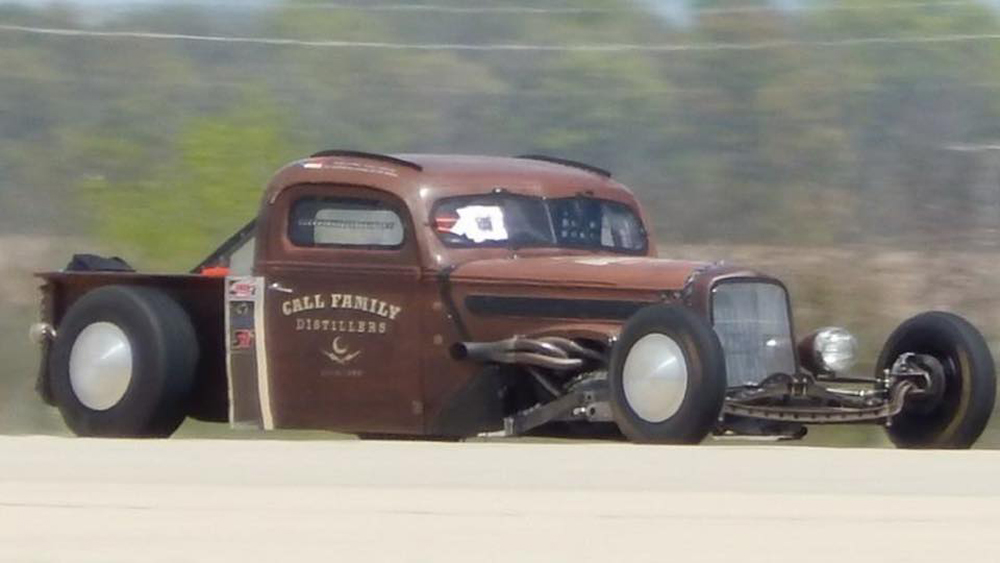 Next month, April 26 through the 28th, The Garage Shop will be entering one special vehicle for the Arkansas 1-Mile challenge: a 1939 Ford Truck, called Project 39. The Garage Shop, a vintage race car restoration and track support crew, considers the 80-year-old fully steel truck a labor of love, which is powered by a 358 Ford small block, built and developed by owner Aaron Brown.

It ran a 200.4 mph in 2014, and “we’re really just running project 39 for fun,” said Brown. “It would be great to see if we can beat our own record. The truck essentially has a NASCAR engine it, so it should perform well. Brown, who was previously a NASCAR engine developer, will also be behind the wheel of a 2018 Ford Fusion Stock Car from Roush Fenway Racing. That’s powered by a Roush Yates motor, which would mean it’s got all the necessary juice to run 220+ mph all day long.

After spending most of the ’90s with NASCAR, where he was wrenching alongside of some of the top teams in the stock car sport, including Dale Earnhardt Inc., and Ray Evernham, Brown worked on a build for a land speed car that set a flying mile record in 2007 with a blistering 244.9 mph run.

If you want to learn more about the Arkansas 1-Mile Challenge, head over to East Coast Timing’s website for the full run of show and schedule.