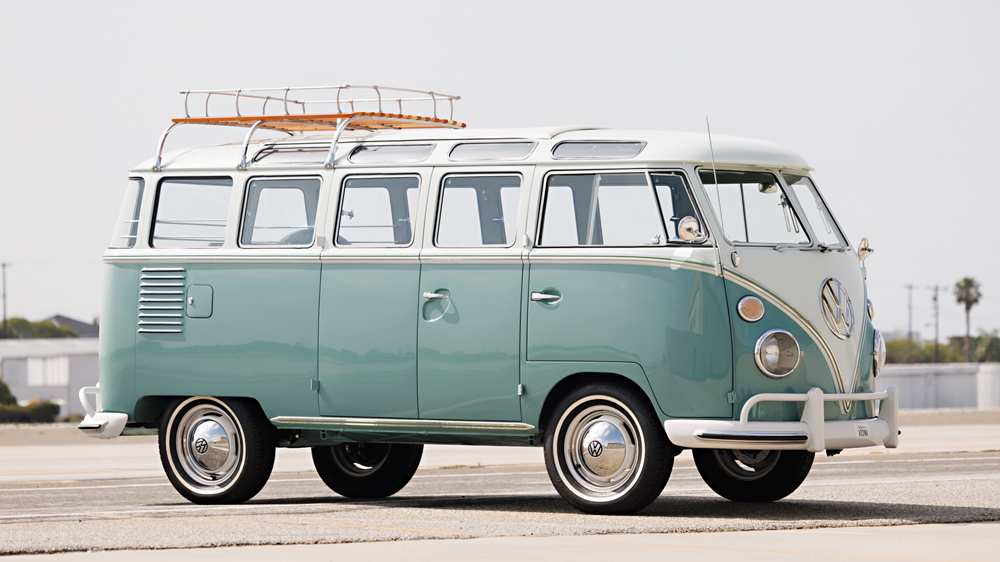 I confess to having a fascination with the VW bus. My college roommate, Jay, an artist whom I still see regularly and who is lusting after the Volkswagen Group’s forthcoming ID. Buzz, owned four old VW campers in succession. Admittedly, I rode in—or drove regularly—all of them during our years in college. That my roommate had so many campers was because they regularly self-destructed, though some were hardy enough for him to make a few round trips south of the border, as far as Guatemala, in search of the perfect wave.

In an age long before SUVs, VW’s microbus was about the only do-it-all vehicle that was simple enough to fix when it broke down in the boonies, and cheap enough drive from San Francisco to Woodstock, just sipping gas along the way. Apart from the once-ubiquitous VW Type 1 (affectionately known as the “Beetle”), the VW Type 2 (microbus, camper, combi or whatever you want to call it) is the other face of the Volkswagen marque.

The sheer variety of model variants makes the automaker a fascinating study, and of the six generations built from 1949 through the present, the T2—made from 1950 through 1967—is the quintessential classic. The Stiftung AutoMuseum Volkswagen, in Wolfsburg, Germany—home of VW—exhibits a variety of Type 2s; everything from a fire brigade pickup truck to the most collectible of them all—the Volkswagen Samba, a 23-window Deluxe Microbus. An example of the properly turned-out Samba is a delightful thing, and Gooding & Company will offer a freshly restored 1962 version at its annual Pebble Beach auction in Monterey on August 19 through 20.

At the rear is an air-cooled, 1,600 cc flat-four engine.  Brian Henniker, courtesy of Gooding & Company.

The Samba, which debuted in 1951 and was marketed stateside as the Sunroof Deluxe, was the most luxurious version of the Type 2. Identified by the number of windows, the van added a curved window in each rear corner, and four curved skylight panes were placed at either side of the roof. Two side doors opened left and right, revealing two rows of seats behind the driver and front passenger. The driver sat bolt upright, shuffle-steering the near-horizontal wheel while stirring all four gears with a shift lever as long as a walking stick. Like Aesop’s proverbial tortoise, the VW was steady-as-she-goes, chugging along with its rear-mounted, air-cooled, 1,600 cc flat-four engine.

Those who follow VW microbuses regard the 23-window-model the most desirable. For the past decade or more, restored examples of these have achieved eye-watering prices at auction, in part because they’re such an appealing take on VW’s boxy bus. The expanse of glass, pastel two-tone paint, available soft-top roof and spartan interior evoke a simpler, sunnier time. Few, however, remain today, as so many in period succumbed to rust or maltreatment, being passed from one vagabond owner to the next, each toking his or her way from campground to campground.

The driver sits bolt upright, shuffle-steering the near-horizontal wheel while stirring all four gears with a shift lever as long as a walking stick.  Brian Henniker, courtesy of Gooding & Company.

This example benefits from a concours restoration by renowned marque specialist ISP West. Resplendent in its original exterior and interior colors, this Samba is equipped with front-disc brakes and other discreet performance upgrades, and is estimated to fetch as much as $180,000.