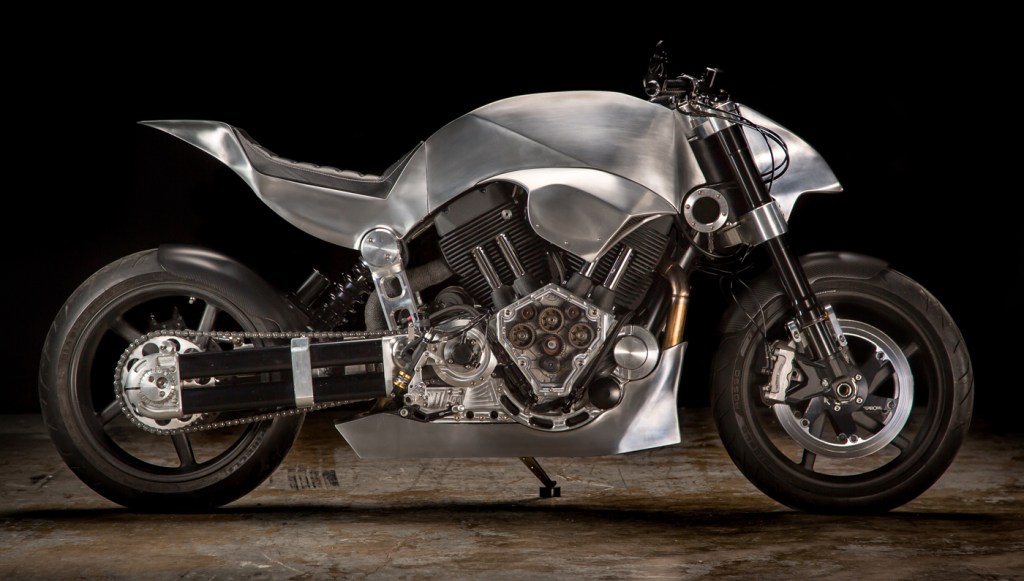 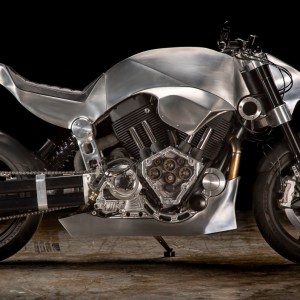 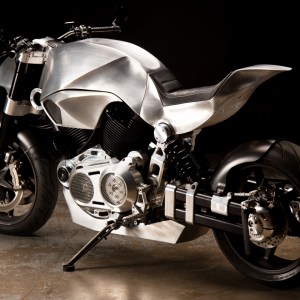 If the alien and predator from their namesake sci-fi films had a mechanized love child, it may very well resemble the Revival 140—a beast of a bike with an aesthetic both futuristic and aggressive. The visually menacing machine represents the metamorphosis of a 2012 Confederate X132 Hellcat and stands as a testament to the artistry spawned from the aptly named Revival Cycles in Austin, Tex.

The concept came about when a friend of the motorcycle specialists brought in his Hellcat after a mishap had cosmetically corrupted the tank and engine. The owner commissioned a re-envisioned ride that would uniquely build off of the already imaginative foundation provided by Confederate, the innovative manufacturer that launched in 1991 and is currently located in Birmingham, Ala. The entire project, from initial drawing to final detailing, took Revival roughly 650 hours of labor.

“The most challenging aspect of creating the Revival 140 was coming up with a cohesive re-body of the Confederate that paid homage to the original designers,” says Alan Stulberg, co-founder of Revival Cycles. “Our entire team was involved in all variations of the flowing alloy bodywork and we kept within the same design ethos that Confederate had set before us.”

In order to accomplish this, the craftsmen retained the original engine, suspension, and TIG-welded frame but created a hand-formed alloy tank, belly pan, and tail section. Other modifications include a CNC-machined subframe, flanking panels for the oil cooler and air intake, a more upright seat position, and a new stainless steel exhaust configuration. In addition, the front end was fashioned with a surround for the nose and a xenon projector headlight.  For ease of handling, a tailored handlebar clamp was integrated along with Revival’s push-button housings and controls.

Giving the 498-pound bike its bite is a fuel-injected X132 Copperhead engine. The 2.1-liter V-twin turns out 132 hp and 140 ft lbs of torque (hence the name) while paired with Confederate’s own 5-speed transmission. To help tame the terrain, the cycle’s suspension comprises a Marzocchi RAC 50 mm fork in front and Race Tech coil-over shocks at the back. Contact with the road, meanwhile, is made with Pirelli Diablo Rosso tires on BST carbon-fiber wheels. And both Beringer and Brembo stainless steel disc brakes (fit at the front and rear, respectively) facilitate response and a fast cessation of motion.