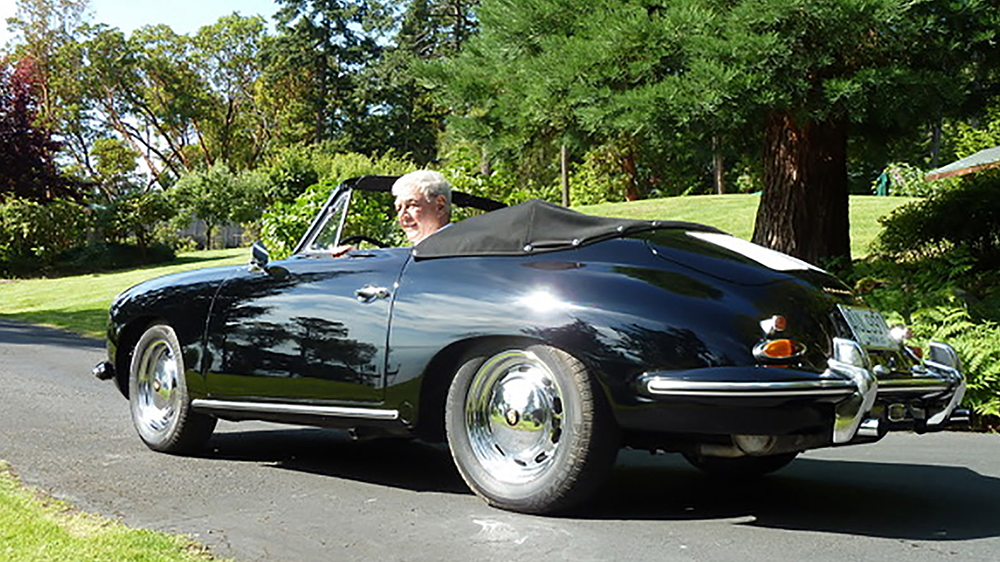 Courtesy of The Donner Family. Image by Patrick Donohoe.

The late Hollywood filmmaker Richard Donner, who died at age 91 last year, carefully curated his own cast of classic cars throughout his lifetime. Now, that very automotive ensemble is heading to auction.

The Richard Donner Collection, which comprises a total of 10 vintage four-wheelers, will go under the gavel at Gooding & Company’s Geared Online Scottsdale Edition sale later this month. The entire haul is expected to realize up to $599,000 in full, though a number of lots are offered without reserve and may push that total higher still.

Donner, who had a prolific career spanning more than half a century, started out directing legendary TV shows, such as The Twilight Zone and Gilligan’s Island, before foraying into films in the late ‘60s. He directed numerous blockbusters, like The Goonies (1985) and Lethal Weapon (1987). He also produced several major motion pictures with his wife Lauren Shuler Donner, including Free Willy and the X-Men franchise.

The Hollywood veteran clearly knew how to pick a hit—a trait he had when it came to cars, too. The crown jewel of the collection is the 1965 Porsche 356 SC Cabriolet; the retro rarity was acquired by Donner in ‘71 and remained in his collection for 50 years. Although the car has never been fully restored, the exterior has been resprayed in black and the black leather seats reupholstered. Expected to fetch between $140,000–$180,000, the Cabriolet is a great option for Porsche connoisseurs ready to embark on a new restoration project.

Another standout is the endearing 1962 Volkswagen Microbus. Sporting a two-tone red and white livery, the ‘60 gem comes complete with a pop-out “Safari” windshield, a canvas sunroof and no less than 23 windows. The interior is finished in gray vinyl and sports the signature three-row seating. A true relic of the Swinging Sixties, it is estimated to hammer for between $70,000–$90,000.

At that same price point is Donner’s 1948 Chrysler Town and Country Convertible. The epitome of auto design in the postwar era, the charming wooden-bodied ride features navy paintwork and a matching navy soft top, along with a beige interior. The collection includes another wood-bodied classic, too—a 1949 Buick Roadmaster Estate Wagon expected to sell for between $40,000–$50,000. You can also bid on an old 1955 Rolls-Royce Silver Dawn Saloon and a 1958 Continental Mark III Convertible, to name but a few.

“Mr. Donner, who made such an impact with his long-standing career in entertainment, thoroughly cherished and enjoyed many of these cars over several decades of ownership, and we trust that their new owners will appreciate the background and history of each and every one of these vehicles,” the auction house’s president and founder David Gooding said in a statement.