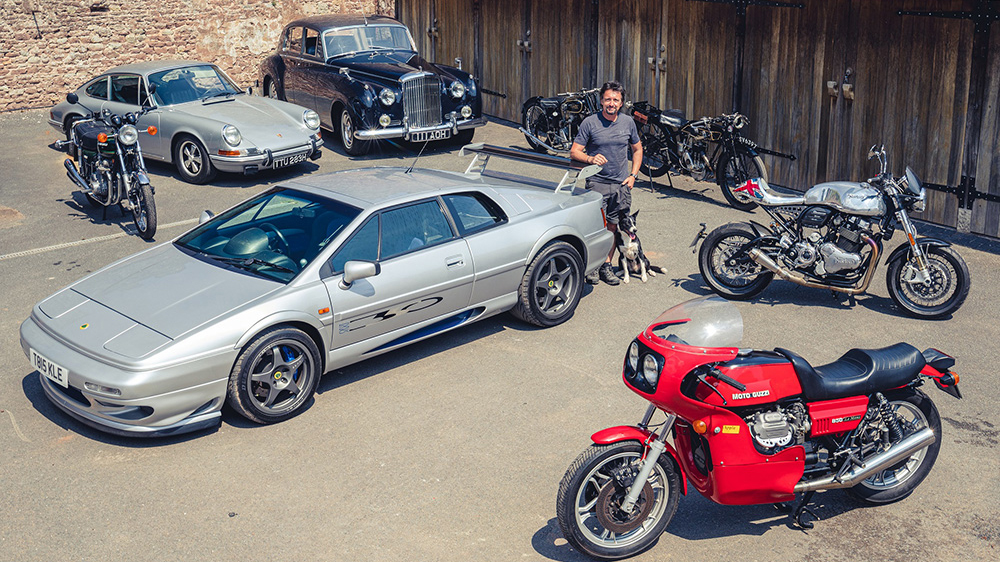 Richard Hammond is offloading part of his legendary private collection all in the name of classic cars.

The world-famous Brit, best known for co-hosting Top Gear and The Grand Tour alongside James May and Jeremy Clarkson, will auction off eight cars and motorcycles from his curated fleet during The Classic Sale at Silverstone this August. All proceeds from the auction will go toward the Hamster’s new classic car restoration outfit The Smallest Cog.

“The irony of me supporting my new classic car restoration business by selling some of my own classic car collection is not wasted on me,” Hammond said in a statement. “It is with a very heavy heart that they go, as they have a great deal of personal sentimental value, but they will be funding the future development of the business and giving life back to countless other classic vehicles.”

Hammond’s 1999 Lotus Esprit Sport 350 is one of just 48 in existence.  Silverstone Auctions

Naturally, the famed petrol head’s haul is jampacked with showstoppers. Four-wheeled highlights include a stunning, low-mileage 1969 Porsche 911T, a vintage 1959 Bentley S2 that’s been described as a “much-loved family heirloom,” and a classic 1999 Lotus Esprit Sport 350 that is one of only 48 examples built.

As for the two-wheelers, Hammond is selling a prized 1976 Kawasaki Z900 A4 that he bought himself for his 40th birthday and a limited-edition 2019 Norton Dominator 961 Street that he bought for his 50th birthday, along with a rare 1927 Sunbeam Model 2, a classic 1932 Velocette KSS Mk1 and a highly collectible 1977 Moto Guzzi Le Mans Mk1.

Hammond is selling the 1976 Kawasaki Z900 A4 that he bought himself for his 40th birthday.  Silverstone Auctions

Each lot will go under the gavel without reserve on Sunday, August 1. Given the collection’s pristine condition and its previous owner, you can expect each rarity to fetch a hefty chunk of change. That’s a good thing, too, since Hammond’s fledgling business can put the money to good use reviving forgotten vehicles.

The world can keep an eye on The Smallest Cog’s work, too. The restoration shop will also be the subject of a new docuseries with the working title Richard Hammond’s Workshop that’s due to debut this fall. Stay tuned.