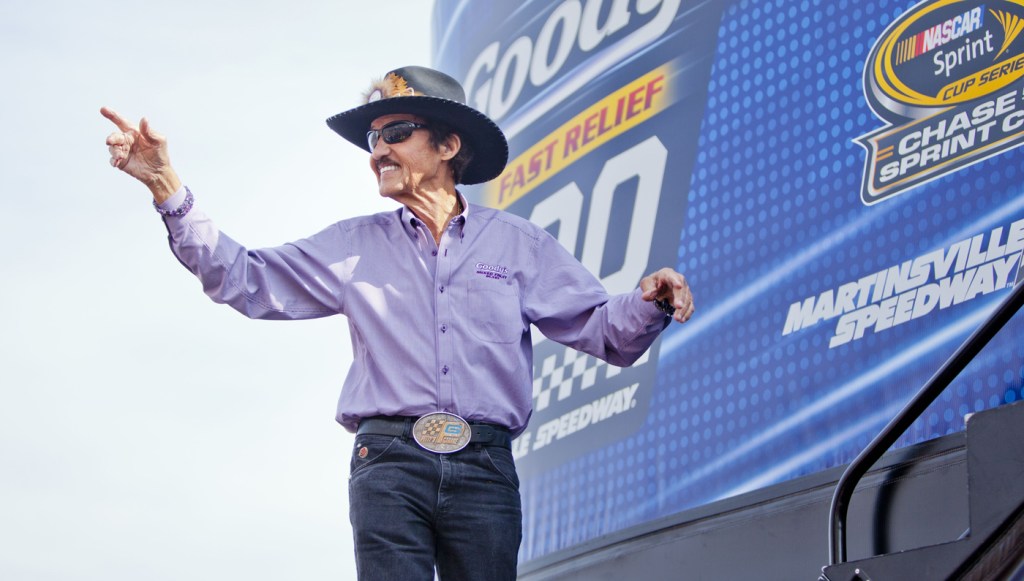 Although the word “icon” is often overused as a descriptor, there are individuals who embody its definition so thoroughly that they render it redundant. One such person is Richard Petty. More than a member of racing’s royalty, Petty reigns over all motorsports as “the King,” a title bestowed upon him by peers and the general public alike. The verbal crown calls to mind Petty’s 34-year career that includes a total of 200 first-place finishes and seven NASCAR Championships. In the 1967 season alone, he won 10 races in a row while on the road to a total of 27 victories.

Petty’s winning ways, however, extend far beyond the checkered flag. Always charitable with his time and resources, the exceptional everyman is now a driving force behind helping children with life-threatening illnesses have the chance to experience the carefree camaraderie of camp.

His contribution as a role-model on and off the track were recognized last night by the Peterson Automotive Museum in Los Angeles. There, surrounded by family and a few Hall of Fame friends, Petty, who turns 80 years old in July, was presented with the Robert E. Petersen Lifetime Achievement Award. Earlier in the evening, the renowned racer—wearing his signature shades, Charlie 1 Horse hat, and bold belt buckle—sat down with RobbReport.com to reflect on the past, discuss the present, and share his priorities for the future.

RobbReport.com: Looking back on such an illustrious career and all that you have accomplished, what gives you the greatest sense of satisfaction?

Richard Petty: Well, with all the stuff we’ve went through, the broken bones and wrecks, it’s just being here. I just live life and this happens to be my life, and I don’t really question it or go into depth on why me and not somebody else. I’m a big believer in fate, faith and fate, but I’m talking fate. My dad told me when we first started, he said, “Man can accomplish anything in the world except he can’t overcome fate. He can overcome all other obstacles, but fate, he can’t argue with it.” That has become my philosophy, so if we did win or didn’t win, had good days or bad days, that was just the way it was supposed to be.

RR: Your 1967 season was unprecedented. What clicked that year for you to be able to have such a run of victories?

RP: Again, it was probably circumstances beyond our control. In one of the races in Tennessee, I blew a tire early on and knocked the front end out of line. I came in and Dale Inman, my crew chief, lined the thing up by eyesight and sent me back out about eight or 10 laps behind. The guy leading the race has the battery fall out of his car, another guy leading has his motor blow up, and another guy runs into the wall. The first thing we know, we’re leading the race, I mean, that’s beyond our control—that’s fate. If you run 10 races and not have any trouble, that’s quite a feat for the guys who are working on the car.

RR: Where is your favorite place to drive fast?

RP: I love to drive the interstate and aggravate people on it because they aggravate me. To me, it’s a challenge to drive the interstate from home to Charlotte [North Carolina]. I’ll pull up beside a guy and he speeds up, or he’ll pass and then slow up, that’s just the way people drive. I set it on cruise control and just try to miss everybody. It’s kind of competitive to get out there and run up and down, so that’s where I get my racing in right now.

RR: What is your favorite classic car, one that you currently own or covet?

RP: It’s so funny, I’ve been in the car deal all of my life but I’ve never really collected cars, I have 10 or 12 that I have accumulated but I didn’t collect them. If I had all of the money in the world, I still don’t think there is car out there that I would say is the ultimate one as far as I’m concerned. I’ve always looked at a car as something to get me from point A to B, whether it was brand new or 10 years old, I didn’t care. But now that I’m involved with Petty Garage, I’m looking at them a little different. I’m getting back into hot rods with big brakes and big motors. Every one we build we’re trying to make a little bit better and a little bit faster than the one before—that’s our challenge.

RR: Had you not gone into racing, what profession would you have pursued?

RP: I never had to think about it. I grew up in a community of tobacco farmers and dairy people, a very farm-focused region, but we had a racecar in our backyard, that’s what was in our barn, you know what I mean? I never even thought about doing anything else. I worked on my dad’s car and he was winning races and championships. I was so satisfied helping my dad, I really didn’t think much about driving. It wasn’t until I was about 18 or 19 years old that I thought, “Hmm, I’d like to try this.”

RR: Do you see NASCAR maintaining the center stage in American Motorsports?

RP: Yes. Even though it’s not what it used to be as far as the general public is concerned. None of the major sports are up there like they used to be, except maybe football. You look at the statistics for basketball, hockey, golf—everything has been cut down. We’re doing better, accordingly, than what we did before. Even though we don’t have as many people, NASCAR is doing better, percentage-wise, on assets. It also woke up to the fact that it has to get in to the technical age and bring in new fans because us old guys ain’t gonna be here forever. But we have to be careful and not make so many changes that we lose our base.

RR: What is Victory Junction and how did you become involved with it?

RP: It all started with my grandson Adam, Kyle’s son. Adam had been driving for Sprint and, as part of his sponsorship, would go to hospitals to visit kids and really developed an interest in them. When Adam and Kyle were in Daytona, they met a gentleman that was on the board of directors over at Camp Boggy Creek. They went over one day and Adam looked around and wondered why we couldn’t do something like that. When he came back, he started looking to buy some land. Now, here’s an 18-year-old kid who ain’t got a penny but he went so far as to go to the bank and offer them his future winnings to get started.

We lost Adam the next year, and when the family’s shock was over, we all got together and agreed that this was something he would have gotten done, it may have taken a hundred years, but he would have gotten it done. We talked to drivers, track owners, and sponsors about it and everybody told us to go for it and that they were with us. That’s how it came to be. So far, about 27,000 kids, ones too afflicted to go to other camps, have been able to experience Victory Junction—it’s just unreal.

RR: You are known throughout racing as “the King.” With that moniker in mind, how do you, personally, define luxury?

RP: That’s a very big word. Luxury, to me, is being able to go and do the things I want to do, that’s my luxury.