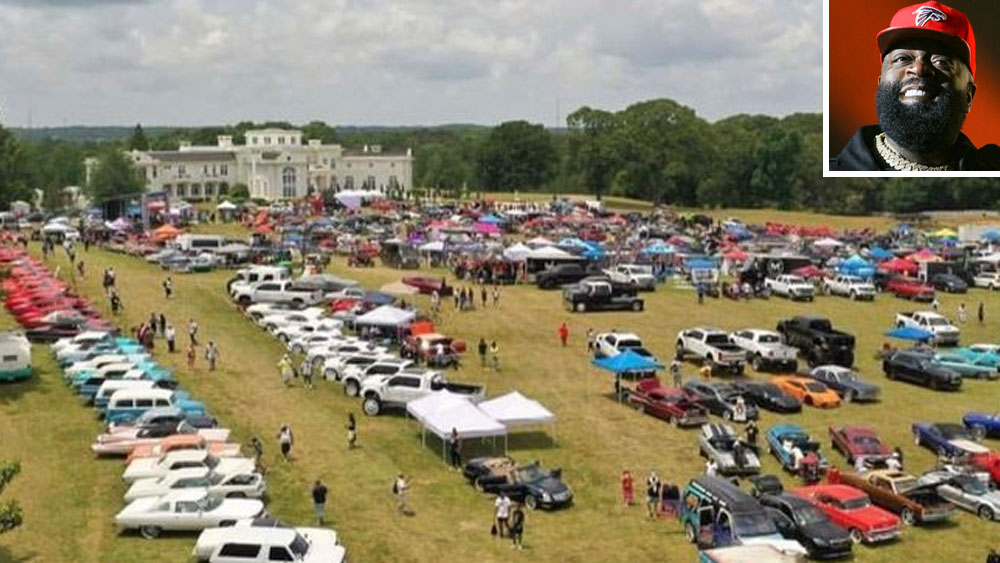 Rick Ross doesn’t just want people to admire his car collection on social media, he wants them to be able to check it out in person.

That’s why the “Hustlin’” rapper opened up his Fayettville, Georgia, estate for the first annual Promise Land Car and Bike show this past Saturday. Over the course of what looks to have been a gorgeous spring day, auto and rap enthusiasts alike were able to check out some of Rozay’s most prized possessions.

The show, which is named for Ross’s 235-acre mansion and farm about 20 miles south of Atlanta, showcases hundreds of cars belonging not just to him, but also some of the city’s other “big boys” and “superstars,” according to an interview the rapper gave to TMZ last week. A quick look at social media shows that all manner of vehicles were on display, including a red Ferrari 488 GTB, a lime green Chevrolet C8 Corvette and even six-wheel monster truck the emcee took for a quick spin. It’s hard to pick a favorite, but it’s easy to see why the Boss likes his fire engine red 1959 Chevy Bel Air so much.

“As you can see, we could have had many many more people out here, but it wasn’t about how many people we could have. It was just about the comfort zone, the enjoyment level,” a triumphant Ross said in one of his many dispatches from the show. “Once again, man, look at these cars, look at these toys, these trikes, trucks, 6x6s.”

It’s unclear how many people attended the event—Ross guessed that 4,000 or so people would come through—but there was more for them to enjoy than just cars. The show, which Ross said he wanted to have the feel of a “youth fair,” also featured live DJ sets and a battalion of food trucks, according to Complex. The cars, trucks and bikes were the stars, though, with the owners of the most eye-catching rides receiving 24 carat diamond chains from the host.

Ross has never hidden his love of automobiles. Last year, he shared video showing a seemingly unending collection of American classics, including seven of his beloved Bel-Airs. His record label, Maybach Music, is also named for Mercedes-Benz most luxurious sub-brand.