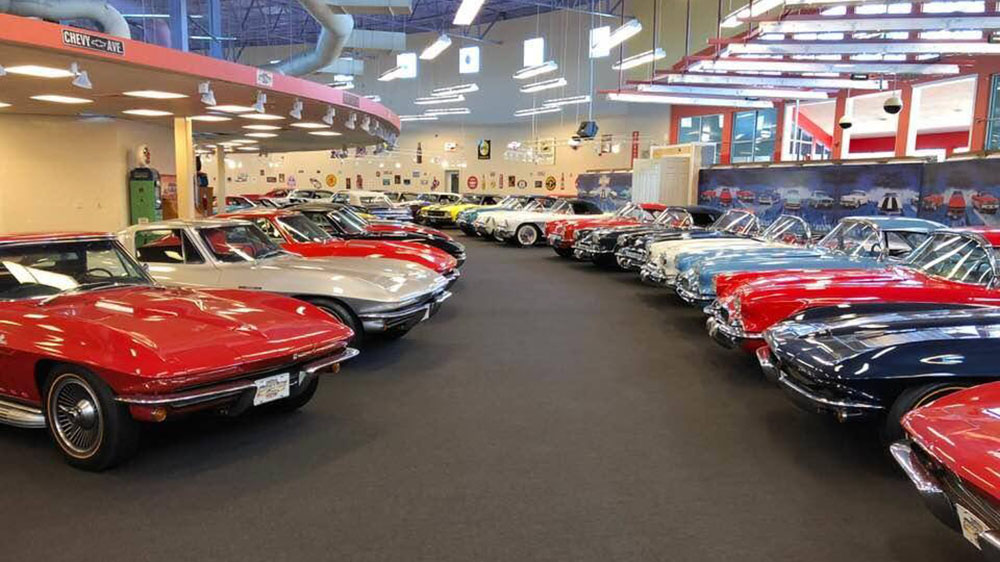 American muscle car lovers just got some very bad news and very good news at once.

Later this month, Rick Treworgy’s Muscle Car City, a museum dedicated to the American muscle car in Punta Gorda, Florida, will shutter its doors. Its vast collection of classic cars will then head to auction for collectors to snap up.

Over the weekend of January 22, a week after the museum will have ceased operation, Mecum Auctions will host a sale of nearly 200 of Treworgy’s beloved speed machines spanning 80 years. That’s great news for any collector who fancies American-made performance vehicles. Even better, each car is being offered without reserve.

Treworgy began collecting cars back in the mid-1960s, when he was still a teenager. And in the more than five decades since, he’s built what is widely considered one of the premier collections of General Motor vehicles in the world, including Camaros, Chevelles and, of course, all eight generations of the Corvette. About 14 years ago, he decided to share that collection with other enthusiasts, and opened Muscle Car City in a 60,000-square-foot former supermarket 100 miles south of Tampa.

The collector had always planned to close down the museum and sell off part of his collection next year, but the coronavirus outbreak, and the slowdown in business that came with it, sped up his decision, according to The Drive. Treworgy plans to hold on to a mini-collection of 50 of his favorites, including 20 1967 Corvettes in every color. But the rest will be auctioned off by Mecum. There are plenty of cars going up for bid, but some of the standout lots include a Cortez Silver 1969 COPO Camaro, a Sebring Yellow 1970 Oldsmobile and a red 2020 C8 Corvette Z51.

“The best way to describe it, this is what he knew,” the auction house’s founder, Dana Mecum, said of Treworgy’s collection. “When he looked at a car, he knew what the numbers meant. He lived in the world that he liked and that he understood, and he tried to buy the best when he bought them.”

The auction of Treworgy’s car collection will be held on January 22 and 23 at Muscle Car City. In addition to all the Corvettes and Camaros, a number of motorcycles and plenty of examples of road art are scheduled to cross the block.