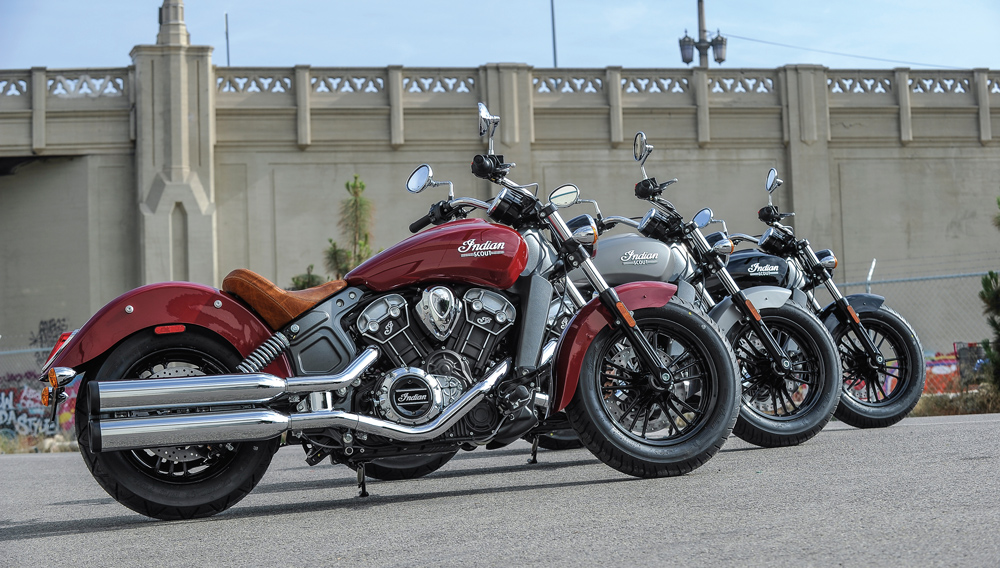 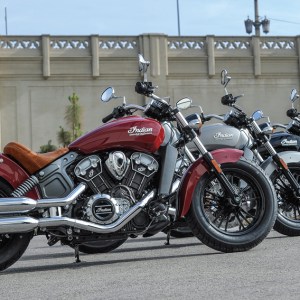 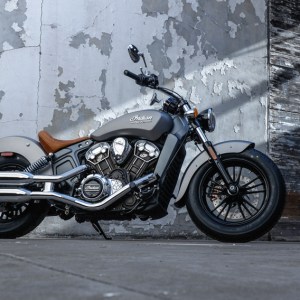 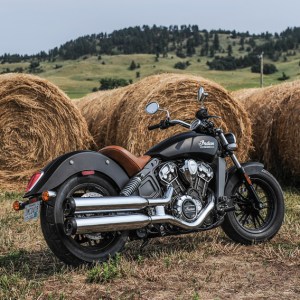 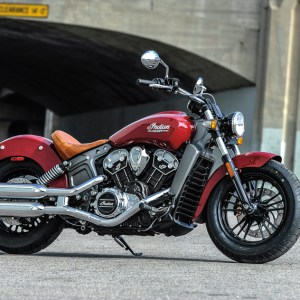 Like a Pavlovian cue, the mesmerizing engine note of the 2015 Indian Scout immediately sends the mind racing back through Indian Motorcycle’s legendary heritage. Back to hall-of-fame Scout rider and Indian Wrecking Crew member Bill Tuman’s victory at the Springfield Mile in 1953. Or to Burt Munro streaking by on a modified Scout during his record-setting speed run at the Bonneville Salt Flats in 1967. A recent test of the brand-new addition to Indian’s model lineup at California’s Salton Sea proved the new Scout to be a worthy heir to its predecessors’ mantle.

The 2015 Scout test-drive consisted of one lap around the Salton Sea, which was created more than 100 years ago when irrigation canals overflowed into a dry desert lakebed lying 200 feet below sea level. Ever since, this has been the largest inland body of water in California.

While the Scout could have mastered a mountain road, it instead happily motored along the lake’s eastern shore, where stunted towns attest to long-abandoned plans to turn the area into a resort destination. The 1133 cc V-twin engine, which was created just for this platform, performed well in fourth gear—tapping into all of its 100 hp—as the bike overtook dawdlers. But sixth was good too—even for relaxed cruising—and while riding in this gear during the journey’s outbound leg, the bike was getting 44 mpg. (Indian says that it has not yet confirmed the mpg rating.)

In the south, the lake meets the Imperial Valley’s green fields—and their insects. Luckily, a Lexan windshield with a quick-mount installation system is an available option. Another option, a passenger seat, is upholstered with the same beautiful leather as the driver’s saddle.

On the western shore, the smoothly surfaced divided highway encouraged faster cruising, and the bike’s twin exhausts shattered the silence of the tranquil lemon and date groves. Returning to the starting point near Palm Springs, the Scout had covered 200 miles with poise and inspiring capability—and might have made some new history. (indianmotorcycle.com)