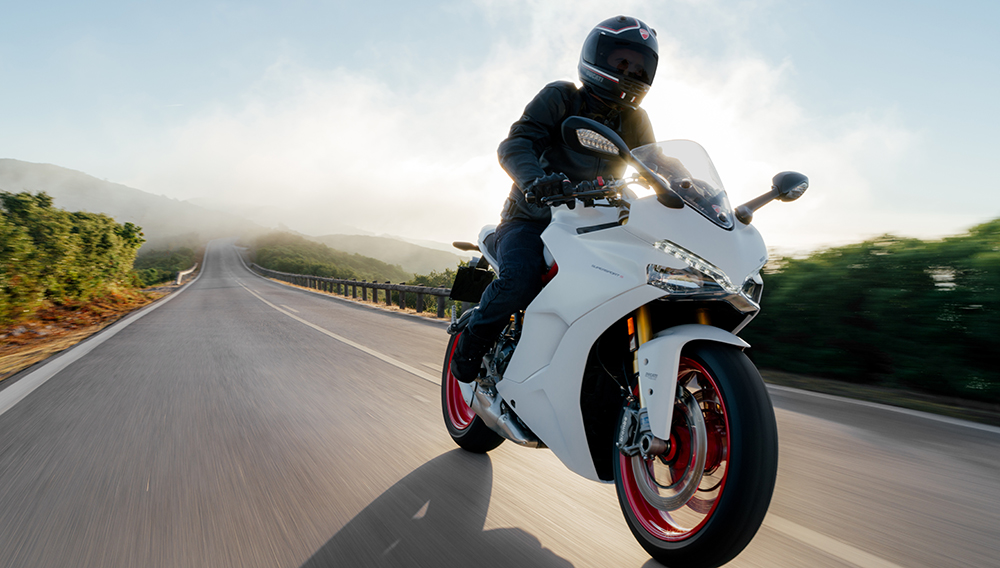 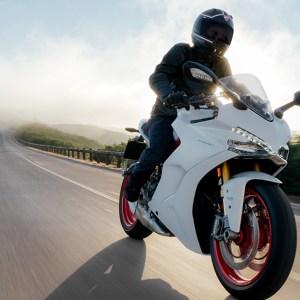 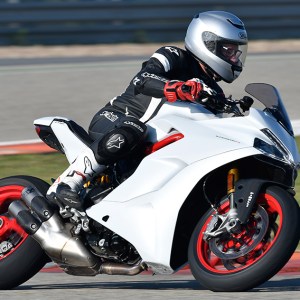 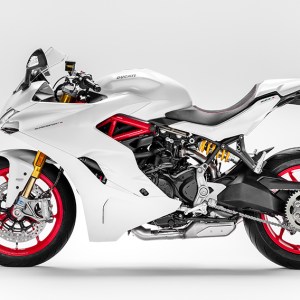 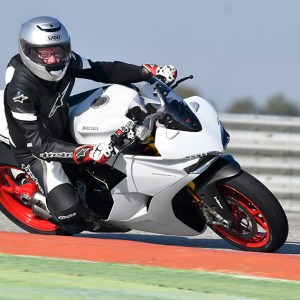 Representing Robb Report at last summer’s World Ducati Week in Italy, I enjoyed an exclusive preview of the brand’s new SuperSport, a sportbike with strong all-around appeal. After the presentation, Ducati design director Andrea Ferraresi asked me what I thought of the SuperSport. I called it “smart.”

My response bothered Ferraresi. “It is more than clever,” he said, tugging his Manuel Ritz jacket. Then he listed the design’s many harmonies and its overarching appearance of lightness.

Seven months later, still bearing Ferraresi’s pique in mind, I banked the SuperSport S—the sportier variant of the SuperSport—near its maximum 48-degree lean angle on the Monteblanco racing circuit in southwestern Spain. Yes, as Ferraresi noted, the fairing sweeps up from below, leaving juicy parts uncovered. Yes, the LED daytime running lamp follows an elegant flying line, like that of the mighty 1299 Panigale superbike. Yes, in profile view the fairing and tank seem connected.

Beyond its striking appearance, the SuperSport S offers fine progressive brakes, neutral turn-in response, and a strong 937 cc V-twin engine, which emits an ursine growl through sawed-off-shotgun exhausts. “We thought very carefully about the right displacement for this bike,” product manager Paolo Quattrino said at the test ride in Spain. “We didn’t want to create another superbike.”

Beyond all its dynamic virtues, though, the SuperSport is smart: a sterling example of product development. Bringing back the SuperSport nameplate after a decade’s lapse, Ducati presents a beautiful, well-developed motorcycle and positions it in a marketplace sweet spot. This is a versatile bike with the right amount of technology to make the performance capabilities accessible. The SuperSport ($12,995) and SuperSport S ($14,795) will arrive in showrooms in April. They share the same powerplant, which produces 113 hp and delivers 80 percent of its torque at 3,000 rpm. And both models offer three riding modes (Urban, Touring, Sport), three ABS settings, and eight levels of traction control.

While the SuperSport comes only in red, the SuperSport S is available in red or a Star White Silk matte finish with red-painted wheels. The S model adds premium Õhlins suspension components and a quick-shift feature that enables clutchless upshifts under full throttle and closed-throttle downshifts accompanied by automatic engine rev-matching. These features helped me, a modestly accomplished rider, look respectable on Monteblanco, a challenging 2.7-mile, 18-turn track. I ignored the minutiae, focused on the racing line, and felt the thrill of surpassing 140 mph on the main straightaway while never doubting the bike’s stability.

When you ride that fast, you flatten yourself against the tank and tuck in behind the windshield, which easily adjusts between two positions. The bike produced minimal vibration, and the seat remained comfortable throughout the two 20-minute track sessions. The handlebar height, the responsive controls, and the positions of the foot pegs help make this a rider-friendly bike. New Pirelli tires inspire confident cornering and promise to endure many hard laps.

The SuperSport’s 58.2-inch wheelbase contributes to around-town agility, and the available 44-liter saddlebags amplify the bike’s sport-touring capability. Besides lapping Monteblanco, I also rode the base SuperSport model on roads in the upper Rio Tinto watershed in Huelva and Seville provinces. There, even on patchy pavement, the ride remained supple.