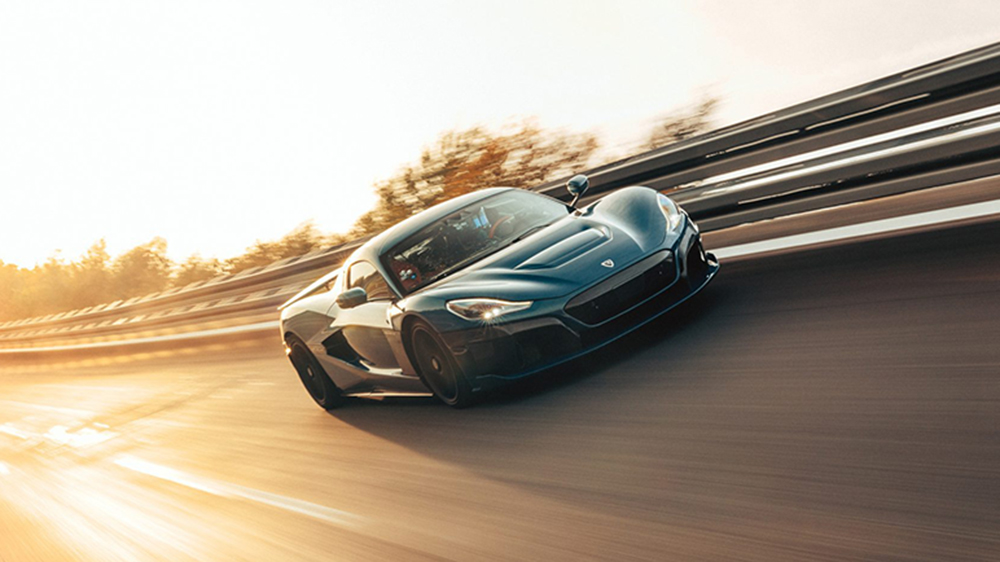 The Rimac Nevera just earned itself another spot in the record books.

The Croatian marque’s first model, which is was already the world’s fastest-accelerating car, is now officially the fastest production EV as well. The battery-powered hypercar earned its latest distinction after hitting a top speed of 256 mph on a recent run in Germany.

The Nevera set the new standard for EVs at the Automotive Testing Papenburg, a test track specifically chosen for the attempt because of its 2.9-mile-long straightaways. The record was set in a completely unmodified version of the Nevera piloted by Rimac’s chief test and development driver, Miro Zrnčević, though the car was put in aero-maximizing top speed mode and fitted with road-legal Michelin Cup 2R tires. Zrnčević was able to reach a speed of 155 mph coming out of the turn, at which point he put the pedal to the metal and unleashed the full might of the vehicle’s 1,914 horses to reach a new peak of 412 kph (256 mph). That mark is 49 mph slower than the top speed of the gas-powered Bugatti Chiron Super Sport (304.7 mph), but it’s unheard of for an EV.

“I’ve driven Nevera since it first turned a wheel and to see the perfectly honed car that is today is a really emotional moment,” the driver said in a statement. “The most important thing I have learned during the top-speed attempt is how composed and stable the car was—confirming that our aerodynamics and vehicle dynamics teams have done an amazing job.

Rimac’s $2.4 million hypercar is delivered with an electronically limited top speed of 219 mph, but owners will get their chance to push the EV to the max at special events with the support automaker. Because of the stress such high speeds take on a vehicle’s tires, Rimac says precautions must be taken before any drivers make a run at Zrnčević’s mark.

Although records are made to be broken, this one could stand for a while. A Lucid Air prototype was able to reach a top speed of 235.4 mph in 2017, but the brand hasn’t promised anything like that for any of its production models, according to Motor1.com. The Aspark Owl and second-generation Tesla Roadster both promise top speeds of around 250 mph, but we’ve yet to see proof that the former can back up this claim—or that the latter will even go into production.