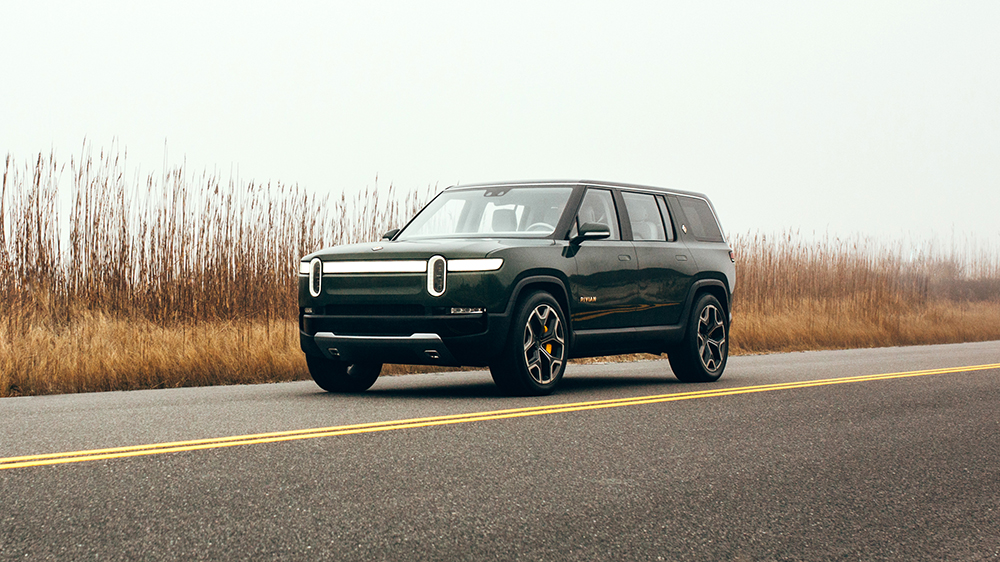 Rivian’s year is already electric. Flush with more than a billion dollars in new investment cash, the buzzy EV startup has revealed that it will build a high-end electric SUV for Ford, in addition to its own vehicles.

In an interview with MotorTrend earlier this week, the company’s CEO and founder, R.J. Scaringe, said the company plans to launch pilot-builds of the R1T pickup and R1S SUV in the fall, with the truck set to go into production by December. He also said that the company’s plant in Normal, Illinois, will handle production of an upcoming electric SUV from Ford, one of its biggest investors.

While Scaringe wasn’t overflowing with details, he did reveal that Ford is currently at work designing a “top hat”—EV parlance for a vehicle body—that will ride on Rivian’s “skateboard” EV chassis. Though the process is straightforward enough, Ford will need to integrate its own unique electronic systems to work with Rivian’s architecture. The flexible platform houses an EV’s electric motors, battery pack, controls and traditional suspension systems.

Though the vehicle will share an architecture with the R1S, Scaringe stressed that the two SUVs will be different from one another. “It’s a very different product from our own SUV, but it’s still in the SUV space,” he said. According to the executive, Ford’s SUV will be aimed at the luxury market. If true, this could lead to the SUV potentially be sold as a Lincoln, Ford’s luxury marque. Reuters previously reported that a Lincoln would build a vehicle on Rivian’s chassis in the next couple years, though this is the first time someone from either company has confirmed that.

Last year, Rivian raised over $2 billion during four different publicly announced investment rounds. Among those investing in the startup were Ford (who invested $500 million), Amazon ($700 million) and T. Rowe Price, which headed up the most recent round in December during which the company raised over $1.3 billion.