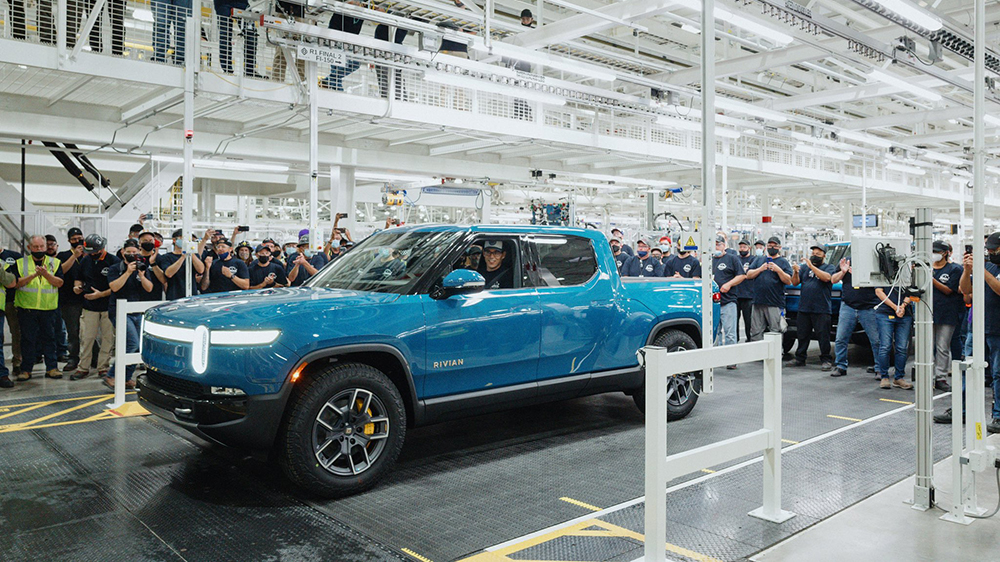 The electric truck era is finally upon us.

The first Rivian R1T pickup built for a customer rolled off the line at the startup’s production facility in Normal, Illinois on Tuesday. The milestone, which comes after several delays, makes the R1T the first from a new, buzzed-about crop of battery-powered trucks to make it into production.

“After months of building pre-production vehicles, this morning our first customer vehicle drove off our production line in Normal!” CEO RJ Scaringe wrote on Twitter, alongside photos of the finished vehicle. “Our team’s collective efforts have made this moment possible. Can’t wait to get these into the hands of our customers!”

After months of building pre-production vehicles, this morning our first customer vehicle drove off our production line in Normal!  Our team's collective efforts have made this moment possible. Can't wait to get these into the hands of our customers! pic.twitter.com/8ZidwTaXRI

The completion of the first customer-spec R1T isn’t just exciting for its lucky owner, it’s good news for anyone looking to get behind the wheel of one of the brand’s long awaited pickups, which start at $67,500. Production of the EV was originally supposed to begin last year but was delayed until this July because of the Covid-19 pandemic. Then the supply chain issues that have affected the rest of the auto industry for much of this year forced another delay. It now appears that Rivian has everything sorted out and is ready to begin building the thousands of electric trucks that have been pre-ordered. And while the brand hasn’t said anything about its sister SUV, the RS1, we wouldn’t be surprised if it goes into production soon, too.

Being first is about more than just about bragging rights for Rivian. It will also give the startup an important leg up on the competition. The next few years will see a glut of battery-powered pickups hit the market, including the GMC Hummer EV, Ford F-150 Lightning and, of course, the much-ballyhooed Tesla Cybertruck. (It remains to be seen if the Lordstown Endurance, which was supposed to be first, will ever go into production.) None of these trucks are expected to arrive before the first part of next year, which gives Rivian time to build a customer base and start converting EV skeptics.

We’re about to find out if the early bird really does gets the truck-loving worm.