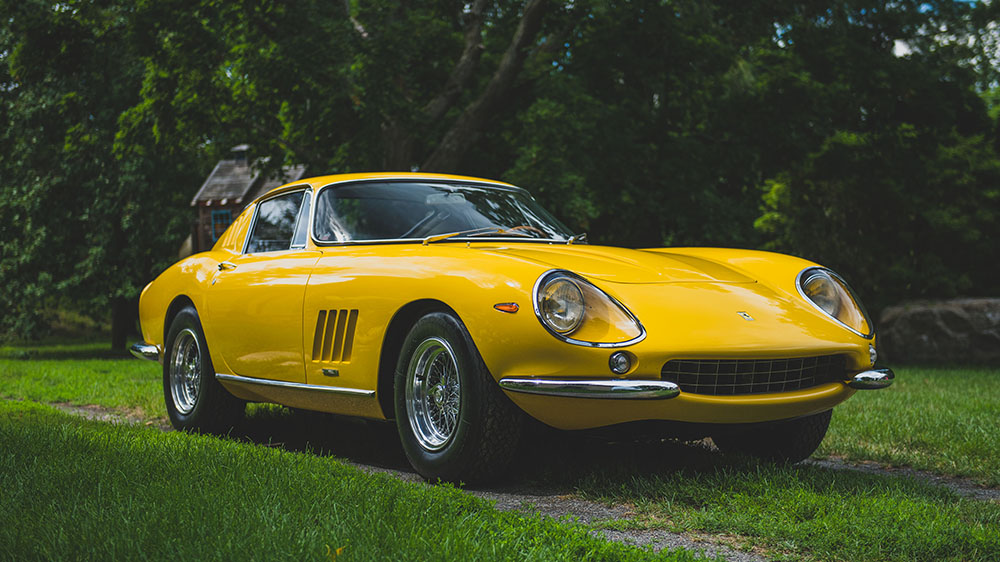 RM Sotheby’s sure knows how to rev up motoring enthusiasts. After announcing its largest online collector car sale to date, the auction house has revealed there will be even more rare prancing horses in the mix.

The star-studded Shift/Monterey auction, which kicks off August 10, will offer nearly 100 collectible automobiles and has already generated a ton of buzz in the car community. Now, it’s one-upped itself with the addition of three new Ferraris and two new Porsches.

The star of the newcomers is a canary yellow 1967 Ferrari 275 GTB/4 by Scaglietti (above). One of just 330 examples produced, the car combines a perfectly proportioned silhouette with a gutsy 300 bhp V-12 engine. It’s been under the care of racing legend and noted collector, Skip Barber, for the past decade and is presented in mint condition. Accompanied by the lauded Ferrari Classiche certification, the speedster will make a handsome (albeit bright) addition to any collection and is expected to fetch between $2.5 million and $2.75 million.

Joining the 275 GTB/4 is a remarkable 1966 Ferrari 275 GTS by Pininfarina. Touted as one of the best-preserved examples in existence, the decidedly retro ride is one of only 200 to be produced. Having been handled by just four owners, it remains in pristine condition and still sports its original white shell and blue leather interior. It has just 27,500 original miles on the ticker and performs exceptionally well on the road thanks to recent updates. The flawless has a high estimate of $1.8 million.

Rounding out the Ferraris is a 2005 575 GTZ Zagato. One of just six bespoke examples built and one of only two created for US owners, the two-tone beauty is expected to hit $2.25 million.

If you’re more of a Porsche man, a highly sought after 1972 Porsche 916 is up for grabs for a cool mil, along with a high-octane 1986 Porsche 962 IMSA GTP that received a high estimate of $1.25 million. The new additions will join a stunning selection of cars made by the German marque, including a custom 1960 Porsche Outlaw coupe which is predicted to sell for between $450,000 and $650,000.

The Shift/Monterey auction opens for bidding August 10 at 1 pm, with lots staggered across the week up until August 15. You can peruse the full lineup via RM Sotheby’s website and check out more photos of the dream machines on offer below: