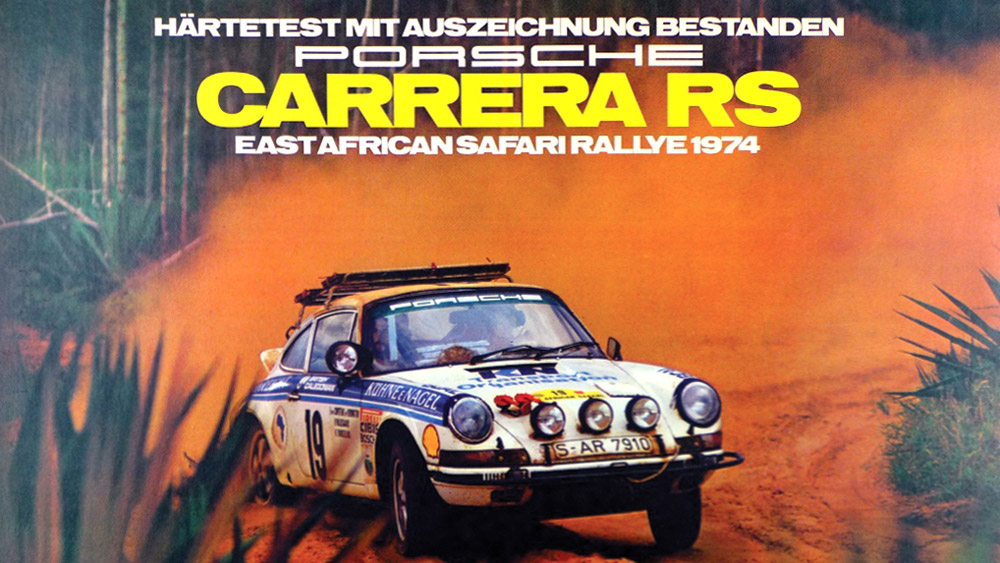 These day, cars represent an escape from the Covid-19 quarantine. Even two-dimensional images of them can help conjure another time and place, especially when they are posters that depict Porsche sports cars doing what they have done best over the past seven decades: racing and winning. Bursting with color, many examples of such wall art are now available through an RM Sotheby’s online auction featuring an assemblage of one lifelong collector.

RM Sotheby’s “Online Only: Classic & Rare Porsche Posters,” which is underway now through April 27, promises something for almost everyone. For those whose passions also include rock n’ roll, there’s a rare promotional poster for a Janis Joplin album on Columbia Records, which features the famous singer sitting on the hood of her painted Porsche 356C Cabriolet (estimated at $500 to $700 estimate). For motorsport history buffs, there’s a poster celebrating the marque’s third German Manufacturers Championship in 1955, which features a pair of pre-A “bent-window” 356 Coupes at speed (estimated at $3,500 to $4000).

With its particular focus on Porsche’s earliest triumphs with models such as the 356 and 550 Spyder, the collection includes numerous posters that showcase the sublime graphic work being done in the 1950s and ’60s, particularly that of Erich Strenger.

Of note is Strenger’s impressionist-like work on a German-language poster commemorating the 24th Mille Miglia race, which puts a spotlight on Porsche class wins at the Italian race between 1952 and 1957. The poster, dominated by a red 550 Spyder at speed being followed by a yellow 356 Coupe, is thought to be among only a dozen still in existence (estimated at $2,500 to $3,500).

The more than 75 vintage posters are all mounted on archival quality linen and have been inspected by the RM Sotheby’s staff. Successful bidders in the Los Angeles area are free to pick up their posters at the auction house’s Culver City offices; others should make third-party shipping arrangements. While many of these examples are in rampant circulation online as reproductions, this represents a truly rare opportunity to buy the real thing. As Porsche itself might say, there is no substitute.