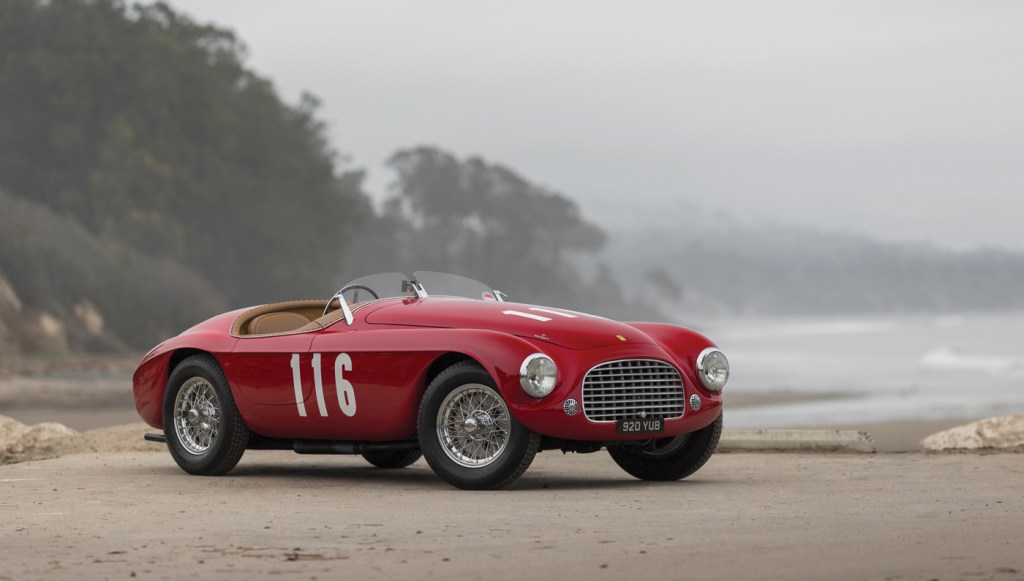 The 1950 Ferrari 166 MM Barchetta that will be available at the RM Sotheby's Amelia Island sale.
View Gallery — 7   Photos 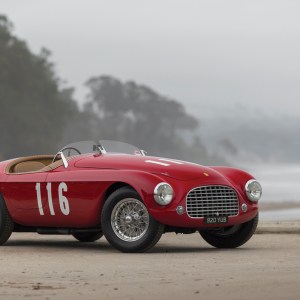 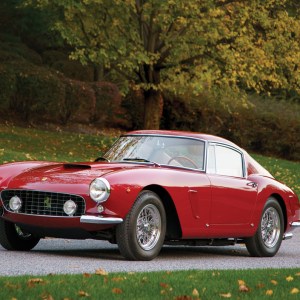 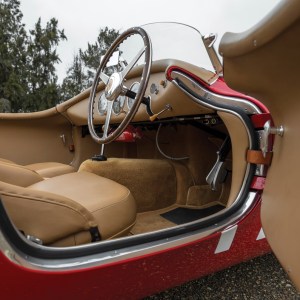 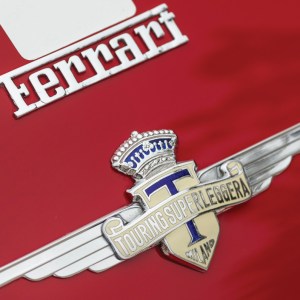 A breathtaking bounty of acclaimed cars are bound for the block as part of the 19th annual​ RM Sotheby’s Amelia Island Concours d’Elegance sale in Amelia Island, Fla., on March 10 and 11. The rarified field of 158 vehicles will include a few storied Ferraris and an immaculate collection of classics from the late Orin Smith.

Among the prized Prancing Horses present will be a 1961 Ferrari 250 GT SWB Berlinetta (lot 254). Designed by Pininfarina and built by Carrozzeria Scaglietti, the steel-bodied bullet (chassis No. 2639) was one of about 89 constructed to road-car specifications and incorporates alloy for the hood, trunk lid, and doors. Part of a model line that comprised only 165 examples in total, the short-wheelbase (SWB) coupe carries a 238 hp, Colombo V-12 engine (with three Weber 40 DCL6 carburetors) paired with a four-speed manual competition transmission. The power train allows the red rocket to reach up to 150 mph and cover zero to 60 mph in 5 seconds. “Ferrari’s 250 GT line is perhaps the finest marriage of performance and design,” says RM Sothbey’s car specialist Don Rose. “Add the competition victories, of which there were many, and the 250 GT model makes for one of the most perfect cars of all time.”

The stunning two-door (pictured above) was sold new to Marco Dall’Orso of Genoa, Italy, and later made multiple transatlantic trips between the United States and Europe where it rolled through several different owners. In 2011, the current consignor took possession of it and had the car fully restored by Motion Products Incorporated in Neenah, Wisc. It has since garnered several awards including Best of Show at the 2015 Concorso Italiano in Seaside, Calif., and Best of Class at the 2017 Boca Raton Concours d’Elegance in Boca Raton, Fla. The beautiful Berlinetta is expected to fetch up to $10 million.

Also sure to rev up competition between prospective buyers will be a 1950 Ferrari 166 MM Barchetta (lot 278). Built by Carrozzeria Touring Superleggera, only 25 examples of the barchetta (“little boat”) body style were constructed. But despite the line’s limited numbers, the car made a name for itself at the very race its initials pay homage to, the Mille Miglia. In 1949, a couple of the examples finished first and second in the eponymous endurance event and the model also won at that year’s 24 Hours of Le Mans. The particular pony being trotted out by RM Sotheby’s is chassis No. 0058 M (pictured above), one of the last three in the 166 MM Barchetta line to be fabricated. Under the hood is a 141 hp, V-12 (with three Weber 36 DCF carburetors) mated with a 5-speed manual transmission. Also purchased new in Genoa, it was soon given to driver Eugenio Castelotti who took turns behind the wheel with Giuseppe Rota in the 1951 Mille Miglia. It entered the same contest in 1953 but failed to finish. In addition to several other European races, the roadster’s competitive history also includes campaigns in California under the ownership of Dr. Raymond Craycroft. The vehicle went on take turns in collections owned by concours judge Ed Gilbertson and the late Ferrari fan Lorenzo Zambrano among others in its vaunted provenance. In addition, the award-winning open-top has been a five-time participant of the Pebble Beach Concours d’Elegance. As with the 250 GT SWB Berlinetta on offer, the 160 MM Barchetta is also estimated to be valued at up to $10 million—a price that, if realized, would place each car among the top 10 Ferraris to ever sell at Auction.

The famed Italian marque, while well represented, will not be the only magnet drawing interest at the sale. One entire day (March 10) will be devoted to the amazing assemblage of cars belonging to collector Orin Smith who passed away last year. Standouts among the 63 stunners will be a 1936 Lancia Astura Cabriolet Series III “Tipo Bocca” by Pininfarina (lot 163) and a 1958 Rolls-Royce Silver Cloud I Drophead Coupe “Honeymoon Express” by coachbuilder Freestone & Webb (lot 145).

“Orin Smith was a man of remarkable taste and had a keen eye for detail,” says Rose. The quality of his vehicles is second to none and the common thread is beauty—both in design and engineering.” The Lancia Astura being offered, chassis No. 33-5313 (pictured above), was the example displayed by Pininfarina at the 1936 Milan Motor Show. While there, it garnered the President’s Cup given by the Registro Ancetre Club Italia (R.A.C.I). By the outbreak of World War II, the car was in Germany but managed to make it through the conflict in one piece. In 1947, it safely landed in the possession of Barney Pollard who brought it to the United States. Orin Smith took ownership in 2011 and had it undergo a thorough restoration by Vantage Motorworks in Miami, Fla. Renewed, the convertible captured the People’s Choice Award at the Amelia Island Concours d’Elegance in 2013 and the title of Most Sympathetic Restoration at the Concorso d’Eleganza Villa d’Este in 2014. The comely cabriolet has also been part of the Petersen Automotive Museum’s “Rolling Sculpture” exhibition and is currently valued at up to $2.6 million.

An extremely rare Rolls-Royce, chassis No. SGE270 is one of only two from the marque ever produced with the seductive “Honeymoon Express” body. The last Rolls-Royce to feature the coachbuilding acumen of Freestone & Webb, the car (pictured below) had just two previous owners before becoming part of Smith’s refined fold. After the team at Vantage Motorworks worked their restorative magic on it, the elegant example is now ready to vie for top honors wherever it’s shown. The vehicle (being offered without reserve) is valued at up to $1.8 million and comes with its original cocktail compartments stocked with crystal carafes and glassware. The RM Sotheby’s sale will take place at the Ritz-Carlton, Amelia Island. For the majority of lots, bids will be accepted in person, by phone, online, and in absentia. (rmsothebys.com)