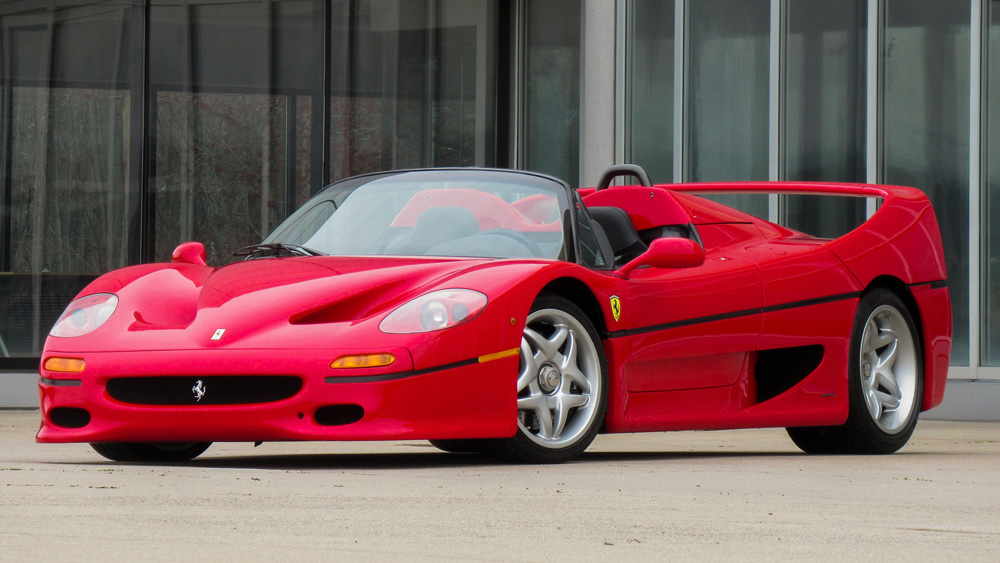 From May 21 through 29, bidding will open for the RM Sotheby’s Driving into Summer online auction, an event that, as of now, is still accepting new vehicle consignments. The auction represents the first online-only sale that the company has strategically prepared for—RM Sotheby’s had only 10 days to convert its live Palm Beach auction on March 20 and 21 into a week-long digital one—and it’s primed to set a new benchmark for the company.

Beyond the sheer number of vehicles that will be offered for sale, the Driving into Summer auction will also include a number of blue chip collector cars, at least two of which—a 1985 Ferrari 288 GTO and a 1995 Ferrari F50—are expected to achieve hammer prices that will exceed $2 million each.

“I never thought, when we initially decided to do this May sale, that we would get cars of this caliber,” says Duff. “I believe we’ll be the first [auction company] to sell a car worth $2 million-plus online. That’s pretty special for us.”

The aforementioned F50 and 288 GTO represent the cream of the crop when it comes to the lots being presented—the F50 was only the second example built and has been driven fewer than 3,400 miles; the 288 GTO, on the other hand, is one of just 272 examples built, and its first owner also commissioned optional packages that include factory air conditioning and power windows.

Only the second example built, the 1995 Ferrari F50 available has less than 3,400 miles on it.  Photo: Courtesy of RM Sotheby's.

One tier down, a matching-numbers 1958 Ferrari 250 GT Coupe recently underwent a comprehensive restoration spanning five years and is anticipated to sell for as much as $725,000.

A 2002 Ferrari 575M Maranello, one of only 246 built to North American specifications, is even rarer for being one of only 177 left-hand-drive examples equipped with a manual gearbox. As such, it might fetch around $275,000 on the high end.

The 1964 Ferrari 330 GT 2+2 Series I is being offered without a reserve.  Photo by Patrick Ernzen, courtesy of RM Sotheby's.

Looking ahead, RM Sotheby’s is already laying the foundation for a bigger and bolder online-only sale, Shift/Monterey in August, which Duff believes will mark another milestone. “It’s going to be something no one has seen before, with the caliber of cars, how we present them and how we offer them for sale,” he says.

Until then, RM Sotheby’s plans to ramp up, starting with this upcoming Driving into Summer program. “This is another stepping stone for us getting there,” says Duff. It’s also an opportunity for established and aspiring collectors alike to add a Prancing Horse to their stable of automobiles.