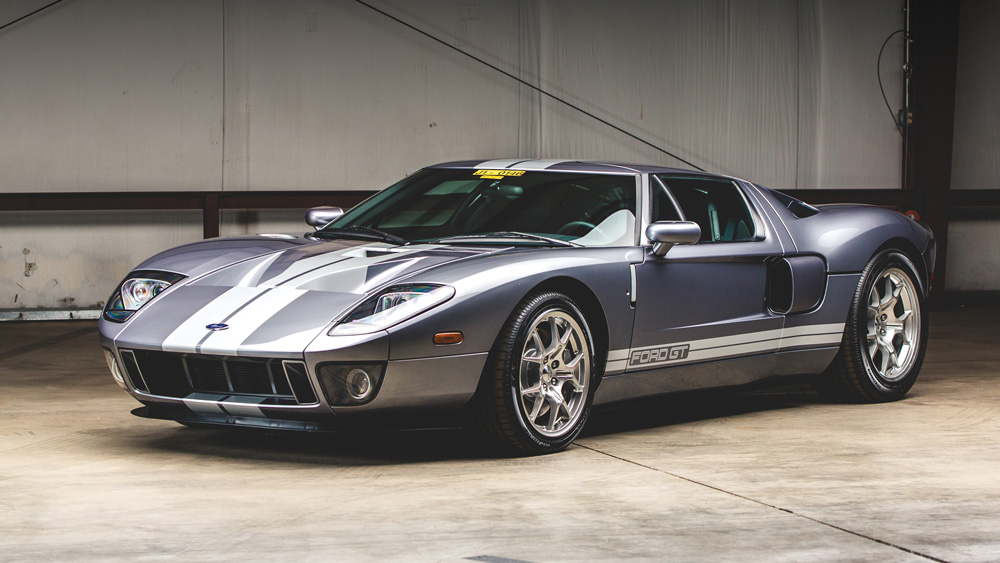 Until recently, buying a car from the storied auction house RM Sotheby’s also meant purchasing a plane ticket to exotic locales such as London, Paris and, recently, Abu Dhabi. But for RM’s upcoming sale of seven special cars, all you’ll need is an Internet connection. That’s because “Online Only: Drive Into The Holidays” is the house’s first venture in a purely web-based sale.

While the cars on offer predictably are head-turners—these would include an 89-mile 2006 Ford GT and perhaps the world’s most pampered 1967 Austin Mini Moke—the really big news here is that a global leader in dazzling live auctions has acknowledged there may be a coming paradigm shift in the way automobiles transfer hands as a new generation of collectors comes to the fore.

The 2006 Ford GT with only 89 miles on the odometer.  Photo by Theodore W. Pieper, courtesy of RM Sotheby's.

“We’ve had great success thus far with online-only memorabilia auctions and we are optimistic about the future of our online platform as we continue to expand our motor car offerings outside of traditional catalogue auction events,” says Alan Squindo, chief operating officer of RM Sotheby’s.

This step from RM is a notable tip of the hat to websites such as BringATrailer.com, a community-based auction site that initially focused on barn-find–type vehicles but now features seven-figure collectible exotics such as mid-1950s Mercedes-Benz 300 SL Gullwings.

While live auctions offer that unique frisson of a group event, BringATrailer’s success has revealed that, for many enthusiasts and younger collectors, being able to pour over detailed text and hundreds of photos—not to mention benefiting from the wisdom, or laughing at the snarky comments, of the masses in the comments section—can often be preferable to a time-consuming trip to a multi-day event.

RM’s debut online affair, which kicked off Dec. 11 and runs through Dec. 19, does appear to offer buyers something that most other similar sales platforms lack: first-hand assessment of the vehicles. RM notes that each lot “has been inspected in RM Sotheby’s care,” which is different from BringATrailer, where buyers rely on both detailed photographs as well as the company’s willingness to largely stand by buyers in case of any serious seller auto-misrepresentation shenanigans. But, similar to other online auction sites, RM Sotheby’s stipulates that winning bidders arrange for their own pick-up of the vehicles in question.

Sellers also are winners with RM’s decision to embrace an online sale option, since they save on the cost of shipping a car to the auction house’s live event location.

The first two cars in the group scream special, while the last two represent comparatively pedestrian examples that you can buy knowing that the experts at RM Sotheby’s have kicked the tires for you. And for some enthusiasts, that will be worth the online buyer’s premium alone.