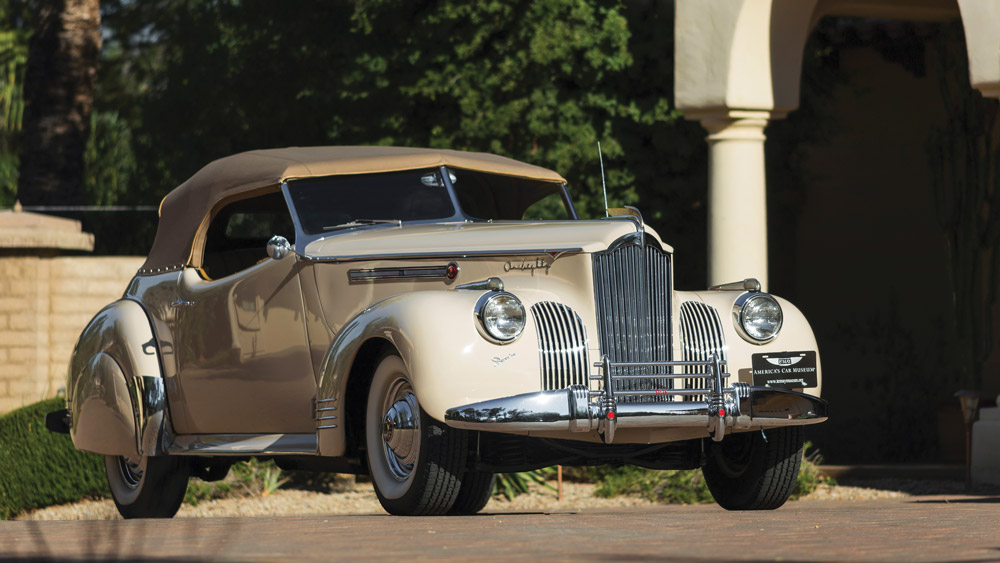 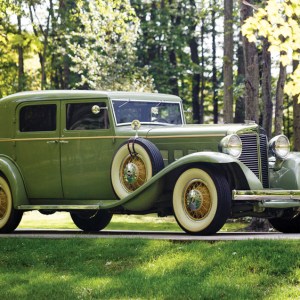 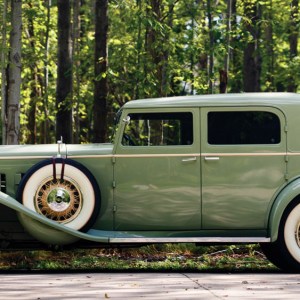 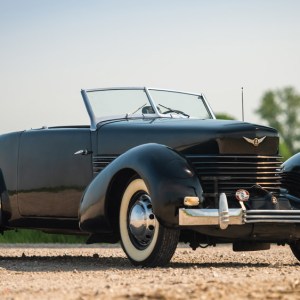 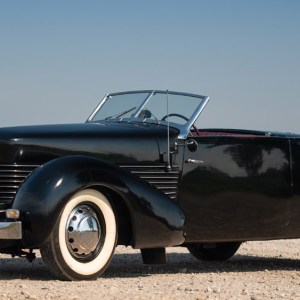 To car collectors, the word “Hershey” doesn’t spark memories of sweets; it’s a prompt to register to bid. RM Sotheby’s will hold its 2018 auction at the Hershey Lodge in Hershey, Pa., on October 11 and 12, coinciding with the Antique Automobile Club of America’s Eastern Division fall event. And it’s where almost 150 exquisite American machines, mostly from the prewar era and earlier, will cross the block.

Gord Duff, global head of auctions at RM Sotheby’s, expects the sale to do well but does not expect it to reach the heights of the 2017 auction. “Last year was the best year we had in history,” he says, noting that the auction house tallied $15.9 million at that Hershey sale. “This is not going to get close, but it’ll be pretty consistent with previous years if you leave the last year out.”

Scarcity seems to be the watchword for 2018. Leading the RM Sotheby’s fleet at Hershey is a 1941 Packard Custom Super Eight One Eighty Convertible Victoria by Darrin. Estimated at $350,000 to $425,000, it’s one of just 35 examples built that year. Several have appeared at auction in the last 24 months, but that’s due to the generational changing of the guard among collectors. “It’s a very rare car,” Duff says. “These cars are typically with collectors for a long time.” This example stands out for its complete provenance extending back to its initial sale to a man who lived in Pebble Beach, Calif. Its second owner displayed it at the Pebble Beach Concours d’Elegance in 1956, which was then still a small, regional show. Duff says the Packard would be a fine choice for the Classic Car Club of America’s CARavan driving events. “It’s a very fast car for its day, very sporty.”

Equally rare is a 1932 Marmon Sixteen Close-Coupled sedan, estimated at $250,000 to $300,000. Only 70 survive of the 375 built, and this one has retained its original chassis, engine, and body. “It’s pretty significant that all three elements are matching. Half probably have an original engine,” Duff says, explaining that aluminum was a novel engine material in 1932, and some of Marmon’s all-aluminum engines proved problematic enough to be sent back to the factory. The car also has factory vacuum-assisted power brakes, another feature that was cutting-edge for 1932. “Marmon was one of the first, if not the first, to have power-assisted brakes,” he says. “Packard didn’t have them until 1937, and Duesenberg never had them.”

Also included is a 1937 Cord 812 Cabriolet, estimated at $140,000 to $160,000 and rendered unique by the care and maintenance lavished on it by its second and longest-term steward. The late Harold Allsop, a Canadian engineer, owned it from 1947 to 2011. “It was his daily driver. He went on family vacations in the car. He went to the grocery store. He loved it like one of his kids,” says Duff. “Nobody who drives a car in 2018 owns it for essentially their entire life, nor would a car bought in 2018 last that long.” Every time Allsop tweaked the Cord to improve its performance, he did so in a way that would allow a later owner to reverse his work. A total of 13 crates of new and used parts and other material come with the lot.