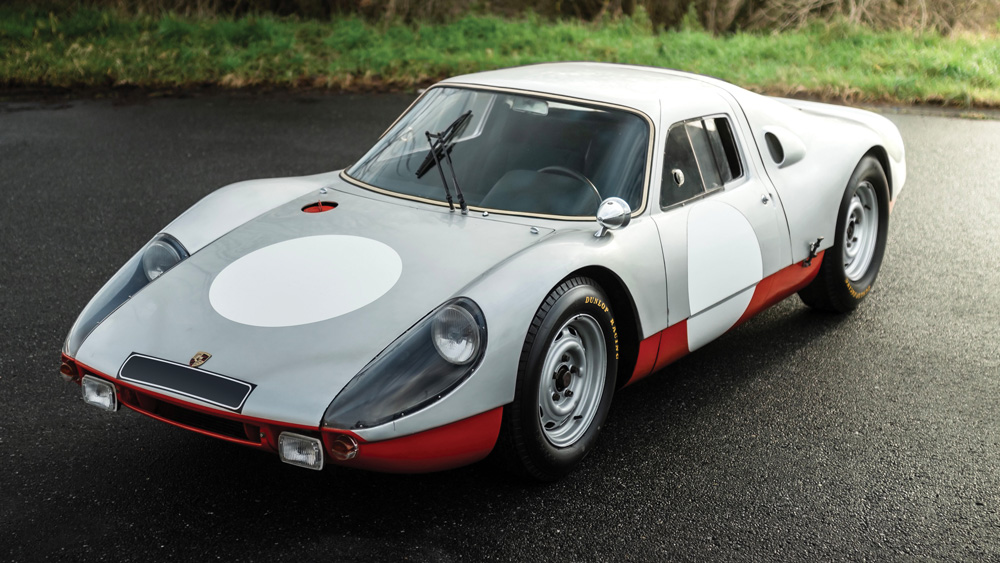 Marcel Petitjean may not be a familiar name to most car enthusiasts, but there was a time when it seemed destined to be one. As a privateer racer during the late 1960s and early ’70s, Petitjean drove a 1964 Porsche 904 GTS with such skill that Reinhold Joest offered him a co-driver position on his team for the 24 Hours of Daytona in 1971. Such an invitation was a glowing endorsement of Petitjean’s abilities, as Joest earned four podium finishes at the 24 Hours of Le Mans over nine appearances.

Unfortunately, participation costs were too high and Petitjean couldn’t accept the offer. Later, a mid-race crash and a lack of subsequent funding forced Petitjean out of racing entirely, but the Frenchman soon redirected his passion for cars as a collector. Although a popular pursuit today, the acquisition of significant sports cars as a long-term financial investment back was unconventional back then. “He always stayed true to investing in cars,” says Oliver Camelin, a specialist with RM Sotheby’s. “He never made any other grand personal investments.”

It was always Petitjean’s ambition to open a museum, and the methods that he used to further his collection reflected that goal. He sought out cars that would visually tell the story of a particular marque, but he waited until the value of those cars had dropped to 30 percent of their original price. He also targeted examples that he was sure would appreciate in value.

Everything is original and untouched on this 1979 Lamborghini Countach.  Photo by Diana Varga, courtesy of RM Sotheby's.

After years spent unsuccessfully searching for a venue that could accommodate his envisioned museum, the 74-year-old recently decided to part ways with two-thirds of his collection. Almost 100 vehicles acquired by Petitjean over numerous decades will all be offered for sale (at no reserve) through the RM Sotheby’s European Sale, an online-only auction that runs from June 3 through 11.

Most notably, the vehicles have remained in static storage (properly protected) for decades. “When we pushed the cars out of the warehouse,” says Camelin, recalling the catalog’s photoshoot, “that was the first time that the cars moved in 30 or 40 years.”

The 1968 Lamborghini Miura P400 on offer has a different engine than when new.  Photo by Diana Varga, courtesy of RM Sotheby's.

In most cases, the prolonged warehouse storage only adds to the appeal, such as a 1979 Lamborghini Countach LP 400 S by Bertone, which is estimated to sell for as much as roughly $542,000. “It’s like a perfect time capsule,” Camelin says. “You can see that everything is original and untouched—there’s a very light patina, which is great. It would be a shame for someone to buy this Countach and restore it. Original condition is only true once.”

Conversely, the collection’s 1968 Lamborghini Miura P400 by Bertone, which could fetch perhaps as much as $868,000, is equally alluring but for different reasons. “The engine has been changed. When he [Petitjean] bought it, the car had already lived a life,” notes Camelin. “There are other Miuras on the market that you could buy now for a lesser price, but they weren’t in a collection for 40 years.”

The 1971 De Tomaso Mangusta that will be available online.  Photo by Dirk de Jager, courtesy of RM Sotheby's.

That single-collection history is something that will likely impact the hammer price for most, if not all, of the vehicles that will be offered for sale next month, a list that includes a 1964 Porsche 904 GTS (with a high estimate of around $976,000), a 1971 De Tomaso Mangusta (at approximately $271,000 on the high end), and a 1969 Maserati Ghibli 4.7 Coupe by Ghia (that could see bidding rise to the neighborhood of $195,000).

This 1969 Maserati Ghibli 4.7 Coupe has bodywork by Ghia.  Photo by Diana Varga, courtesy of RM Sotheby's.

“Some people get more excited about cars that need more work done but haven’t been seen in a long time,” explains Camelin. “Even if you know it’s going to cost you more to work on it—you want a piece of that pie, a part of that history.”