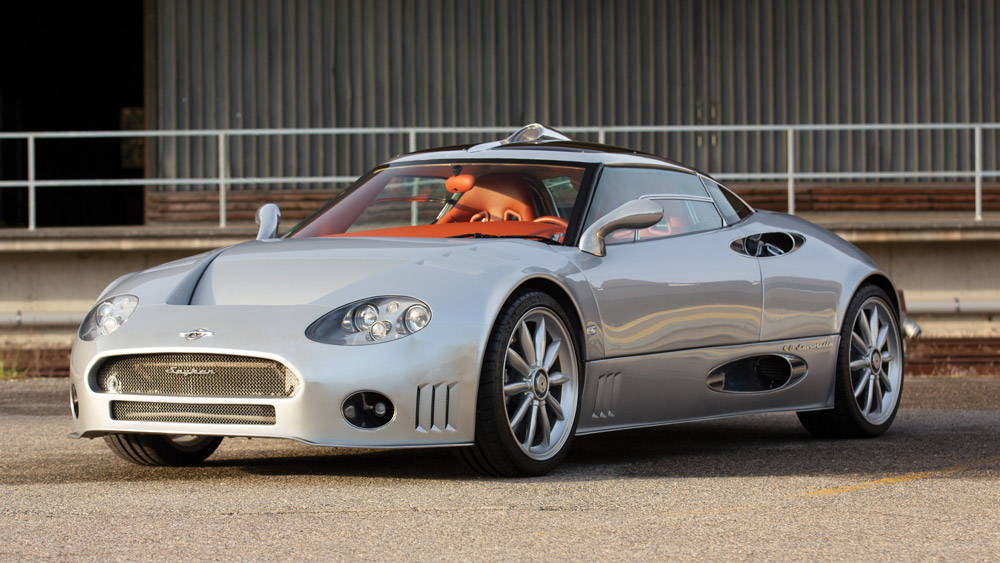 A year ago, in Paris, RM Sotheby’s offered two dozen vehicles for sale from the Youngtimer Collection, a single-owner assemblage of hundreds of cars from mostly the 1980s and ’90s. All of the examples had been acquired and routinely cared for by a successful European car enthusiast who was inspired to own the dream machines that had captivated him throughout his childhood.

RM Sotheby’s has once again returned to Paris and, tomorrow, will present 75 collector cars, 11 of which are being consigned from the Youngtimer Collection. “We’re excited to bring another great group of desirable, beautifully maintained and low-mileage modern classics to the Paris auction,” says Gord Duff, the global head of auctions at RM Sotheby’s. “Each one of this newest wave of Youngtimer cars is in a rare specification, which is sure to drive up demand among potential buyers.”

At the forefront of this latest offering is a 1993 BMW Alpina B12 5.7 Coupe, a rare 8-Series from the early 1990s. The variant is equipped with a 5.7-liter V-12 engine capable of churning out more than 400 hp. Although initially delivered with a Shift-Tronic gearbox, this particular example—one of only 57 built—has been modified to utilize a traditional six-speed manual transmission and has been driven fewer than 5,600 miles.

Only 57 examples were built of this BMW 8-Series variant from the early 1990s.  Photo: Courtesy of RM Sotheby's.

“The B12 5.7 is a standout car at the top of every modern-classic collector’s list,” says Duff. “This example checks absolutely every box with its six-speed manual transmission, low-mileage and sharp Alpina Blue color.” It could sell for as much as $388,000.

RM Sotheby’s will also offer a 2008 Spyker C8 Laviolette (opening image), a contemporary supercar concept that is perhaps as rare as the aforementioned BMW. Although not many examples of the C8 Laviolette were built between 2001 and 2008, this particular one is even more desirable for being a factory demonstrator.

This 2008 Spyker C8 Laviolette was a factory demonstrator with an aviation-influenced aesthetic.  Photo: Courtesy of RM Sotheby's.

As such, it was equipped with a number of amenities that reflected the company’s beginnings in aviation. Anticipated to fetch around $277,000 on the high end, this Laviolette is, as Duff describes, “a car seldom seen at auction,” and one that has become “a staple, modern-day collectible.”

The Youngtimer Collection is teeming with plenty of noteworthy German sports cars and highly tuned grand tourers, and the upcoming auction will offer another of those. Equipped with a 7-liter V-12 engine that can produce 500 hp, this 1998 Mercedes-Benz SL 70 AMG is, in Duff’s eyes, “one of the ultimate incarnations of the model.”

Another car on offer from the Youngtimer Collection is this 1998 Mercedes-Benz SL 70 AMG.  Photo: Courtesy of RM Sotheby's.

All of that power translates to a top speed of about 185 mph, which Duff believes is performance that “would appeal to any true petrolhead.” It’s expected so sell for as much as $221,000.

Of course, if you’re a collector who’s after white-knuckle performance, no Youngtimer Collection vehicle available can compete with this 2017 Nissan GT-R NISMO, a fully optioned speedster that the auction house declares to be “the ultimate expression of the Nissan GT-R.” With only about 280 miles on its odometer, the Japanese track star will roll across the auction block essentially as new.

The 2017 Nissan GT-R NISMO at auction has only about 280 miles on its odometer.  Photo: Courtesy of RM Sotheby's.

Because of that, it’s expected to bring as much as $177,000. “For any collector or serious driver,” says Duff, “this phenomenal sports car will undoubtedly deliver great value.”