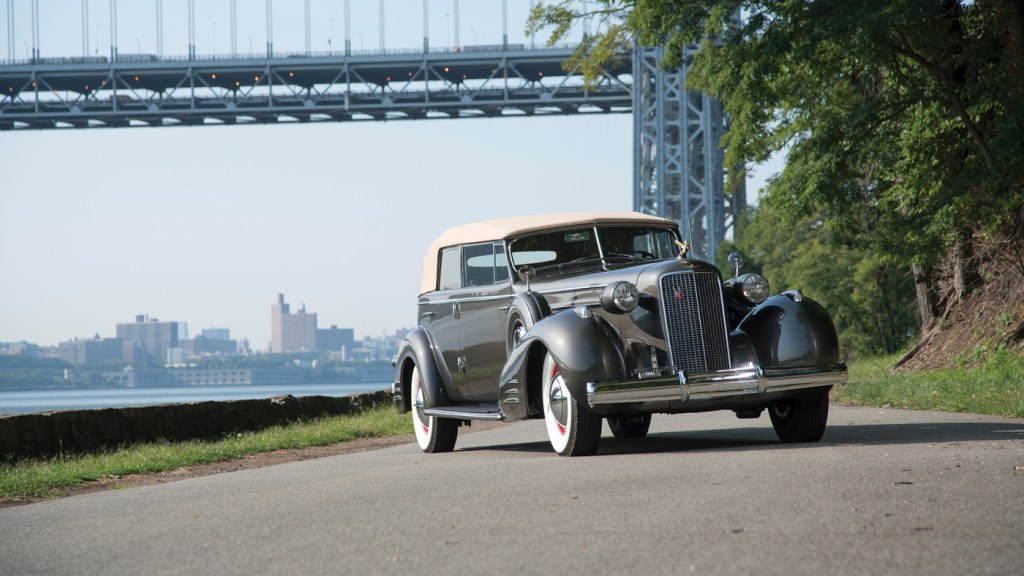 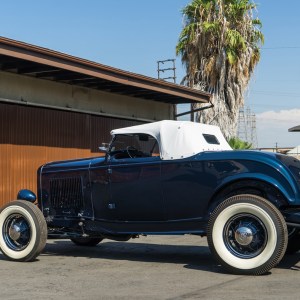 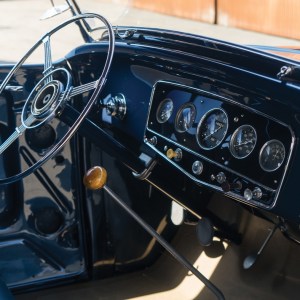 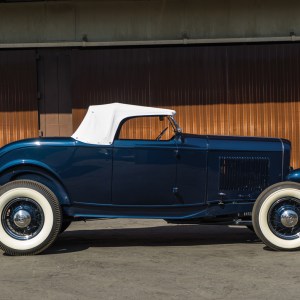 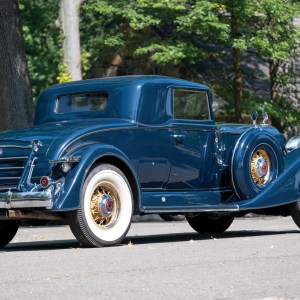 Every fall in bucolic Hershey, Pa., legions of car devotees gather to celebrate the finest American automobiles ever built. Some of those gems will be available for sale to new owners as RM Sotheby’s brings 140 cars and motorcycles to auction, from October 5 through 6, alongside the Antique Automobile Club of America’s popular Eastern Regional Fall Meet.

“On the global calendar of classic car events, this gathering is in the top five,” says Gord Duff, classic car specialist with RM Sotheby’s. “It’s generational. If you tap a dozen 50-year-olds on the shoulder and ask how long they’ve been coming, most will say since they were kids.”

Duff says the attraction centers on the event’s near-exclusive spotlight on U.S.-made machines from the brass, classic, and post-War periods, eras when massive American automobiles telegraphed both the elegance and might of a growing nation. “In that way, it stands out from other amazing events like Pebble [Pebble Beach Concours d’Elegance] and Amelia [Ameila Island Concours d’Elegance], where you’ll see all sorts of makes and vintages.” 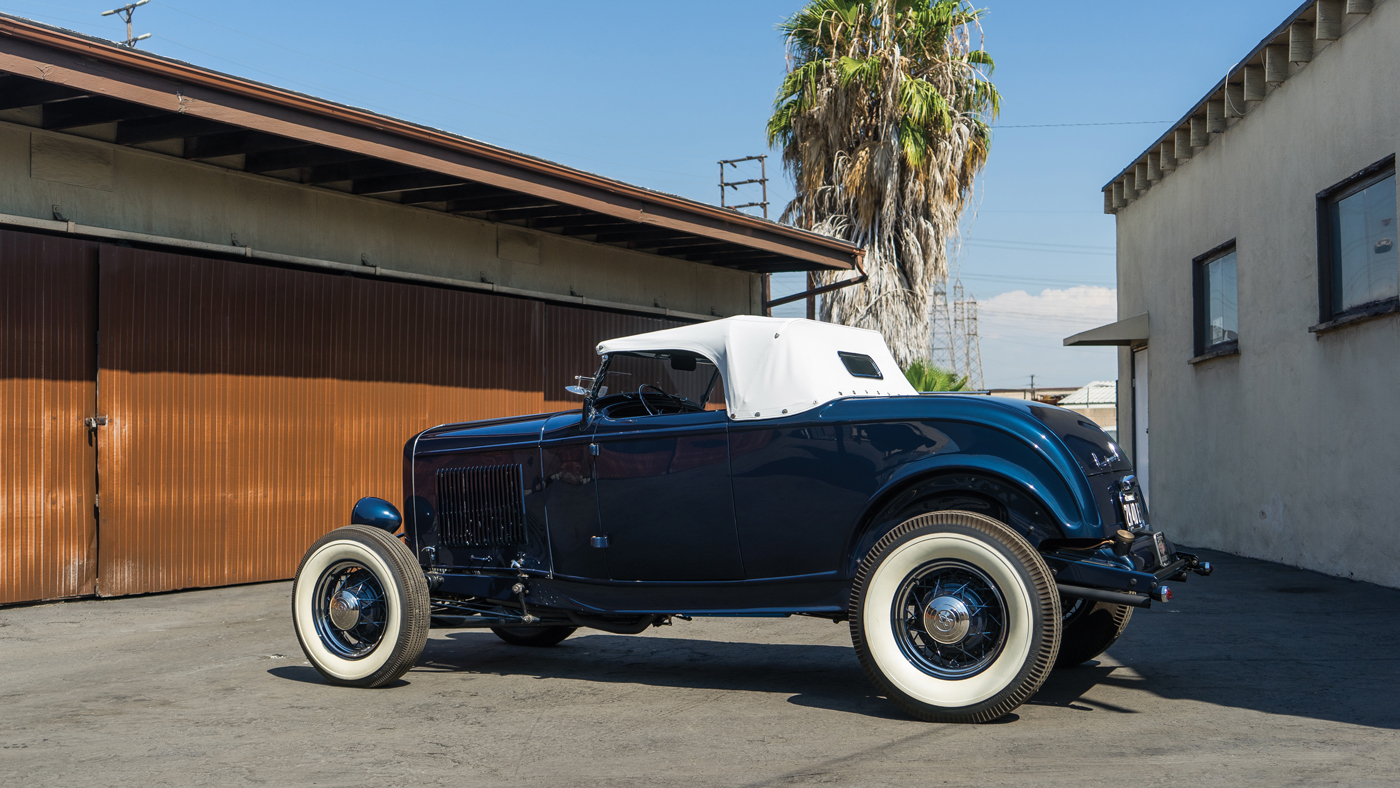 Among the standout offerings on the block this year is the 1932 Ford “Pete Henderson” Roadster 1944 (estimated at between $160,000 and $180,000), which earned its name after Pete Henderson and his vehicle successfully raced a dominant quarter-horse in 1944.

The blue bodied, white-topped hot rod is “unique because all its modifications were done in-period, and not in the ‘50s, which is not common and truly puts it in a special category,” says Duff. He adds that the car comes from the estate of the late Ralph Whitworth, a pre-eminent hot rod collector. “It’s got the correct engine and is not a re-creation. Most of the people who have original hot rods like this aren’t selling.”

American cars don’t get much more iconic than the 1936 Cadillac V16 Convertible Sedan by Fleetwood (estimated at $700,000 to $850,000). At 20 feet in length and packing 16 cylinders, it feels like it should have a police escort for a Sunday drive. This particular example fittingly enthralled visitors to Chicago’s Museum of Science and Industry from 1949 until 2008, after which the Pebble Beach class winner was revitalized by its recent owners. 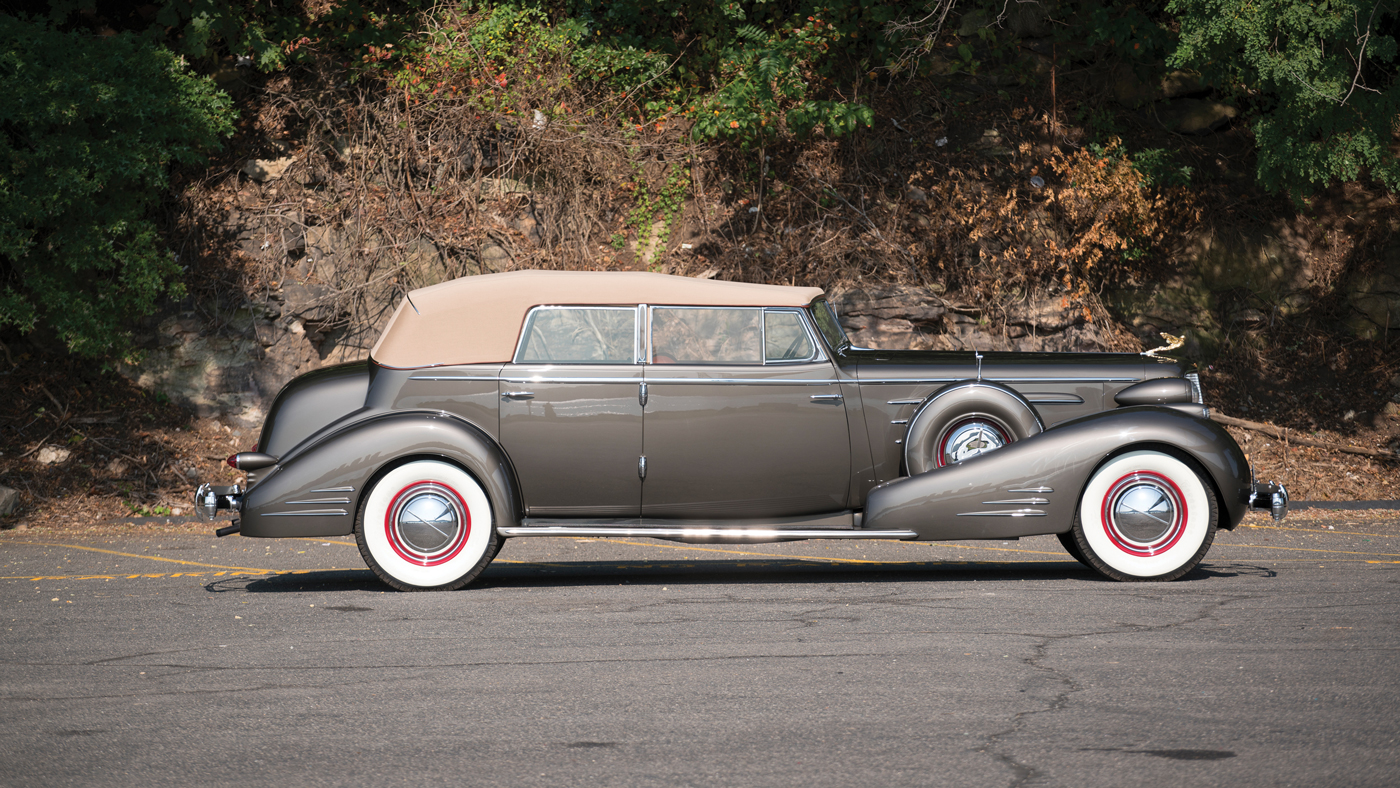 “It has to be just about the most unmolested V16 Caddy on the planet,” says Duff. “It’s more than 80 years old and has 15,000 miles on it. You could buy this car and tour it, and get the same feeling the original owners did back in the day. That’s something you just won’t have with a car that’s been totally restored.”

No less impressive is the 1934 Packard Twelve 2/4-Passenger Coupe (estimated at $325,000 to $375,000), one of only eight known examples to have survived the subsequent tinkering that typically accompanied such cars. 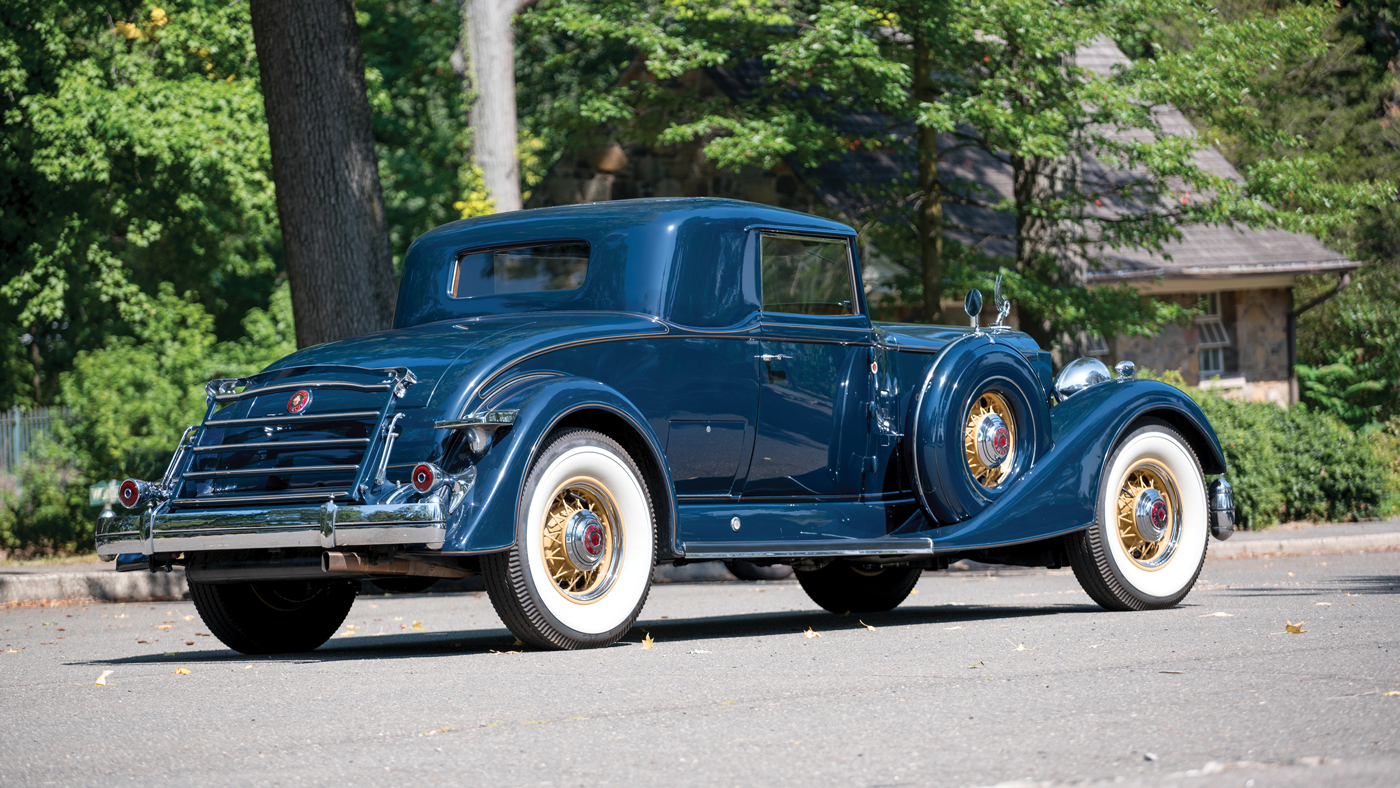 “It was common for people to take a coupe like this and just cut the roof off to make a convertible,” says Duff. “This one has all its history from new, and been owned by the same folks for the past 20 years who just took it out on tours.” Film buffs might find it interesting that this particular car was used to chauffeur movie star Jayne Mansfield in the Indianapolis 500 Parade in 1961.

And while it might not carry a six-figure estimate, a 1937 White Model 706 Yellowstone Park Tour Bus by Bender (estimated at $30,000 to $40,000) has already caused a stir with online bidders peppering RM Sotheby’s with questions. For this reason, Duff bets that it will blast well beyond expectations. 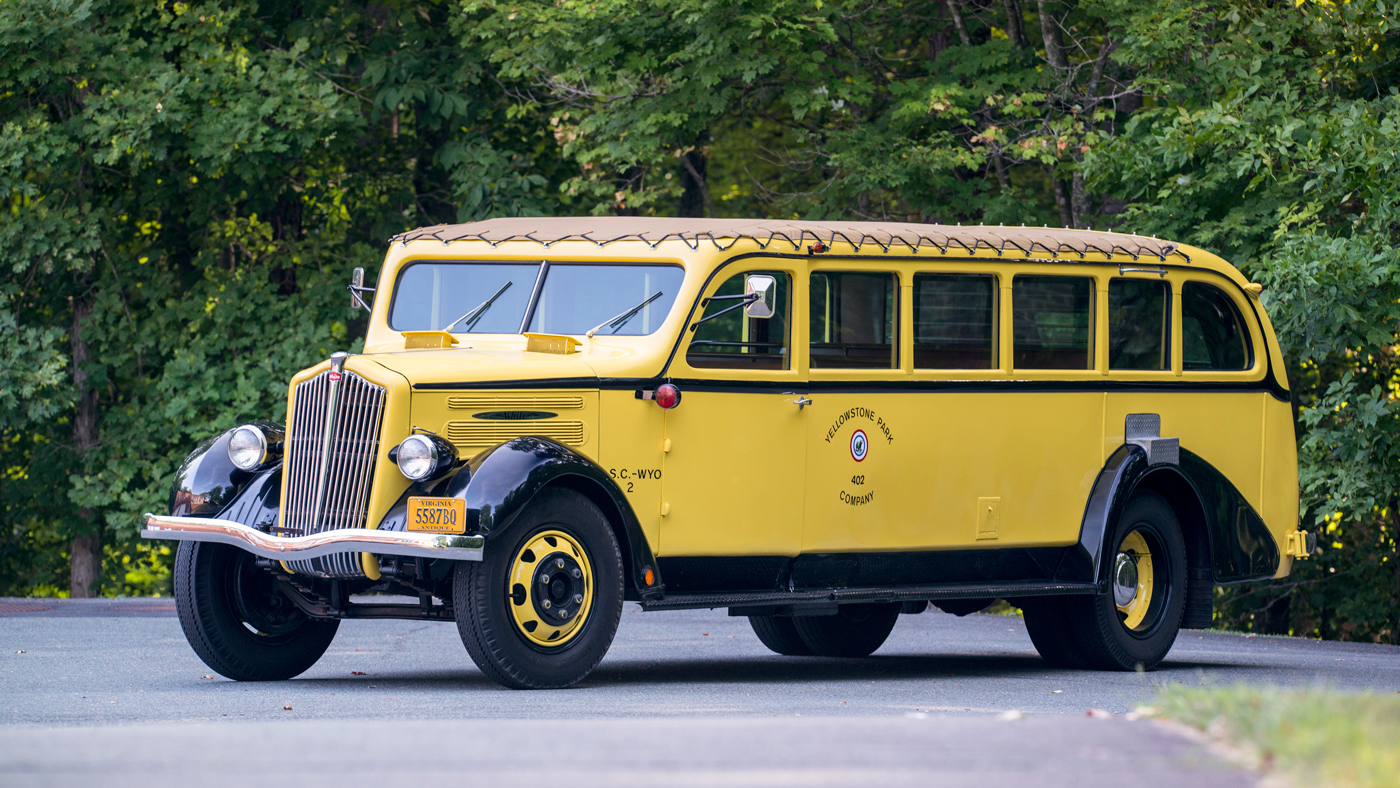 “This one’s been upgraded mechanically, so it’s more modern to drive,” he says. “The fun factor for the price is huge, I don’t know much that you could buy for less than $50,000 that’s as cool as this. You might not be bringing it to Pebble, but you sure as anything would be making a statement with friends.”