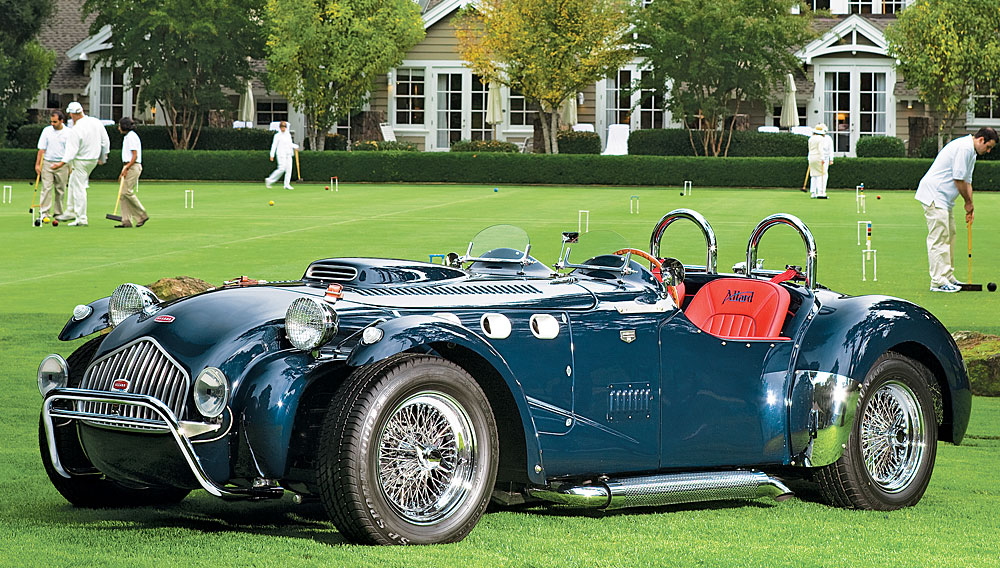 This jewellike roadster is just the ticket for jaded, I’ve-driven-everything types who long for something off the hoof-beaten path of Italian supercars, popular Porsches, and common Corvettes. Much admired by collectors and vintage racers, the original Allard J2X was one of the first Anglo-American hybrids—British designs powered by big American engines—and a track legend throughout the 1950s. Today the J2X is extremely rare: Only 83 were made between 1951 and 1954, and fewer still have survived.

However, like a handful of other worthy marques whose names have been resurrected by new owners, Allard has recently been brought back to life. Though no relation of Sydney Allard—the engineer who founded the company in 1936 and ceased manufacturing in 1959—its rescuer, Roger Allard, has nevertheless taken pains to preserve the J2X tradition established by his predecessor while, at the same time, introducing 21st-century refinements to this next generation of roadster.

Engineered and built to standards of performance, safety, and fit and finish unthinkable during its first life, the reincarnated Allard, which has a base price of $138,500, is an exquisite and accurate re-creation of the 1950s-?era original. Weighing a mere 2,750 pounds, the MkII has an enviable power-to-weight ratio, which translates to instant acceleration, thanks to a potent V-8 engine. (Our test model was powered by Chrysler’s current 5.7-liter Hemi.) Modern suspension and brakes provide capable handling and stopping power to complement this speed, making for a thrilling driving experience. Despite a dachshund-like shape and monstrous hood, this long MkII exhibits elegant road manners: Its light steering and smooth ride are downright luxurious in comparison with those of hair-shirt roadsters such as the lovable but bone-rattling Morgan. Clearly the builder has lavished attention on the quality of materials: The leather, carpets, and machined metal are worthy of any custom hot rod. The engine-turned aluminum dash is a work of art, as are the many surprising details that remind the driver that this car is definitely a handbuilt labor of love. Do you need an Allard in your garage? If you want to enjoy honest, open-air driving unencumbered by the idiosyncrasies of vintage vehicles—and if fun is on your driving dance card—then the answer is yes.