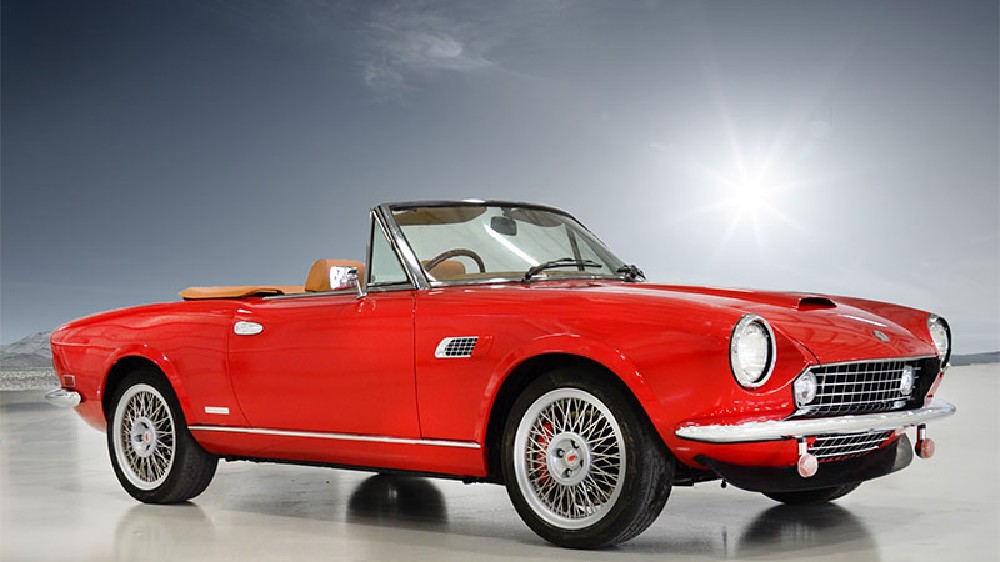 It will surprise no one that vintage cars can command a pretty penny on the collector market. Still, $140,000 is an awful lot to ask for a 1983 Fiat Pininfarina Spider America. There has to be something special about a car with that kind of price tag, and in the case of Roadster Salon’s Spider, there is.

The Barrington, Illinois-based Fiat restoration wizards have taken one of the ‘80s more under-appreciated convertibles and, well, converted it to electric power, according to an eBay listing for the car. And while some will wonder if that makes the car worth as much as a brand new Porsche 911 Carrera 4 GTS Cabriolet, we’re willing to bet more than a few Fiat enthusiasts will consider the environmentally conscious Spider a worthwhile investment.

Roadster Salon has taken the Spider’s original gas-guzzling powerplant and replaced it with a new dual-motor electric drivetrain made by the experts at Electric GT. This setup has been mated to the car’s original five-speed manual transmission—though it’s still unclear how a manual transmission works on an EV—and provides similar performance to its combustion-based predecessor, according to the restoration shop. The company didn’t reveal the car’s horsepower figures but did say it will produce 200 lb-ft of torque, which is plenty for a car this size. Other modern upgrades include a new braking and suspension systems, along with new steering components.

The exterior of the Spider has been given a new sheen but left relatively untouched. It looks like a new edition of the vintage car. Roadster Salon has given the interior a makeover, though, outfitting it with the same materials used in a number of Italian classics from the 1960s by Masserati and Ferrari.

“In 2016, Roadster Salon began development of the Spider America based on a high-performance gas driveline,” the company wrote on its website. “But after several years of testing and the emergence of an all-electric alternative, it became clear that a change in direction was necessary. The Spider America’s stunning body enhancements and technical upgrades provided the ideal platform for the ultimate expression of Roadster Salon’s design and engineering capabilities.“

Pricing for the 1983 Fiat Pininfarina Spider America EV begins at $139,995, though Roadster Salon says it will only produce 20 examples of the car each year. For those not convinced by the features list, a less expensive electric Spider conversion, the EV Jr., is available for $89,995.