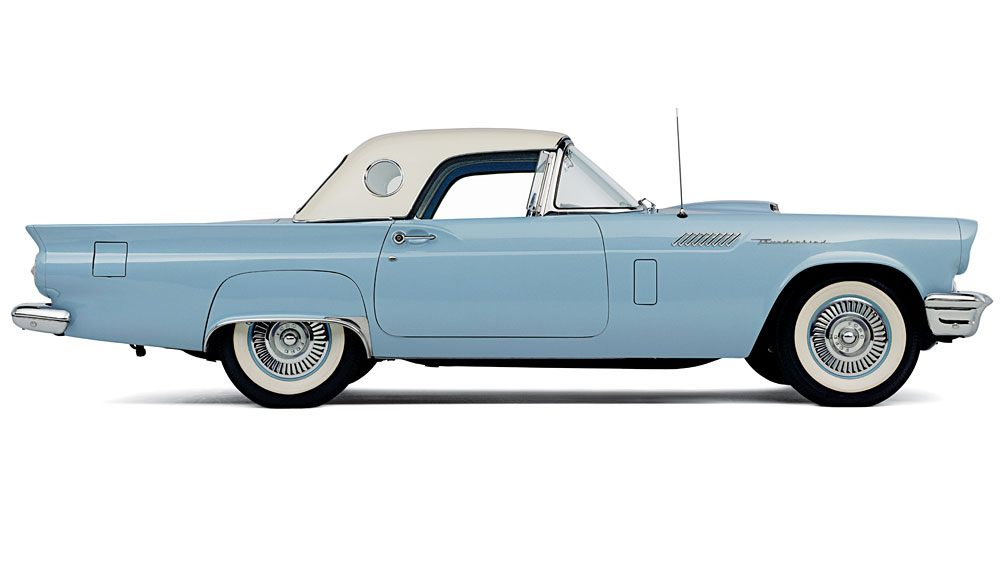 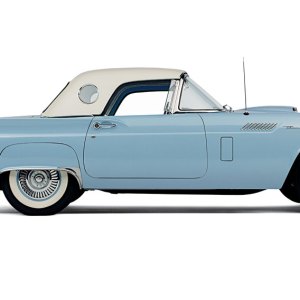 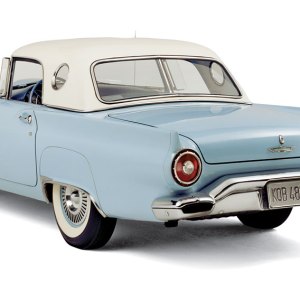 Marketed by Ford as a “personal car,” the two-seat Thunderbird arrived at the 1954 Detroit Auto Show as a challenge to Chevrolet’s year-old sports car, the Corvette, offering a 292 cu in V-8 that one-upped the ’Vette’s anemic straight-6 Blue Flame. The first-generation T-Bird—model years 1955 through 1957—evolved by its final year to sport portholes, more prominent tailfins, and a larger, 312 cu in engine. A few examples received Paxton superchargers that increased horsepower to 300 and prompted owners to race their cars. But most Baby Birds—as collectors call the smaller, early models—performed only boulevard-cruising duty. For 1958, Ford’s Robert McNamara ordered a redesign that added backseats. The change improved sales, but not aesthetics. Thus the early Birds remain the most desirable Ford collectibles of the 1950s. And perhaps no car better expresses the optimism of the Eisenhower era than the ’57 Thunderbird in period pastels.