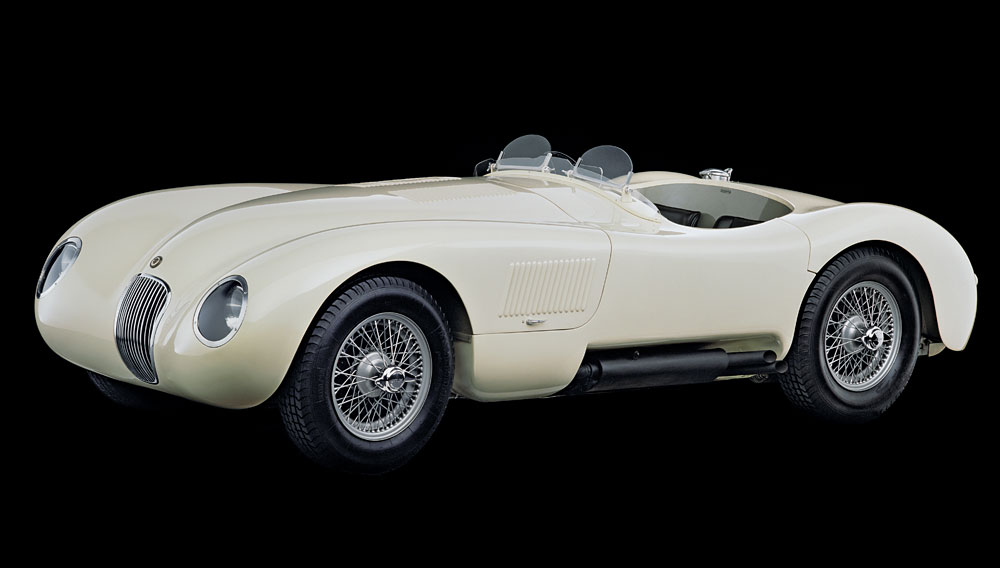 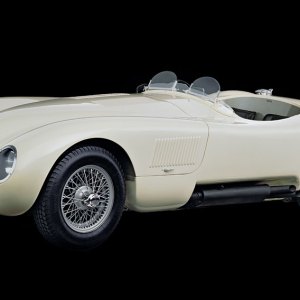 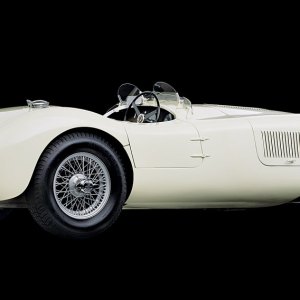 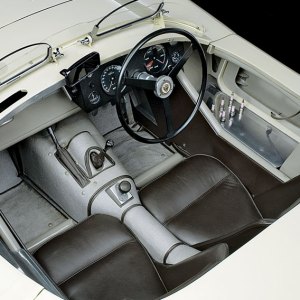 For the competition-bred XK120C, also known as the C-Type, Jaguar took its successful XK120 and gave it a purpose-built aluminum body designed by automobile-aerodynamics pioneer Malcolm Sayer, a lightweight tubular frame, and a more powerful engine. The upgrades enabled the up-and-coming British terror to claim victory in its Le Mans debut, in 1951, and again in 1953.

Jaguar produced a total of 53 C-Types during the three-year period from 1951 through 1953. The D-Type, XK-SS, and ubiquitous E-Type followed, but of all these cars, the C-Type best embodied Jaguar founder William Lyons’s vision of a stalwart roadster built around an inline-6.

The automobile pictured here, serial number XKC026, first belonged to the pulp-fiction writer Alfred Coppel. It is said that racing legend Phil Hill also owned the vehicle at one time and restored it.