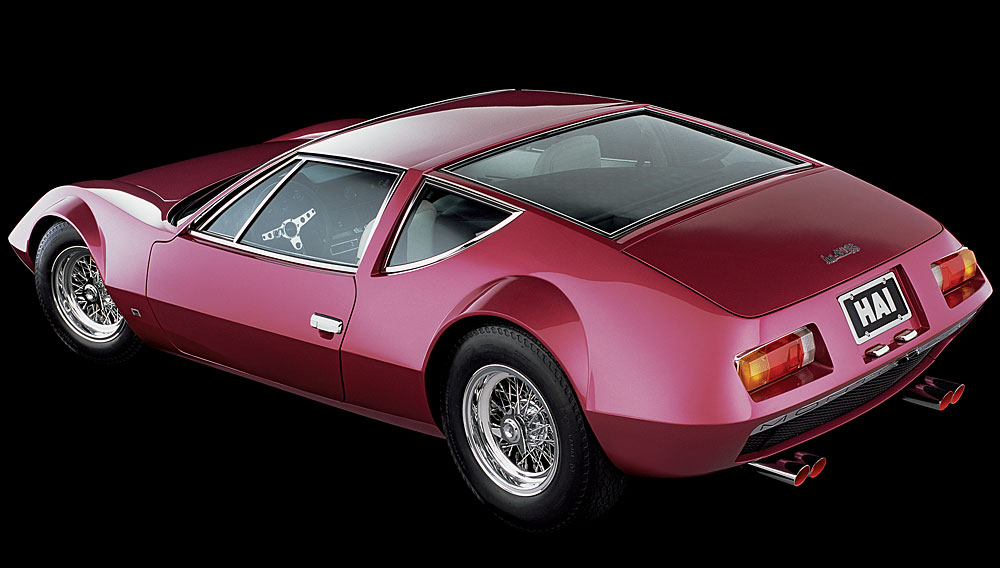 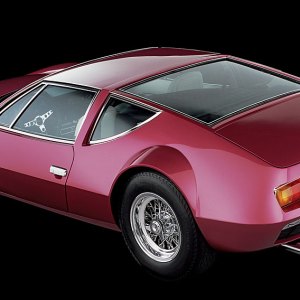 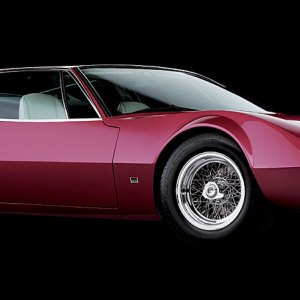 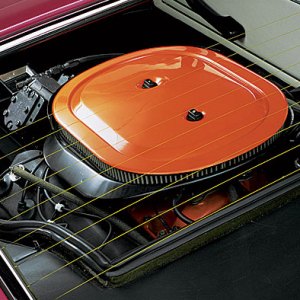 Swiss automobile manufacturer Peter Monteverdi introduced his mid-engine masterpiece, the Hai, at the 1970 Geneva Auto Show. He established his company in 1967 as a maker of refined, exclusive GT cars designed to cross the Continent, yet this low-slung two-seater—its name is German for “shark”—also took aim at supercar contemporaries like Ferrari’s Daytona, Lamborghini’s Miura, and de Tomaso’s Mangusta.

Regrettably, the debut of the shark failed to spawn orders; Monteverdi built but two, and two replicas constructed from spare parts followed. The first of the initial pair (pictured), currently for sale at Fantasy Junction (510.653.7555, www.fantasyjunction.com), recently was restored to its original specifications.