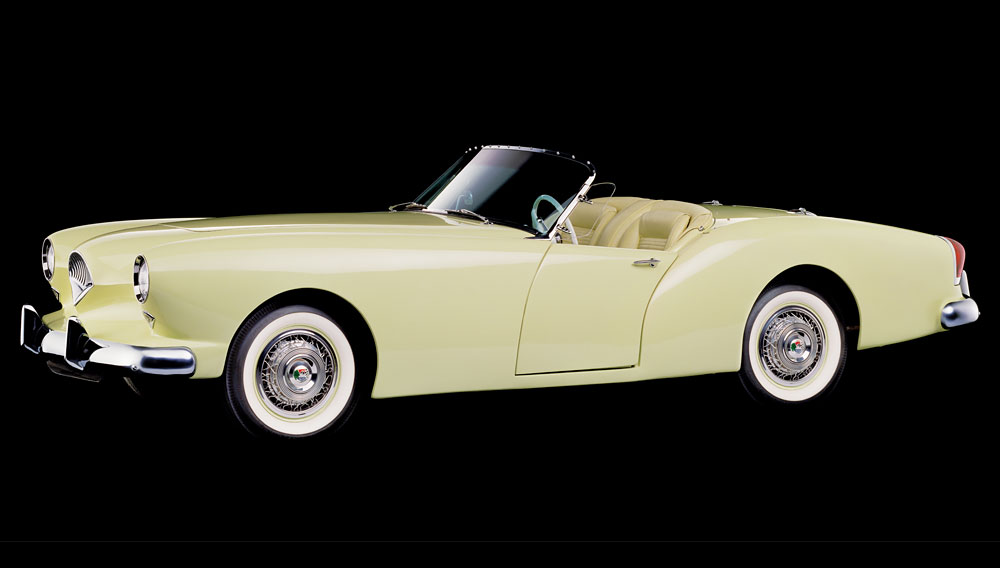 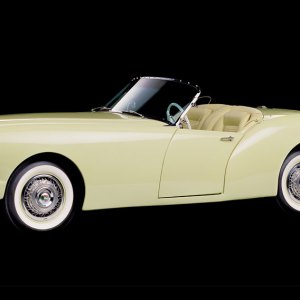 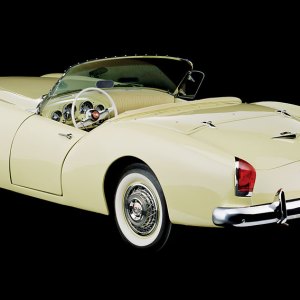 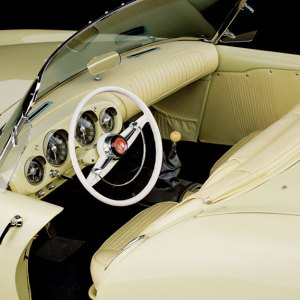 Kaiser Motors Corp., which built cars in the United States from 1945 until 1955, introduced the Kaiser-Darrin model in late 1952. This was about a month before General Motors debuted the Corvette, thus making the Kaiser-Darrin America’s first fiberglass sports car. (The distinction is ironic considering that the company’s owner, industrialist Henry J. Kaiser, knew a thing or two about steel.) The Kaiser-Darrin was also the only car with pocket doors that slid into the front fenders.

Kaiser’s partner in what proved to be the company’s only sports-car venture was noted California designer Howard “Dutch” Darrin. Though Kaiser disapproved of the roadster prototype, his wife championed the car, which led Kaiser to bless it ultimately.

Priced at $3,668, the Kaiser-Darrin was expensive for its day, and its 90 hp Willys 6-cylinder engine failed to deliver the type of performance suggested by Darrin’s stylish design. The company built just 435 in the car’s only year of production.