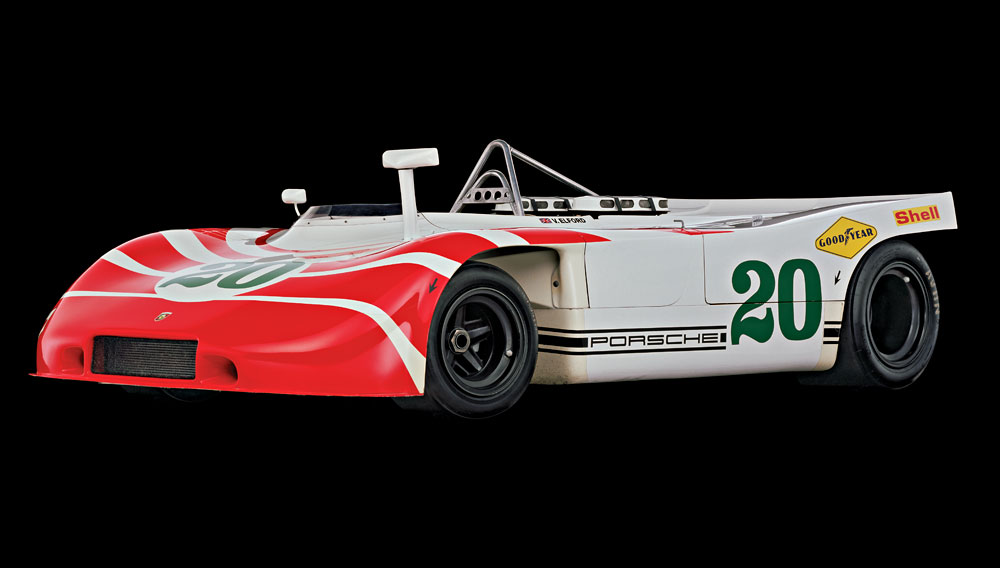 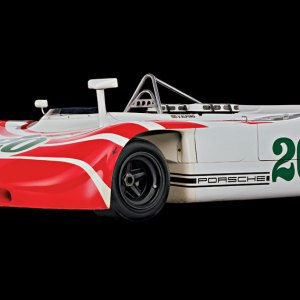 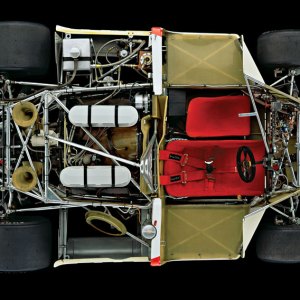 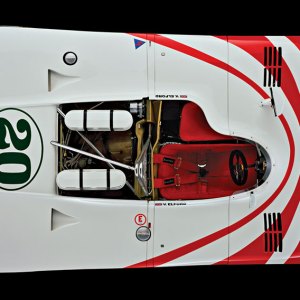 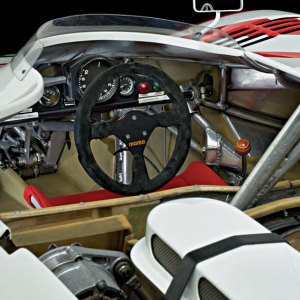 Less than two decades after its humble beginnings in sports-car racing in the early 1950s, Porsche was engaged in prototype racing with such sophisticated machines as the 906, the 908, and the all-conquering 12-cylinder 917. In the 908/3’s debut year, 1970, Porsche scored wins with examples of the car on the Targa Florio and the Nürburgring, the type of twisting circuits for which the vehicle was built. Its aluminum space frame and air-cooled flat 8-cylinder engine minimized weight and maximized handling.

Shown here is chassis number 007, which was Vic Elford’s 1970 Targa Florio works entry. It was campaigned for three years before being sold to privateers in 1973, when F/1 prototypes began dominating sports-car racing. Restored in its original Targa Florio sunburst-over-white livery, this car—one of only 11 built—remains a competitive historic racer. It is available for the next collector through Tillack (www.tillackco.com) of Redondo Beach, Calif.