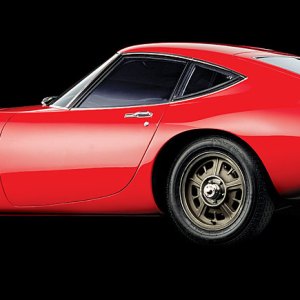 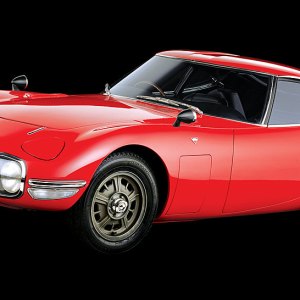 Conventional wisdom once held that all Japanese cars were cheap or stodgy. That opinion began to change at the 1965 Tokyo Motor Show, when Toyota debuted the 2000GT. Conceived by Yamaha—a company known for building motorcycles and pianos—the two-seater featured a wood-paneled interior, a fully independent suspension, and a 2-liter, straight-6 engine that delivered 148 hp. Thus equipped, the 2000GT broke 16 world speed records during testing in 1966. The car’s reputation received an additional boost when, in an early example of product placement, it appeared in the 1967 James Bond movie You Only Live Twice, in which Sean Connery drove a convertible version. (The actor was too tall to fit comfortably inside the coupe, so Toyota removed the tops from two of its cars.) Despite 007’s endorsement, Toyota ceased production of the 2000GT in 1970, after selling fewer than 350 cars. Still, at a price of $7,230—higher than many Jaguars and Porsches of its era—the 2000GT forever altered the meaning of “Made in Japan.”