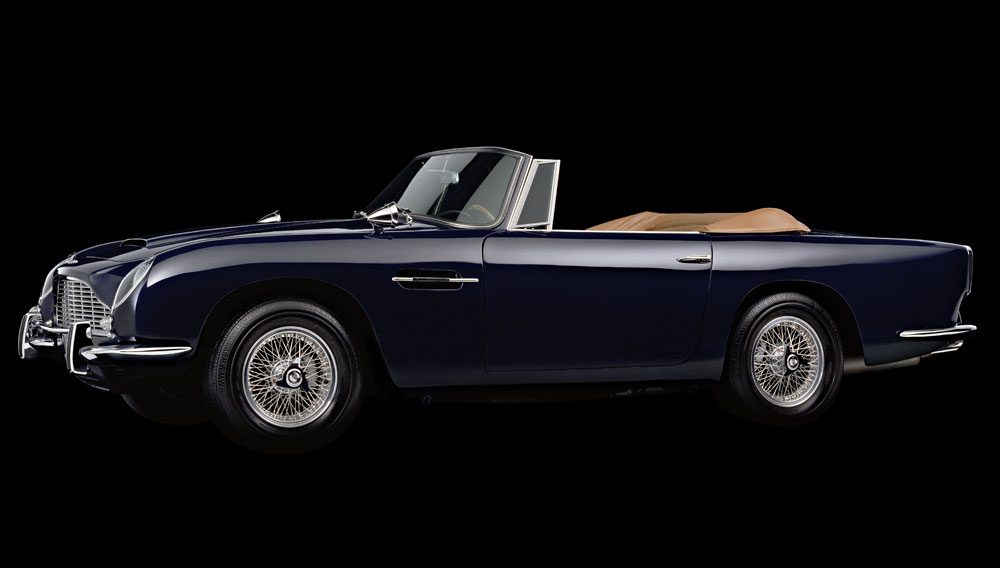 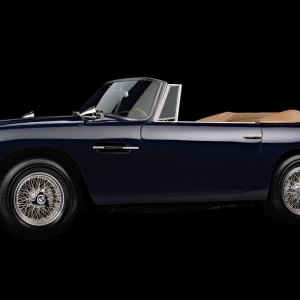 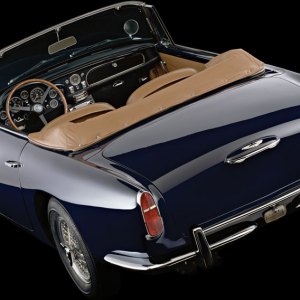 The archetypal spy car from the 1960s, Aston Martin’s DB5 continues to enthrall secret-agent aspirants and collectors alike with its timeless lines and classically British understatement. The DB5, produced from 1963 to 1965, was essentially the sixth and final series of its predecessor, the DB4. Aston Martin made 898 DB5 coupes and 123 DB5 convertibles. Rarer still is the Volante—Italian for “flying”—a convertible that immediately followed the DB5 models. It employs the DB5 chassis but displays some design elements of the then-new and longer-wheelbase DB6 coupe. Aston Martin produced just 37 examples of the Volante from 1965 to 1966, before replacing it with the DB6-derived Volante I.

The Volante’s body design originates from Milan’s Carrozzeria Touring, which, with its Superleggera construction method, wrapped panels of aluminum skin around a lightweight skeleton of thin steel tubes. Under the bonnet, the 4-liter, dohc, straight-6 engine in Vantage tune developed 325 hp. Under the hood—British parlance for the convertible top—is an intimate, Connolly-leather-swathed interior that remains a fitting complement to a Savile Row suit.