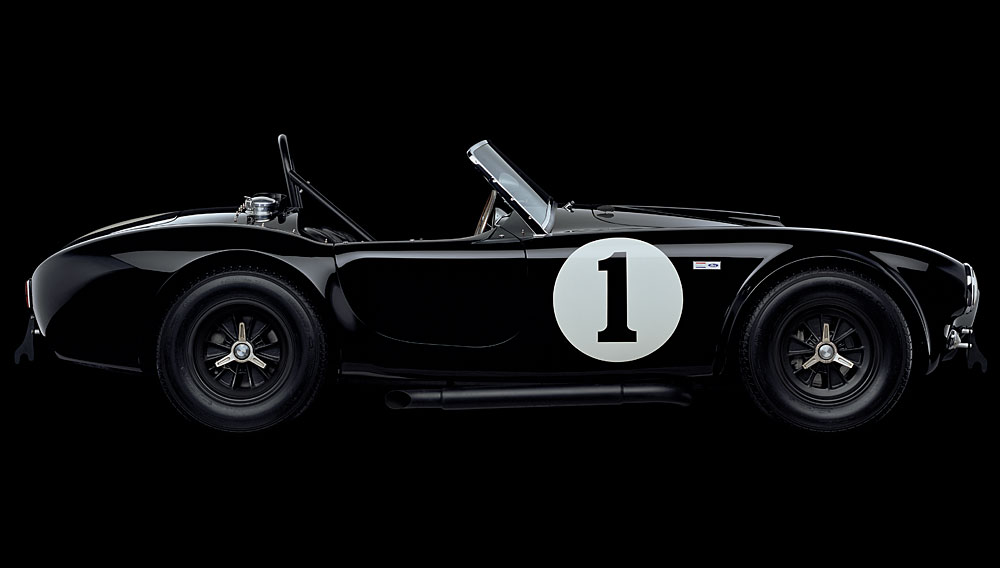 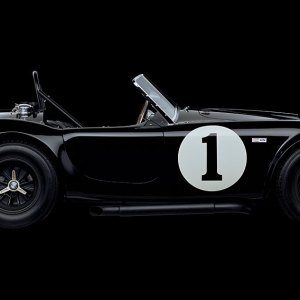 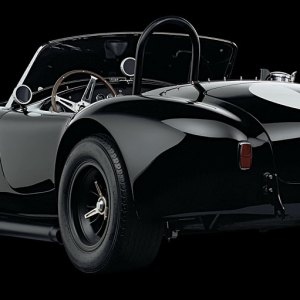 No sports car asserts the spirit of the American hot-rodder more clearly than Carroll Shelby’s original AC Cobra. Born in an era when brute power and handling finesse were mutually exclusive objectives, this lightweight, aluminum British roadster with a potent Ford V-8 engine achieved both, proving formidable on the street and track. In 1962, Shelby built the first production Cobra, number CSX 2001 (pictured). Shortly thereafter, its then owner, Camoradi race team creator Lloyd “Lucky” Casner, shipped it to Le Mans for the 1964 race. To make the car more competitive, Ford Racing later upgraded it with a 289 cu in engine topped by a quartet of Weber carburetors. The racer continued to compete in Europe until its owner retired it in 1966.

CSX 2001 has recently undergone a full restoration, and its current caretaker, Bruce Meyer, drives it often on the streets of Los Angeles. “Carroll Shelby still has CSX 2000,” Meyer says, “so this is as close to the Holy Grail as it gets.”