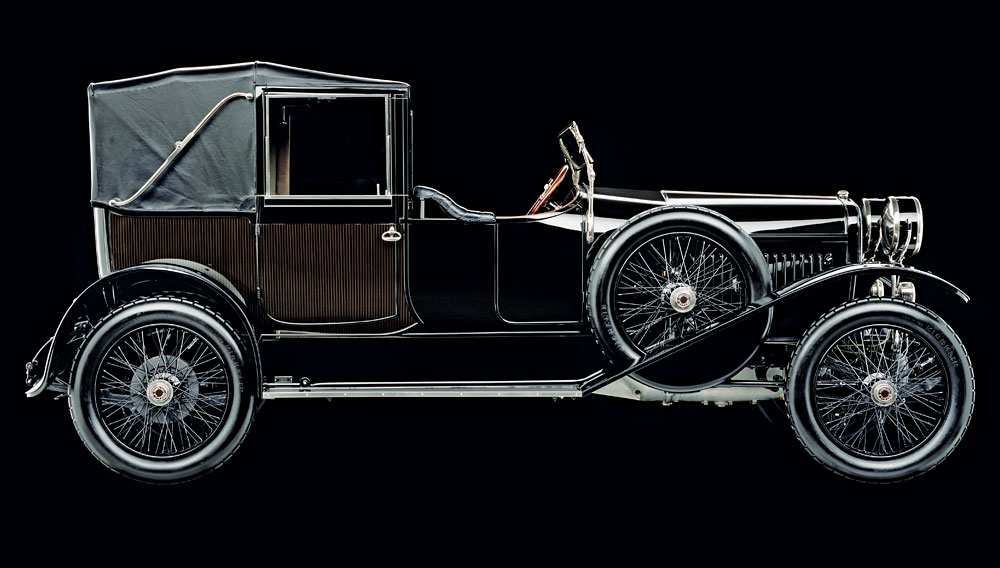 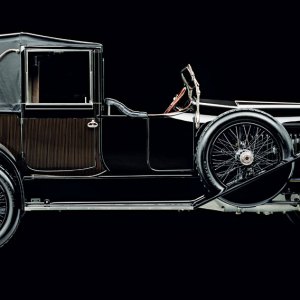 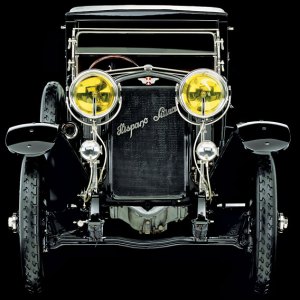 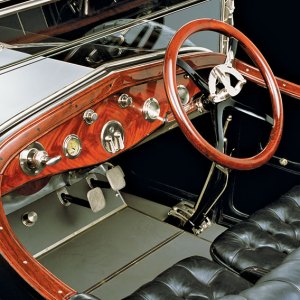 A now-defunct Spanish marque that was founded at the beginning of the 20th century, Hispano-Suiza gained renown as a manufacturer of exceptional automobiles under the direction of Swiss engineer Marc Birkigt. The cars won races and attracted the attention of Spain’s King Alfonso XIII, who acquired more than two dozen of them.

This Hispano-Suiza Type 32 Collapsible Brougham with coachwork by Baltasar Fioly-CIA is titled as a 1916 model, but it was likely built in 1918. The car is powered by a 4.7-liter, 4-cylinder inline engine that developed 30 hp. The 4-speed transmission was sophisticated for its day, as were the rear mechanical drum brakes and the front and rear semielliptic leaf-spring suspension. The Type 32 shown here was imported to Mexico from Spain shortly after it was built. It emerged at Pebble Beach in 1993 and subsequently underwent a full restoration that left its original fixtures in place.